Shamelessly Shamus: Why Europe is positioned to leapfrog the United States 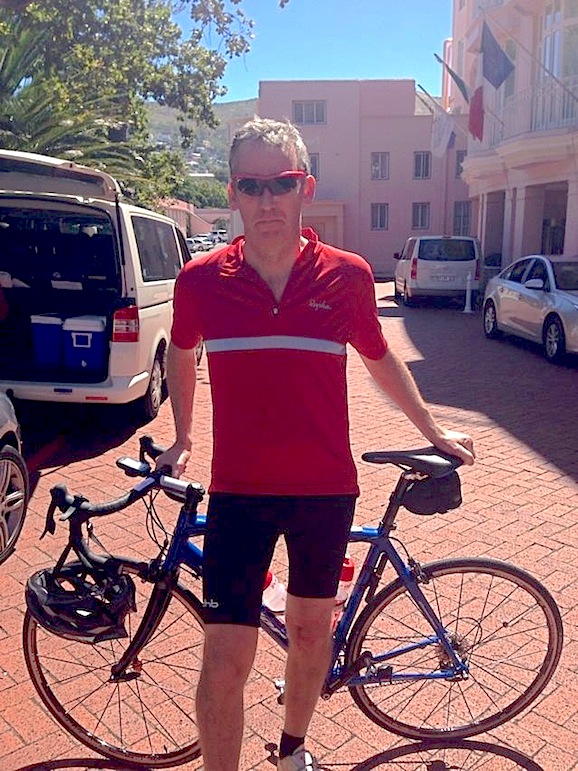 Did you hear the one about the Mamil (middle aged man in lycra), who got off his bike, donned a suit and tie and joined a Big 4 consulting firm to wax lyrical about sourcing strategy?  And not only that, he is called Shamus Rae, the shameless sourcing strategist from Islington…

Shamus has been in the sourcing business since 1993, where he started off working with British Airways and overseeing a lot of outsourcing of IT services to India. This is when he came up with the idea to build a company to act as an offshore BPO for the airline industry, which became WNS. In addition, Shamus built IBM’s BPO Service from zero to 17,000 people in MEA (Middle East and Africa). In total, he’s had 21 years in the industry working for suppliers, including 13 years working with clients on multi-functioned shared services and outsourcing around the world. And all this in addition to his 120 km a week cycling addiction.

Phil Fersht, CEO, HfS Research: Good afternoon, Shamus, and thank you very much for taking the time with us today. Let’s cut to the chase – are US enterprises ahead of the British/Europeans with sourcing?

Shamus Rae, Partner at KPMG, London: Categorizing “Europe” as one homogeneous region is too generic. The United Kingdom, plus Switzerland, are as sophisticated as the United States, and sometimes more cutting edge. However, other European countries are in catch-up mode. We’ve been doing some work recently for a large French bank helping them build a global sourcing strategy for their finance function. I asked the CFO whether he wanted to simply do a strategy or whether he was actually going to execute. We get many requests for sourcing strategies for organisations, of which a high number are never executed, but take up a significant amount of time for my team. To be fair to this client, he said that this time the bank is going ahead, and in fairness to him, he’s now built an offshore center of excellence on a global basis. In a nutshell, Europe is in catch-up mode but they’re positioned to leapfrog the United States.

Phil: At our recent UK Blueprint event at HfS, attendees were more open with their issues than many of the Americans that we regularly deal with…

Shamus: The fashionable trend is talking about robots in shared services. The way these concepts are branded is a bit too much sometimes. If you talk about operational efficiency and the future of robotics with French and German colleagues or clients, it can be too American. The best approach is to engage different countries in the right way for them and ensure there are relevant discussions on all of these topics and trends that are emerging

Phil: Is the industry vastly different from five years ago when we were going into the recession? Has there been a lot of shift, or is it more noise?

Shamus: There’s been a massive shift. I’ve been through a few recessions but none quite as significant as 2008. Previously companies were mostly focusing on straightforward labor arbitrage and people were trying to find quick cost savings. This recession was different, in terms of the way it drove the sourcing industry. People wanted cost savings for sure, but they wanted to put in the right governance, and handle more complex work within the sourcing environment. They wanted to think about the next step beyond offshoring.

There’s a lot more of a drive towards process standardization—what’s going to happen within a retained organisation to ensure that the business benefits are delivered? Therefore, it’s a more interesting time. The impact has also seen dramatic growth in multi-function shared services organizations within clients as well. The global business services piece has really taken hold. It’s a dramatically different environment. Some of the outsource players are not seeing as much work as they would expect because people are being more sophisticated about the way they’re building the “above outsourcing” functions and the way they’re approaching simplification and standardization.

Phil: The joint research that HfS Research has done with KPMG (see link) has pointed to a sharp increase in the amount of investment that clients are making in their offshore shared services (captives) but a little bit of a slow-down, and more of a moderation, in their investment in outsourcing. Is this because they’re moving more high-level services to shared services and want to keep them in-house first, or do you think there’s a general swing to a shared services model and leveraging outsourcing as a kind of “flex-tool”? What’s your view?

Phil: I want to talk with you about the change process that some of the companies need to go through. Clients are fairly willing to admit that they’re not very happy with their own talent. Only a third of them feel that their existing Operations talent can balance their existing capability analytics or add creative thinking or ideas. It sounds like we’re at an impasse where providers can’t deliver everything the clients want, but at the same time clients seem to be struggling to develop their own talent base. Do you agree, and what do clients need to do to develop their own talent?

Shamus: Most people are unhappy with their own support functions. People always have great expectations about what those should deliver. Professionalising your support functions, with the global business services trend, is helping to meet the growing expectations of the Board and the end user. However, transforming the support functions with people who really care about the services provided to the end business, changing the culture of the support function to be customer orientated, and minimising the amount of transactional work that takes place through automation has made a big impact. In reality, there are lots of people who are automating or outsourcing transactional work and expecting the staff to suddenly become great at customer service and business partnering. That takes a lot of time to do.

Analytics is a really interesting “crunch point.” We’re all bored of hearing about big data but it’s a massive trend, both for KPMG and for our clients. The number of people who can work in that space, relative to demand, is dramatically out of kilter. Does that talent, wherever it is in the world, want to be working for a client organisation or for an outsource organisation? There are great pure-play analytics that are attached to consulting businesses. For example, Prophet in the United States is a great brand consultancy organisation and they’re building great analytics capabilities underneath it. At KPMG, we have a great brand and organisation and have deep capability in analytics.

Phil: What about young talent—the Millennials? Is it important to embed more young talent into the sourcing model?

Shamus: Back in 1993, especially in India, it was full of young talent. It’s an industry that was built on grabbing people from universities to satisfy the demand for labour arbitrage and starting new organisations. It would’ve been nicer to have a better culture within the companies, which is appropriate for the new generation coming through. In reality, the work is getting more sophisticated. You need people with more experience to start work here. Relating this back to culture, it’s a major deal. Everyone is trying to find a way to get the young, current graduate way of thinking. We have one client, a US FMCG, that is trying to move completely towards a project-based, rather than a standard, hierarchical organisation, so that they can tap into creative ideas and revolutionary thinking which comes with the current generation of people who use mobile apps. It’s a major bet on a new way of working, coming from 25-year-olds today.

Phil: We’re seeing more development in, oddly enough, the IT space where there’s a lot of pressure around digital and plug-and-play capabilities—people who can understand cloud and programming and analytics. The Indian majors have a really good Millennial model stemming from building out the ITO delivery three or four years ago and it’s now bearing fruit. On the BPO model, it’s hard to find people who want to build their careers around finance and accounting. It’s a professional issue, not a skills issue.

Shamus: I think that’s right. If you look at what KPMG’s up to, we’re rapidly building our Customer Advisory piece, with great teams in the United States and United Kingdom, and lots of great people in Analytics from lots of acquisitions (Link Analytics, Cynergy, etc.). We’re reshaping the business to be the front office as well as the back office. It’s a great, crazy environment, not like any KPMG office you go to normally. There’s a massive shift going on. A lot of the previous pieces will be automated away.

Phil: It’s almost like the Global 2000 will be trying to get smaller. They’re getting focused on the products, on middle- to front-office activities. We’ll have a larger SME sector. 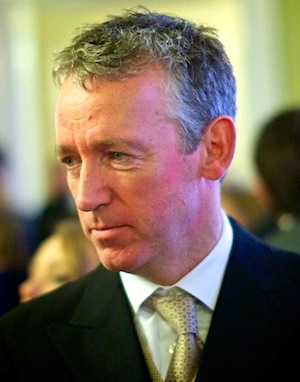 Shamus: This is a reality when you look at the 10- to 15-year window. There’s a lot of great talent because jobs get digitized away. KPMG is trying to find models in which they can create the atmosphere of working in a smaller organisation. KPMG in the US  recently acquired Cynergy US, a mobile apps company, and we will build a new customer and digital office here in London leveraging this asset. The firm has always been good at allowing entrepreneurial spirit yet getting the economies from acting at scale.

Phil: Final question: if you could change the industry in one way, what would it be?

Shamus: I want to make this industry global rather than Indian, getting more sophisticated with analytics or mobile apps. I’m not saying it shouldn’t happen in India because I believe it should—I’ve been a 20-year fan of India. However, the brand that’s associated in legacy BPO is actually holding back organizations’ ability to play in new IT and KPO; the brand needs to move from legacy BPO and labor arbitration.

Phil: Shamus – it’s been refreshing!  We’ll definitely have to have you back soon 🙂