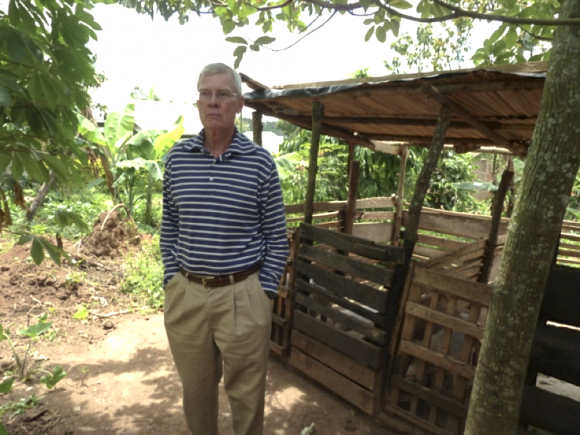 There’s been so much talk the past couple of years about which levers need to be pulled next to squeeze more value and efficiency from BPO services, with many firms fearing they’ve hit a wall beyond shifting as much labor arbitrage as they can to India, Philippines, Mexico and Eastern Europe.

Yes, you can standardize and automate more processes to reduce your reliance on manual labor inputs, and even re-invent your processes to eliminate unnecessary tasks.  And yes, you can replace legacy on-premise software with modern SaaS solutions that negate the need for so many IT and process administrators to keep your workflows ticking along.

But how about exploring an entirely new continent for talent availability that can pull an entirely new lever of efficiency and potential value for your business:  East Africa. And who better than a veteran global services luminary, in his fifth decade of experiencing global sourcing,  to take a sabbatical from advisory work to get up close and personal with the potential of this region? Without further ado, over to you, Charlie Aird…

“Dr. Charlie”, PwC’s Global Leader of Shared Services and Outsourcing was recently awarded a 5 week sabbatical by his firm. He volunteered to do mission work in Uganda. He and his wife are sponsors of Debbi Hobbs, his sister-in-law, with the International Justice Mission. Charlie was providing services to a not for profit, micro-financing organization that is focused on IT startups. Since he was not busy enough, Charlie provided pro bono consulting services through PwC in Uganda and Kenya. Charlie leveraged his experiences from living in India and working in Asia, Eastern Europe, and Latin America to provide services to Kenya and Uganda.

When people think about Africa, they often think of the vast Sahara desert, the metropolis of Johannesburg or the game parks across the region, but often forget the vast continent in between.  East Africa has many unique and positive facets that make it a great opportunity for further BPO expansion.  The population speaks English and has a neutral accent that is very easy to understand for either British or American based multinational companies (MNC).  Unemployment is high, even among the young and educated, providing a large supply of workers that can translate their current skills to a BPO atmosphere.  Salaries are still at a low level, especially for the language skills provided.  Some levels of infrastructure are much higher than one might expect, for example, cellular and wireless services are widespread, even in remote areas, though sometimes electricity is not.  In many ways East Africa resembles India 20 years ago or even Costa Rica of the recent past – largely agrarian economies that have a demographic bulge of young, educated workers that are looking for opportunity and employment at the next level.  With the right levels of investment from MNC and government, East Africa can be the next sourcing designation for BPO.

Kenya attained independence from Britain in 1963 and is the most stable democratic nation in East Africa.  The country just had a presidential election, viewed by the western press as a difficult political process but internally as a transition. Although inflation has been high at points in the 2000s, both inflation and the currency are currently stable.  Kenya’s economy has grown at 7% a year since the global recession began, largely attributable to the telecommunication industry and innovation in IT services. In order to attract investment, Kenya has implemented the following tax exemptions:

Although it shows an understanding of the positive effect of tax breaks, these exemptions are only for demarcated Export Processing Zones (EPZ), which are not suitable for outsourcing organizations as they only apply to international work and are only available in limited locations.

English is the official language of Kenya and is the primary language in schools. Kenya has the highest expatriate population in Africa at 50,000 and there are 100,000 Kenyans living in the US, both as residents and students.  The cultural affinity with the US is strong, with most Kenyans having access to and watching US networks and using western internet sites.  Transportation infrastructure is strong, with international airports, excellent roads and railways to landlocked neighbors.  Many IT companies have their African regional offices in Kenya, including Google, IBM and Microsoft.  Many Telecoms companies also have a footprint in Kenya, including Vodafone, Orange, and Bharti Airtel.  Kenya has very strong software piracy laws and data protection is similar to US and European standards.  Criminal charges can be filed against employees who breach data privacy. 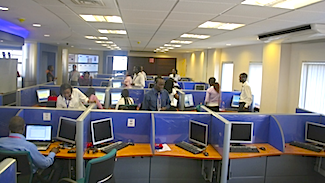 Although the biggest names in global outsourcing have not yet invested in Kenya, smaller providers have been on the scene for years.  Horizon was established in 2009 as the first multi channel international contact center and BPO in East Africa.

The provider has 350 employees and 3 contact center sites across Nairobi, with facilities scalable up to 600 seats. Today, the operation supports 13 major brands and provides language support in English, Swahili, Arabic and French across 6 countries.  20% of their volume is outside of the domestic market, supporting MNCs in Africa, US and Europe.  The operation supports MNCs across many industries, including pharmaceuticals, consumer electronics, telecoms, fast-food, government, insurance and manufacturing.  They support a wide range of services, including Retention (e.g., customer services, sales support, and incident management), Data Support (e.g., database cleansing, help desk, data entry), and Acquisition & Marketing (e.g., market surveys, lead generation, and in/outbound sales).  Horizon has been successful in establishing a strong presence in Kenya as an outsourcer, have secured multiyear exclusivity contracts with some of the largest household brands and will continue to expand while playing a pioneering role within the BPO space in Kenya.

Join us shortly for Part 2 of Charlie Aird’s East African experience, where he talks about the potential of Uganda and the Critical success factors for continued growth in East Africa. This article is authored by Dr. Charles L. Aird,  and assisted by Meagan O’Brien.

Dr Charles Aird (pictured above) is Global Practice Leader for PricewaterhouseCoopers’ Shared Services and Outsourcing Advisory.  You can view his bio here.