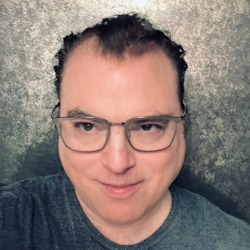 Phil Fersht is a world-renowned analyst, writer and visionary in emerging technologies, automation, digital business models, and the alignment of enterprise operations to drive customer impact and competitive advantage.

Fersht coined the terms the “Digital OneOffice” and the “Hyperconnected Economy” which describe HFS Research’s vision for future business operations amidst the impact of automation, AI and disruptive digital business models. In 2012, he authored the first analyst report on Robotic Process Automation (RPA), introducing this topic to the industry and is widely recognized as the pioneering analyst voice that has driven the evolution of the RPA industry.

Prior to founding HFS in 2010, Phil has held various analyst roles for Gartner (AMR) and IDC and was BPO Marketplace leader for Deloitte Consulting across the United States. Over the past 20 years, Fersht has lived and worked in Europe, North-America, and Asia, where he has advised on hundreds of operations strategy, outsourcing, and global business services engagements.

He is also the author and creator of the most widely-read and acclaimed blog in the global services industry, entitled “Horses for Sources” now entering its twelfth year.  He regularly contributes to key media publications and is a regular keynote speaker at major industry events, such as NASSCOM, ANDI, ABSL, Sourcing Interests Group and HFS Research “FORA” Summits. He was named Analyst of the Year in 2016 for the third time by the Institute of Industry Analyst Relations, which voted on 170 other leading IT industry analysts.