How Robotic Process Automation has become a right dog’s breakfast

Over the course of this year, practically every conversation we’ve been having about IT and BPO has culminated in the impact robotic automation will have on service providers, third-party advisors, RPA software vendors and the poor unsuspecting enterprise clients, all seemingly unprepared for the tsunami of impending disruption caused by this suddenly-discovered ability to mimic human behaviour in software scripts.

Sadly, most of these conversations are fraught with misconceptions about what RPA can – and should – deliver to the enterprise and real misunderstandings about the speed to benefit realization.  Yes indeed, the whole services industry has gone careening up hype creek, powered by advisor and provider-infused methane.  So let’s enter the kitchen of HfS’ Charles Sutherland, who will unravel the not-so-secret recipe of today’s RPA dogs’ breakfast…

In a recent survey of 178 enterprise buyers, only 11% of respondents said that they have extensive or even some real-life hands-on experience with RPA to-date.   That means that 89% of respondents have not really experienced RPA hands-on but were instead getting their insights on its capabilities via indirect messaging.  Much of this messaging on RPA has sensationalized the benefits (scope and speed) of this technology and, in the view of HfS, created a misrepresentation of the art of the possible today. So how did we as a market get to this point of serving up this Dog’s Breakfast of RPA? 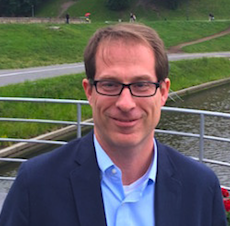 The Bottom-line: Automation is too important to get served up in this fashion

As a market, we haven’t done ourselves any favors by letting this Dog’s Breakfast develop. Automation needs to be too important a technological development for both business process and information technology processes for the current situation to be left as it is.   It is our goal as HfS to take our knowledge of what is hype and fantasy in this Dog’s Breakfast versus what is real and make it clear for the market as to what we really should be eating to start each day in this new era of automation.