If I had a Euro from each person who’s crowned themselves as the Sovereign of Sourcing, the Czar of Shared Services, or the Bastion of BPO, I’d be able to help Greece pay its next bill. On second thoughts, make that a Dollar…

However, one distinguished gentlemen who’d be embarrassed to even consider making said claims, was involved in setting up shared services and outsourcing frameworks for organizations long before those concepts even existed… and long before many of today’s sourcing professionals were even born. 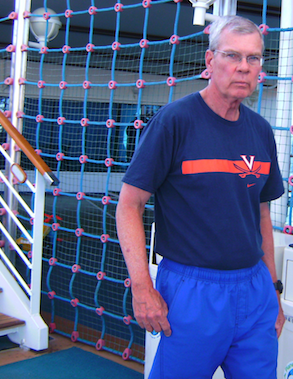 In Dr. Charles Aird’s four decade-plus career, he’s been a math professor, organized a state supreme court IT system, did business process outsourcing before it was BPO, and pioneered Global Business Services.

For Charlie (as he’s known in the business), it’s really all about planning and structure. He’s been CEO and COO for several industry organizations, and a senior figure in Big 4 management consulting. He’s crafted his career as an internationally recognized expert on evaluating companies and markets for sourcing potential, having lived and worked all over the world — including spells in Saudi Arabia, India, and Singapore, in addition to working in the United States and Europe, Latin America, Asia-Pacific and the Middle East.

Today, he’s avidly shaping the Global and US Practice for PricewaterhouseCoopers Shared Services and Outsourcing Advisory, where he’s clearly not lost his appetite for global travel and working with clients right across the world.  In fact, I cannot recall a conversation with him where he wasn’t scrambling to find a quiet corner of whatever airport he happened to be passing through at the time.

Oh… and before we begin our interview, please remember to sign up for this Wednesday’s webcast, where Charlie will join us in discussing the Evolution of Global Business Services.

Part I of this interview focuses on Charlie’s early career and how he’s arrived at his current role in PwC, leading the firm’s US and Global Shared Services and Outsourcing Advisory.

Phil Fersht: You have been a veteran in this industry for many years now.  Who is Charlie Aird? How did you get started, and how did your career develop to bring you where you are today?

Charles Aird: To start with, I was ‘outsourced!’ I was a university professor and I got outsourced to Saudi Arabia. Ahmed Zaki Yamani ((Minister of Oil and Mineral Resources from 1962 until 1986 for Saudi Arabia) worked with the King Fahd University of Petroleum and Minerals back in the early 1970s and built the university with help from several American universities such as CAL Tech and MIT. I set up the mathematics department, and helped set up the College of Industrial Management.

When I came back to the US, the Supreme Court of Virginia had consolidated 330 courts under one umbrella. They had no central system — no consolidated HR, finance, you name it. I was the CIO, and brought in project management skills, so we worked with the functional groups to set up shared services — we didn’t call it “shared services,” but that is essentially what they were.

Next, some guys from the university in Saudi set up a computer company and asked me to come back and help them get it off the ground. We ended up doing a lot of the systems work  for petroleum companies, putting in systems and centralizing their finance and accounting and HR processes.

Then I went over to Arthur D. Little when it was a major consulting company, actually doing outsourcing advisory. Again, we didn’t call it that, we were just helping the oil industry put in systems and processes around finance, accounting, HR, training, and indirect procurement and also centralizing the marketing of both crude and refined products. Three of us were asked to come and run this whole process — and we weren’t systems integrators — and we managed the process of selecting organizations for these very major projects. I lived in Saudi for a total of 12 years; three years for the university and nine years working on systems during the 1980s.

Phil Fersht: It sounds like a lot of these experiences were the foundations of your outsourcing work?

Charlie Aird: I started doing outsourcing then, from Saudi. I actually tried to outsource to India in the late 1980s, and it was just extraordinarily difficult. Communications in India were very difficult; there was not a great deal of access to what is now the Internet. You had to write specs and then go there; and it was so much back-and-forth that even with the inexpensive resources, it just was not worth doing. So we started bringing staff in from Egypt and Pakistan and the Philippines and primarily doing body shopping into Saudi instead of outsourcing from Saudi.

“I was doing a consulting gig for Shiv Nadar, who was Chairman of HCL, and still is, as a matter of fact. They had started operations in 1976 and were in the manufacturing of PCs and other IT products and wanted to be more of a services company. I did the initial study on the transition. Over time they refined the plan, and came back to me and asked me to be the president of HCL. I spent three years in India and I set up the organization. The sales organization was trying to do early contract manufacturing and couldn’t compete against Taiwan, Thailand, and Malaysia. In India they could do tens of thousands of boards, and the other countries were doing millions — and they couldn’t get the scale out of India.

HCL sold a big deal to a large multinational company and after six months the client became comfortable with our staff in San Diego and South Carolina. We went to them and told them  “We can give you half the rate if you move this work to India”, and obviously they liked that idea.  We were building the foundation for today’s HCL, now one of the largest Indian service providers. In fact, according to the March 2011 Forbes’ List of the World’s Billionaires, Shiv ranks 182nd with a fortune of $5.6 billion and is the 14th richest person in India.”

We were approached by Ernst & Young about a joint venture in the 1997 or 1998 timeframe, primarily around ERP. We were doing a lot of Y2K work in India, and we weren’t able to pull the venture off. But the guys at E&Y asked me to join them to set up parts of their consulting in India. We built the organization up to more than 300 people in the year I was with E&Y in India, and did a lot of the ERP work for Oracle, SAP and JD Edwards across the world.

I next went to Singapore as an energy partner because of my background, and started a new company as a subsidiary of Ernst & Young’s global client outsourcing organization. I sold more and more outsourcing deals supporting large global companies, not large centers though, because they were just starting to take off in the Asia Pacific region.

Mark Schwartz, who is now with Oracle On Demand, asked me to come back to the states to run global BPO for Deloitte in 2001. At Deloitte Consulting I was a partner responsible for outsourcing across Asia. I started a center in Singapore, and another in Brussels to pull one particular client. It was difficult because most of the work from Singapore was coming out of the US and Europe. Later, as Deloitte and Touche, they decided to get out of the BPO business and sold it to Convergys. After that, I spent about two years at EquaTerra with Mark Hodges. He and I knew each other, and he asked me to join him as he was starting that company .

Then Paul Horowitz had been starting up the technology group at PwC, and asked me to help set up an outsourcing advisory group focused on ITO. We quickly expanded, but it was obvious that we needed to do BPO work. I convinced the guys that we should include shared services, because our clients would naturally assume that PwC would know how to do finance and accounting and shared service consolidation. We started the shared services and outsourcing group four or five years ago now. I was part of the board, and developed common methodology, processes, pipeline and practices that worked together.

We started selling a number of global deals and expanding rapidly. Today I run both the US and the global Shared Services and  Outsourcing Advisory group, which kind of leads into what we call our Business Services Transformation which enables companies to develop global business services. We have seen the market transition from a traditional outsourcing environment to businesses finding they need a combination of outsourcing, shared services, and an organization to manage that.

Our role, our impact on the industry, and ultimately our competitors as a result will go this way — it is now broader, and it is management consulting instead of just running a transaction. Clients are looking for you to help them decide what they should do and help them do the transformation work. They need to change the organization in such a way that they can manage it centrally, so they can standardize processes and have truly global standards. As they plan to roll these things out on a regional basis, you can incorporate the statutory, regulatory, and cultural aspects into the regional organizations that have all been managed from a central core.

Join us shortly for Part II, where Charlie Aird shares his vision of the future of the sourcing industry, the Global Business Services framework he’s spearheading, and a little insight into how he views the changing environment for Big 4 consultants and boutique advisors.

Dr Charles Aird (pictured above) is Global and US Practice Leader for PricewaterhouseCoopers Shared Services and Outsourcing Advisory.  You can view his bio here.