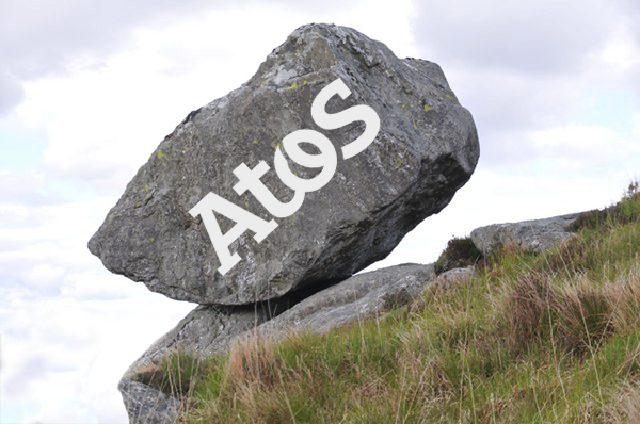 Atos is teetering on the brink

With its proposed contentious Kyndryl-style split and rapid CEO departure, Atos is teetering on the brink. As if its decline in stock price, recent accounting scandals, and lackluster financial performance were not enough, the firm now is more primed than ever for being acquired with these latest developments. In addition, Atos is shackled by the intense involvement of the French government as it manages sensitive tech and data for both the French military and tax collections, with former PM Edouard Philippe being on the Atos Board. HFS believes competitors should move to acquire Atos’ crown jewels now and not wait for the bleeding to start.

We believed buying Kydryl last year made a lot of sense, however, it has lost a lot of talent and could take too long to absorb to make the acquisition worthwhile, even as its stock price is likely to fall below $2bn. Our recommendation would be to make the move now to acquire the crown jewels of Atos – notably big data and cybersecurity – before the business sheds more talent and loses market position.

So what are the lessons learned from IBM’s Kyndryl spin-off and what is HFS’s take on the current predicament in which Atos finds itself?

Staring down the strategic barrel

Having had a full in-tray from the word go (see earlier post), recently appointed CEO Rudoplhe Belmer presented the findings and conclusions from his strategic review as well as his new management team. The pillar of his turnaround plan is a spin-off of its infrastructure business similar to IBM’s move to spin-out Kyndryl. If that was not enough, just an hour before the announcement was made, news broke that Belmer has since resigned after the Atos board rejected his suggestion to sell off its BDS division (Big Data and Security).  Simply put, Atos is teetering on the brink of disaster, not helped by a tanking stock market and IT services firms desperately clinging onto their delivery staff in this cut-throat market.

We were starting to write this analysis looking at the announcement of a Kyndryl-style spin-off. This was more than enough to get our heads around. Before the second coffee news broke that Atos CEO Rodolphe Belmer despite presenting the strategy to investors, had just resigned before the meeting. According to press reports he is said to have lost a power battle after he allegedly wanted to sell off the new business unit comprising security and high-performance computing. Let’s take a deep breath and rewind…

The original announcement comprised the following. After a strategic review by the new CEO, Atos is planning to follow IBM by separating its business into two, publicly-traded entities. One focused on a higher-margin business dubbed “SpinCo” but with the brand of Evidian. It consists of two business units Digital (digital transformation, cloud, and applications) and BDS (digital security and high-performance computing). In 2021 its revenues would have been €4.9bn with an operating margin of 7.8%. The entity that is meant to be spun off is dubbed TFCo (for “technology foundation”) and is meant to retain the Atos brand. It comprises the low-margin units of core infrastructure, digital workplace, professional services, unified communications, private cloud, and platforms, as well as BPO. In 2021 its revenues would have been €5.4bn with an operating margin of minus 1.1%. Despite the intended spin-off Atos is continuing to look for a buyer of its unified communications business. And while BPO might have a low margin, it doesn’t really fit into the infrastructure-centricity of TFCo. Probably it is telling that the infrastructure business is retaining the Atos brand, flipping IBM’s logic with Kyndryl.

Separation is the right action, but it will be a long and painful process

Atos’ intent is to deliver the carve-out in 12 to 18 months. As the challenges of Kyndryl have demonstrated, it is tough to deliver on such a spin-off. Kyndryl’s market cap is down to $2.1bn. But that is a pitiful fraction from the $19bn in revenues it started out from. In Atos’s case, its management acknowledged that its talent pyramid needs serious surgery as 40% sit in high-wage economies. Put another way the acquisition of Syntel has at best marginally changed the talent pool. The other headwind is a stuttering sales engine as Atos has to re-engineer a sleuth of unprofitable deals.

The security business is the jewel in the crown. Selling it off might have filled Atos’ war chest but the interdependencies on digital operations are immense. Take Siemens as one of their key customers, re-evaluating and potentially re-engineering operational processes would be immense.

Competitors should give a toss about Atos’ cybersecurity business

The security business is the jewel in the crown. From 2020 to 2021 Atos acquired very promising and innovative companies (Paladion, Digital. Security, SEC Consult, or Motiv) in the cybersecurity arena, and its initial strategy was to go on with further targeted acquisitions combined with organic growth. Atos cybersecurity services revenue has grown by two digits year-on-year over the past 3 years and the total number of dedicated headcounts has substantially increased in the same period. AIsaac (a Managed Extended Detection and Response platform) and Evidian (a Managed Identity and Access Management platform) are the two flagship proprietary platforms that seriously distinguish Atos from its competitors by leveraging the power of automation, AI, and analytics for way more intelligent and resilient cyber defense capabilities.

With one out of two clients belonging to public, defense, or manufacturing sectors, Atos has developed a very compelling end-to-end cybersecurity offering with a distinguished industry vertical expertise and a rich partner ecosystem. Atos works with many defense organizations worldwide on mission-critical programs, where it combines cybersecurity services with a wider range of proprietary products.

Atos’ digital security vision has always been quite ambitious: be a “global trusted orchestrator between the virtual and real-world, assuring digital innovation, defending critical assets and allowing operational resilience between people and systems everywhere”. And Atos has clearly not lost its “Raison d’être”.

Atos is still very French. Almost all senior executive positions and the new management talent are French. Yet, the necessity for wholesome cultural change goes much deeper. IBM made a bold move for RedHat to drive strategic and cultural change. Suffice it to say even that cultural change didn’t prevent the spin-off of the commoditized infrastructure business. Atos doesn’t have a change agent like RedHat. What Atos needs is more wholesale cultural change akin to Microsoft, which under Satya Nadella went from a toxic brand to an innovation powerhouse and magnet for talent. The separation might have helped in parts but with the CEO’s resignation, any change will be on hold till a new leader has found his feet under the new office desk.

As with Kyndryl, predators might hover but none has taken the bait as yet

Our assessment of possible suitors for Kyndryl holds true for Atos as well. Its unified communication business remains up for sale and the UK-centric BPO accounts look out of place in the new infrastructure-centric TFCo. But where it gets more complicated is Atos’ entrenchment in European and French public sector and defense deals. With GAIA-X the European cloud initiative being top of mind. Political involvement and backroom maneuvers are highly likely.

However, with the stock market in peril, especially with the looming interest rate hikes to combat inflation, the timing for acquisitions is a lot more attractive today than last year

Lasy tear, many of the major service providers were avoiding big painful acquisitions while they were killing it with double-digit growth – but are all now desperate for delivery resources.  You have to think acquisitions like Atos / Kyndyll are starting to make more sense just for added scale.  Especially at these cheap prices (Kyndryl’s market cap is close to $2bn, despite colossal revenues of over $18bn.  For example, Accenture will likely be over a million staff soon to deliver on its growth promises… the firm has to find the scale somewhere.  M&A motives have to be shifting from “fuelling pure growth to delivering on what they have taken on”.  This is the same for all the other leaders who’ve bitten off more than they can chew.  You can easily see the likes of Cognizant, HCL, Infosys,  and others intensely considering the possibilities of added scale to dominate the market.

The issue is also that most CEOs don’t want to risk large mergers when they are in strong growth periods, but when things start to look dicey they are much more open to making strategic bets. HFS believes competitors should move to acquire Atos’ jewels now and not wait for the bleeding to start. HFS believes buying Kydryl last year made a lot of sense.  Now it’s lost a lot of talent and could take too long to absorb to make the acquisition worthwhile.  Our recommendation would be to make the move now to acquire the crown jewels of Atos – notably big data and cybersecurity – before the business sheds more talent and loses market position.

Bottom-line: With another vacuum in leadership Atos is likely to be carved up rather than carving its infrastructure business out

Rodolphe Belmer is said to stay on till September to help with the transition. Yet, Atos can ill afford another transition period. Even if suitors don’t take the bait, it will be challenging to sign up for new strategic deals. Also, we shouldn’t forget that the macro environment is worsening with recessions a likely scenario. Thus, as HFS said in its most recent analysis is that Atos needs a new strategic playbook more than it needs a new CEO. Today this has increased humongously in poignancy.