So what on earth does the future hold for sourcing advisors? 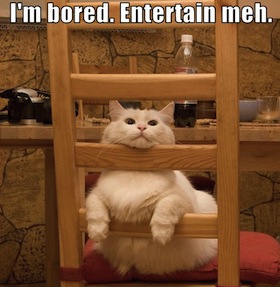 Can we still keep our sourcing advisors busy?

Last week’s outsourcing advisory bombshell wedding between KPMG and EquaTerra may well prove to be a turning point in the way buyers are serviced in the future. Management consultants need to have deep experience, knowledge and data on the operational guts of outsourcing, while boutique advisors need to offer a much broader consultative value proposition for clients who are tackling global operational issues.

HfS’ Esteban Herrera, himself a veteran advisor and consultant prior to venturing into the analyst community, asks the question that many of you raised after last week’s announcement:  So what on earth does the future hold for sourcing advisors?

Over to you, Esteban:

KPMG’s acquisition of Equaterra has raised a lot of questions about the future of the advisor business. I, for one, have been forecasting the demise of the traditional advisor model (which, by the way is how I have made my living for the last decade) for at least five years, and the consultants stubbornly prove me wrong by staying in business and acquiring new clients.

That said, I do believe winds of change are blowing, and KPMG may well be on to something—something difficult to pull off, but something potentially special and different. The bad news, for them, but the good news for customers of outsourcing and outsourcing consultants, is that others are onto this idea too. First, let’s look at what is happening:

So given this precarious state of affairs for transaction advice, what is it that KPMG sees in Equaterra? Why are PWC and Deloitte roaring back into the outsourcing advice business? And why are there constant rumors about the other boutiques being snatched up? I cannot speak for the strategists at these firms, but my take is that even as the deal advice gets commoditized, it is a powerful sub-product in an overall offering that aims to optimize the operating model. Outsourcing is here to stay, and it has to be part of every enterprise’s back office. But it does not replace that enterprises back office. The notion of a single firm that can optimize the entire back office is an attractive one.

But this type of offering requires a very different skill set. Twenty-five years at EDS may have made you an expert at outsourcing IT, but it did not teach you how to run a recalcitrant back office environment that is just plain hard to optimize. In order to do that, you need to combine:

Clearly, I believe the transaction advice is a critical arrow in the quiver of any firm that wants to fix your back office. In fact, they are just not credible without it.  The issue for the multi-service firms is this: Can they defeat their own silos to bring the combined capability to a client? The services required to transform the operating model may actually all reside in a single firm today. But no firm I know of can beat the politics inherent in a bunch of partners/executives whose concern is their own P&L, and not the integrated fantasy offering I’ve described above. It’s a challenge that we hope the various firms now playing in this space can embrace.