The truth about Latin American outsourcing…

Our recent research on Latin America’s emerging sourcing presence has generated a lot of  buzz – not to mention a huge number of downloads. Today’s piece in CIO – “IT Outsourcing in Latin America: 9 Things Your Vendor Won’t Tell You” – sparked some further thinking from  HfS analyst Esteban Herrera, who has lived and breathed the LatAm experience.  Over to you, Esteban… 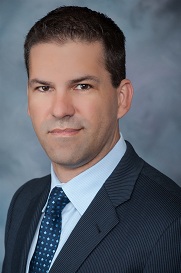 The truth about Latin American outsourcing

Market activity and our recent research have created quite a bit of buzz around Latin America. In my view, it’s about time we have the debate and expose the pros and cons of nearshore destinations. Today’s CIO.com piece, for which I was interviewed, is a good example and accurately portrays some of the challenges of outsourcing in Latin America. However, I find myself, for the first time ever, empathizing with politicians and celebrities who claim to be “quoted out of context.”

The article does reflect some of my statements, but not all of them, and I find myself in disagreement with some of the headlines and conclusions. So allow me to clarify a couple of thoughts, lest people think I woke up yesterday and changed my mind about the vast services potential of the Latin American region.

Like any destination, Latin America has its challenges. But at HfS, we’ve come to see the region as a highly desirable component of a global services portfolio, whether you are a buyer or seller.

Stephanie Overby and CIO.com did us all a favor by increasing awareness and highlighting the challenges of the region, which are real. I am seizing the opportunity to highlight that the advantages are real too!