TPI + Compass: a new direction for outsourcing advisors, or more of the same? 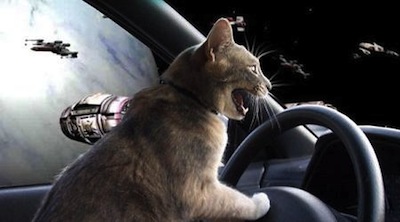 How can enterprises find unbiased coaching, advice and data to help them make the right sourcing decisions, but then also have the expertise they need to transition into a sourcing environment?

The role of consultants claiming to provide these services has been under constant scrutiny in recent years, as the outsourcing of IT and business processes become a mainstream component of organizational strategy.

Boutique outsourcing advisors have roamed industries for over two decades, providing structured roadmaps for taking enterprises into an outsourcing transaction.  Enterprises usually bring them in, once the “O” decision is made, to perform the operational tasks necessary to develop a scoping document, find an appropriate provider, negotiate an agreeable price for themselves, and take it to a transaction. Most of these boutiques tend to be small and specialized, existing in a little world of their own where they hobnob with providers, frequent the same events, speak the same language and regurgitate the same slideware year after year, as not a lot really changes in the world of number-crunching outsourcing deals.

However, in the last couple of years, the major consulting firms have finally realized they need to cater for the demands of an increasing majority of their clients, which have chosen to go down the outsourcing route.  The results has been too many competitors chasing advisory engagements that enterprises are increasingly finding too costly.  Hence, the outsourcing advisory market is embarking on a wave of consolidation that is likely to result in a different landscape of competitors by the end of the year.

With the increased focus on outsourcing advisory services from management consultants such as Deloitte, KPMG and PwC, the souped-up TPI/Compass creates a super-boutique that can compete effectively in the market for the complex enterprise engagements that require a lot of hourly-billable heavy-lifting.  There’s little doubt this merger helps bolster TPI’s credentials as a serious player, now the big boys fancy their piece of the action.

However, when we look at the current enterprise needs for outsourcing support, we see a dire need for enterprises to receive a mixture of consulting advice and data, served up in a less expensive, easier-to-digest format, than the $500-per-hour model. With deals across ITO and BPO getting smaller in scope, and enterprise buyers getting increasingly familiar and knowledgeable about outsourcing, we question whether this latest merger is really addressing the changing market, or whether its merely a continuation of consolidation in the intermediary space.

HfS Research has been alerting its readers and clients for months about the limitations of benchmarking data and the need for a practitioner’s interpretation.  From that perspective, the acquisition of Compass by the largest sourcing advisory consultancy makes sense, especially given TPI’s lack of a credible source of industry data. The combined capabilities of the two companies bring them closer to delivering real market intelligence to their customers. However, the economics will be tricky: each is a premium-priced participant in their space. There is a potential for conflicting philosophies too: Compass never succeeded at deal advice, so it could afford to advise clients not to do a deal, whereas TPI, like any advisor, effectively kills the most profitable part of its pipeline if it advises against a deal.  You may recall this datapoint from Compass in 2007, which the firm was only too happy to release to the market:

What this transaction will mean to industry constituencies

If you are an IT outsourcing buyer, one of your potential advisors just got more formidable, in the sense that they now own data they didn’t before. However, this combination of capabilities is not new: Alsbridge acquired ProBenchmark over two years ago and Everest went the in-house route building the Everest Research Institute, though its mission is more “research” than “data”. Buyers should also beware of the cost of benchmarking. Keeping the databases current and relevant costs money—it may be tempting for buyers to think that they are getting “free” benchmarking with an outsourcing advisory engagement, but sometime, somehow, somebody is going to have to pay for the benchmarks or the business isn’t viable.

If you are a BPO buyer, there’s nothing new for you here, unfortunately. The dearth of reliable industry data is not made any better by the mere combination of two companies. Perhaps this is something the enhanced TPI will seek to address. But there is only so much any company can do given the wide range of BPO solutions on the market today.

If you are an outsourcing provider, your nemesis at the negotiating table has a new weapon. Because Compass’ IT data is relevant and current, it may be used as additional leverage. The benchmarking clause, already a bane of your existence, becomes even more crucial in a TPI deal, because they can actively seek to re-engage every year through Compass’ benchmarking offering, so expect even tougher negotiations. The counter-arguments haven’t really changed, though, and a strategic judo-like move might be to push for greater transparency in the benchmarking  methodology, which remains quite obscure across all benchmarking firms today.

If you are a competitor to either one of these companies, you probably should not expect much change. Certainly TPI will bring a more complete and compelling offering to the table, but its competitors by and large have had similar capabilities. HfS does not expect this acquisition to swing more deals one way or the other, and there were probably very few deals in which the two companies went head to head. As TPI and other advisors add benchmarking and research capabilities, it does increase the pressure on the big-firm advisory units (KPMG, PwC, Deloitte, Pillsbury) to add these offerings in order to compete for new business. If you play in the benchmarking space, you can expect to see a push for Compass to benchmark TPI-advised deals, perhaps raising your barriers to entry at some accounts.

Overall HfS Research thinks this deal plugs part of the data gap for TPI and most of the consulting gap for Compass, and in that way is synergistic. However, we do not see major market movement or new offerings as a result. In many ways, this is two of the bigger players, in their respective slices of the industry, coming together to do what many of their smaller competitors have already done.