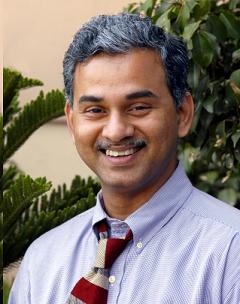 After 14 years, the effervescent Pramod Bhasin, now in his 60th year, is handing the reins to “Tiger” Tyagarajan, the company’s current COO, and long-serving member of the leadership team.

There was never any secret that Tiger would eventually take the helm from Pramod, however, this is interesting timing following its Headstrong acquisition, recent staving off of acquisition speculation, and its successful emergence from the Recession.

Firstly, HfS would like to express its best wishes to Pramod on his new non-executive role, and congratulate him on building a unique BPO organization that took on the likes of Accenture, Capgemini, HP, IBM and Xerox (ACS) when it was merely a commercial spin-off of GE’s F&A captive, to become one of the “Big 4” F&A BPO organizations today, with revenues now well past a billion dollars. You can read a dynamic three-part interview we ran with Pramod last year here.  However, it so often takes one type of leader to get a firm to one billion and another to get it to five.  The politics change, the amount of “hands on” involvement the CEO can have with clients and staff becomes very challenging, and the role often requires a different type of personality.

1) Bringing in an outsider to a unique culture such as Genpact’s would have been risky. There are few executives in this industry who have a unique understanding of the Genpact culture, and how it has evolved from its GE roots.  There are also very few executives who truly understand the operational issues behind successfully delivering, evolving and growing a finance-centric BPO business.  Other BPOs which have tried to bring in executives from the outside have not – on the whole – been faring well with the change.

2) With the BPO industry now entering a period of renewed growth and Genpact’s immediate future assured, now is the right time to make this change. As we will soon reveal with the results of our 2011 State of Outsourcing Study, BPO demand in areas such as finance and accounting, procurement and industry-specific processes is rebounding strongly, after many companies’ plans were put on hold during the Recession years. This is not a time for heads-down cost-control and survival tactics, but a time for reinvigorated strategy, for new thinking, proactive client interaction and renewed growth.

3) Tiger has all the right ingredients internally within Genpact for the leadership role. Tiger’s energy and popularity within the Genpact ranks, and intimacy with the US, European and Indian organizations, places him on the right footing to transition seamlessly into the role.  Moreover, Tiger has been very close to the heartbeat of the company, its management and investors, since its inception.  He’ll implement new ideas and changes to the organization that he’s likely been thinking about for a long time and bring some fresh perspective to the organization.

4) Tiger has the right ingredients externally to lead Genpact. While Pramod has been a vocal and popular figure within India for Genpact over the years, Tiger has spent much of his recent career based in the US, where he has been a visible speaker, thought-leader and recognizable face of the firm, where he is well known by enterprise buyers, investment and industry analysts, sourcing advisors and other industry stakeholders.  He has also been close to Genpact’s UK and continental European clients.  Provided Genpact identifies a strong COO to support Tiger, HfS sees him an excellent ambassador for the firm as its CEO, especially when he’s freed up from so many of his current day-to-day operational issues.

So what are Tiger’s key challenges?

Genpact spurns its suitors to IT-enable its BPO, with India’s third largest acquisition

Preaching Process with Pramod, Part III: What if you can build a true back-office-in-the-box, based on the Cloud and ERP platforms, which costs a fraction of what it used to?

Mixing it with the big boys: A Tea-interval with Tiger

Is it time for Western and Indian services cultures to blend?

Cog and Gen getting it on? Naaaahhhhh