Picture the scene – it’s day three of the HfS 50 event in Boston last October… three days of perpetual debate, fueled by a seemingly endless supply of red wine and caffeine.  Yes, just the perfect time to have an hour’s education on next-gen performance management strategy.

Step-up Madelein “Mads” Smit, head of both IT and F&A outsourcing for CEVA Logistics, who – sensing the moment, took it upon herself to play the Gangnam video at full blast.  Now, if you’ve ever witnessed a room full of hungover middle-aged governance professionals attempting to get-down Gangnam style…

Warning – the following clip may cause serious psychological damage:

Needless to say, Mads just had to be asked back for a second round of performance-enhancing antics, this time at the forthcoming dreamSource extravaganza…. so without further ado, let’s find out more about what Mads is all about, besides her undoubted skills singing and dancing…

Phil Fersht (HfS): Good morning Madelein, would you please give our readers some background on yourself, your career and why you are doing what you are doing today?

Madelein Smit (CEVA Logistics):  Hi Phil! I got started in outsourcing as a youngster. I was originally an accountant at PwC, and traded in that job when someone said, “There’s this thing called outsourcing coming up…would you like to be on the project for a little while?” Since then, my career has taken all sorts of turns and changes. I have been on the buy-side, the sell-side and the consulting side, so I have seen this industry from many angles. Right now, I am in a role where I am turning around an IT outsourcing contract; it’s quite large scale and looking at the benefits we can harness from integrating F&A and IT in our process. It’s now 16 years since I started working in the outsourcing industry, and I am still passionate about it.

Phil: You are still passionate about outsourcing after all these years.  Why oh why?

Madelein:  I think that it’s a great leveler.  A lot of people talk about globalization, but not many have the advantage or the privilege to see that up close. I have visited India on average two or three times each year for the last eleven years, and have seen first hand the transformation in its economy and the real difference it has made on the ground to the lives of millions of people there. I think it is really a transformational activity in the way that an NGO or a government can’t begin to change the social standing of people, and similar cases are also being played out in the Philippines and even parts of Africa. It’s contributing to education, it’s contributing to rights for women, it’s contributing to the workforce being valued in a different way, and I think it’s the best thing we can do for world peace because it’s process understanding between cultures and people living in different parts of the world working toward the same goal.

I do look at it in a bit of a romanticized way from a social development perspective.  But I am also passionate about things like process improvement, and I have seen the amount of waste that could be taken out of functions and how waste builds up in functions over time. And it is just so refreshing to see other people coming out, looking at this problem with fresh eyes and transforming it into something that is far more effective. That has to be good for capitalism as well.

Phil:  You said you have been traveling to India for over ten years now. What would you say has fundamentally changed there over the last decade in terms of how they engage and deliver these services? 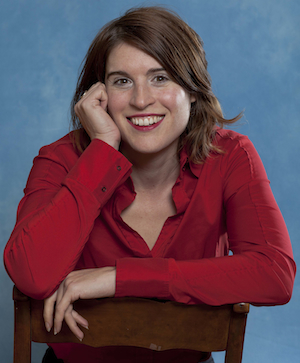 Madelein: Well, they have become the market leaders in terms of developing and delivering BPO. Many years ago, you still had to explain to people what BPO was, what outsourcing was. But it is a complete concept in India. You can get a doctorate degree in outsourcing now, so it has become a professionalized function that people really look up to and aspire to. That has definitely changed. We are also seeing wage arbitration, which was taken for granted from Day One. I think in 2013 we will see a real transformation in that if India does not find other value-add in this process, it will start to lose ground. We’re now reaching a point due to high unemployment that you can hire a graduate onshore in certain pockets of Europe for about the same money as in India.

Phil:  That’s a very interesting point, and we ourselves – at HfS – hire local MBA graduates. We have noticed the narrowing gap in wage costs for mid-level skill sets. When we were in India at NASSCOM last year, there was a lot of debate around the fact that, in BPO, they haven’t quite developed the factory of talent coming out of the universities that they had achieved in IT. And, they needed to get their act together in terms of training youngsters and talent in colleges and linking them to the providers’ training programs. Is that something you are seeing improving, or do you think it is still a major issue for them?

Madelein: I still think it’s a major challenge. I also think there is, to some degree, a general divide in this. Accounting is usually seen in India as more of a female, or slightly softer, occupation, and IT is seen as a largely male occupation. So, there is a good stream of graduates being fed out of the big schools in the IT space, but the same is not true in accounting. So, I definitely buy into that about ITO versus BPO. Also on the diversity front, there is a real struggle to develop and pay women. They have made great strides in the industry, but still the graduate output of the top schools is about 40 percent women and 60 percent men. That remains a gap to be filled, and I think that is more valuable in the BPO space. Unfortunately the recent events in Delhi – the high profile rape case – has also led to a social reaction with a lot of clients putting women out of work when it entails them traveling home at night time, which has all just put a big dent in development and retention in the last two months.

Phil:  Very good insights, thank you. At CEVA, you oversee both IT and F&A sourcing. What do you see as the key differences in terms of talent issues and delivery between the two functions from a sourcing perspective?

Madelein: I think the IT space is definitely much more commoditized. Managed services are much easier to apply in a sizable amount – managing so many servers, keeping them patched, fed and running. But accounting is a far more subjective art. I think that adds to the complexity, which sometimes causes providers to struggle to estimate the amount of work needed, struggle to estimate the skill level needed and so on. So I do think that setting up an engagement is slightly more complex in the accounting space than in the IT space.

Stay tuned for the second part of this interview, where we talk about onshoring of BPO and the diversity issue in the sourcing industry…