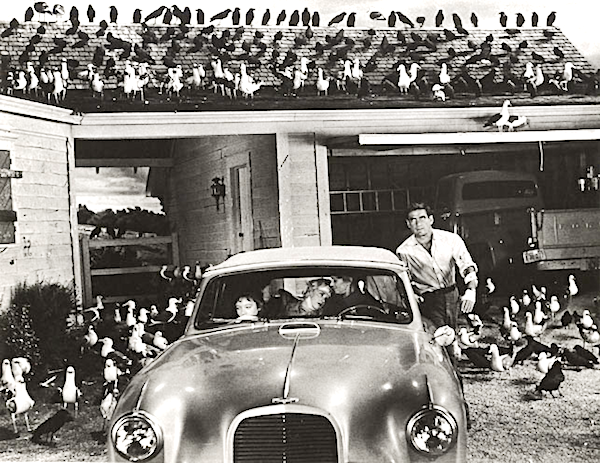 A few weeks ago, I was fortunate enough to spend some time talking with the head of IT of a large transportation company – and we talked about the future of his job and the most important things impacting his role. When I asked him what was the main issue getting in the way of him adding value to his business, he said it was a cloying inertia brought about by a thick soup of negative thinking.

The number of people in his organization that focus on the way things have been done in the past and the reasons why things can’t change, were a source of incredible frustration to him. Incremental change was possible, colleagues understand how processes evolve, so innovation could be staged, but it was very hard to implement anything totally new. We joked that original thinking was being pecked to death by negativity, like a flock of miserable seagulls.

As an analyst, this is something really close to my heart – if we are to produce anything that approaches original thinking, we need an environment where ideas are cherished and even the craziest thought is welcome – although it will ultimately need to stand up to scrutiny, the original thought can’t be wrong. It’s only when you make cerebral room to nurture some crazy, orthogonal thinking do you create inspirational work like the Digital OneOffice.

So what needs to happen, how can this change? How can we get people to take leaps of thought rather than increments?

Phil’s recent blog “Is your current job the end of the line?” delivered seven action points directly to the chief “peckers” of the world. Distilling that, the most important thing organizations can do to encourage this behaviour and become more open is to move away from traditional hierarchical relationships, look at the idea itself and any data that supports the idea. It is the addition of data and more evidence that helps to shift thinking from more traditional decision making.

It’s interesting that the message, at least in terms of its overall importance, seems to be getting out at last. In a recent survey of 300 major Global 2000 enterprises, we asked IT leaders about the importance of some c-suite directives to their IT strategy.

This graphic shows that IT decision makers realise the best way that they can increase the relevance of IT within the organization is by supporting more predictive decision making. This is a crucial change in mindset, taking IT away from its most recent manifestation which has almost been as a custodian of IT, or a gatekeeper, focused on reigning IT in and keeping the costs down.

We suspect that part of the embracing of data by IT departments goes back to my friend and his battle with the naysayers. Data levels the playing field and gives more people a voice. It gives more power to the elbow of anyone seeking to make a change. An IT department that delivers insight will be listened to, as opposed to being largely ignored as a legacy function tasked with keeping the lights on. Let’s stopped being pecked to death.

Posted in : IT Outsourcing / IT Services, Talent and Workforce