The outsourcer’s comeuppance… the legendary Bruce Rogow talks to HfS, Part I 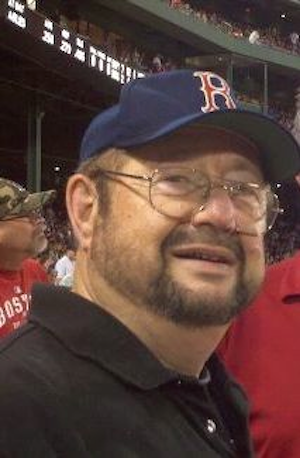 Can you imagine a guy who’s immersed in, literally, hundreds of CIO relationships. And not only immersed in them today, but for more than four decades – long before they were called “CIOs”.

This guy knows exactly why CIOs are succeeding and why many are failing in their jobs. He is the archetypal CIO therapist, one of the original “Gartner Greats” having headed their worldwide research in the 80’s and 90’s, in addition to years and years advising, coding and analyzing IT.

Today, Bruce Rogow has been banned from retiring by his missus, Ruth, as he’ll just drive her insane, so instead he wiles away his hours advising, perhaps, the most challenged of enterprise executives today.  Plus he still writes for Gartner’s executive program as a Research Affiliate, so not exactly sure how we managed to get him on here.  But here he is – my favorite lunch companion and living IT mind, who has his own very distinct flavor of the future of the IT function, the role of the CIO and how companies frequently xxxx up their outsourcing strategies.  So, without further ado, let’s begin the first of three blogs where Bruce opens up to us – and where better to start than…

Phil Fersht (HfS):  Bruce, you’ve been a luminary in technology, as an analyst and an advisor, for a very long time. Would you please give us an overview of your career background, and how you wound up where you are today?

Bruce J. Rogow (IT Odyssey & Advisory): I started off with IBM a long time ago. One of the areas I was involved in there for five years was advanced technical training, where we were trying to invent what became known as systems management and was later packaged as ITIL. After that, I spent 10 years with a consulting firm called Nolan Norton, which was a spin-off of some work that had been done by Dr. Richard Nolan at Harvard Business School. I left there in 1987 and joined Gartner Group. My mandate was to change Gartner from being all about Wall Street and vendors to producing research that users would buy. So we developed and institutionalized things like the Magic Quadrant, the Hype Cycle, the IT Industry Scenario and the idea of TCO. After I left Gartner I remained a Fellow, and still do some work as an affiliate of its executive program.

For the last 10 years, I’ve been doing this thing called IT Odyssey. Each year I visit over 120 executives, academics and consultants involved in the management of IT. These visits, which are free and open discussions, are the background, practice development and refresh process for my private practice and support of my client work.

Phil Fersht (HfS): So when you look back over the last 15 years, what’s changed with technology in enterprises in terms of the way they approach managing their IT infrastructure and strategy? What have the shifts been?

Bruce J. Rogow (IT Odyssey & Advisory): In my opinion, the last major shift occurred around 1982. We’ve had adjustments since then, but the shift we saw in 1982 was on both the business and IT aspects.  The nature of business changed dramatically as well as the business’ expectations for IT. In the IT arena we saw PCs, minis, distributed networks and databases cascade into the organization, changing forever the IT landscape, architecture, applications, major and minor vendors, management processes and governance. We even saw the name for IT change as what was called DP morphed into IS. As IT became more pervasive, we saw the emergence of the CIO as the new IT leader.  Initially, it was the wild, wild west and that has played out over the past 20-25 year period as the IT landscape and current platform matured.

As the master IT platform matured we developed new applications, skills and management processes. IT was becoming a stable, mature, robust family of relatively commodity offerings and providers. Businesses learned how to deploy what they needed for the lowest cost.

When things became fairly mature, which they were from about 1995 on, it made sense to outsource, offshore, solidify your relationships, and attempt to manage to contractually set SLAs. By 2000 both the customers and the providers knew what they were doing and it was a game of who could get the upper hand or establish a workable relationship.

I think we’re now in a totally different world because both businesses and IT are simultaneously changing so radically. Over half of the firms I visit tell me that they honestly believe that if they don’t change their business models, they won’t survive the next decade. IT is moving from the platform it’s been on to a host of alternative delivery vehicles (ADVs) including everything from private cloud to public cloud to SaaS to BPaaS to IaaS to social media to mobility and app stores rather than massive enterprise-wide, all-encompassing commodity systems. During my IT Odyssey discussions I’ve been asking for the terms they use to describe these ADVs and I now have a list of 60 different names for various types of ADVs. I believe we are now in the third, fourth or fifth year of another one of these major transitions and we are re-entering the wild, wild west.

Another way to look at the situation is that for 25+years IT has been filling in a relatively crisp vision. We have been implementing packages, overcoming Y2K, consolidating resources, cutting IT cost and putting up web sites. No one has a crisp vision of where we are headed. We may feel the drivers but there are no packages to implement for capitalizing on mobility, morphing to a service-based delivery model, making money on social or BI, providing for the converged vs. diverged architecture or enabling the new business model which is also just coming together. This is a major epiphany that seems to be eluding much of the IT industry. Many feel they can play Whack-a-Mole as the issues pop up or tweak their way forward.

Phil: Bruce, we were talking a few weeks ago about companies that may have outsourced too much for too long, where many have lost too much control or pretty much given up on their IT strategy. I’ve actually been seeing more of this since we last spoke, and we’ve actually got situations with clients where they’ve got IT managers who literally don’t know what they’ve got in their apps portfolio any more. What’s your view? Do you think companies have given up too much, and can they get it back at all in the future? Where is this headed?

Bruce: I call this the outsourcer’s comeuppance. Many of these outsourcers wanted more and more control which made the client more manageable. They didn’t want to be challenged by their clients. As somebody said to me last week, they aren’t outsourcers, they are a legal staff of IT people. And I’d say that 80 percent of the people I’ve interviewed in the last three months told me they don’t have enough enterprise architects, IT strategists, security expertise, business analysts, mobile/social/UI experts and program managers. Their project management capability is low. They don’t have people who know how to work across the silos. In fact, when I asked if they have the right technology, multiple CIOs stated they don’t have the technical staff to appraise that so they’d have to ask their outsourcing partner.

And then you also have this sort arrogance on the part of the outsourcers that’s coming back to bite them. I keep hearing stories in which the outsourcer has told the CEO, or in one case the board, “our people know more about your business than your people do”. Gee, that has to make the CEO or Board feel so good. So I think CIOs are facing a dilemma of finding the staff they need.

There’s one other really important point here. We now have governance models that are distrusted and killing many organizations’ ability to change. What I’m about to say is heresy, but succession planning is killing IT because it ensures like for like. What I’m suggesting is that we need new people, new skills. I’ve stated in a couple of recent writings that if you’re just doing succession planning, you’re probably digging a hole. You really need progression planning where you determine the skill set you’ll need going forward, because it’s a different circus with different clowns. If you don’t know how the skills you will need are different from the ones you have…that should tell you something.

Stay tuned for Part II, “A Different Circus with a Different set of Clowns”

Bruce Rogow (pictured above) runs his own advisory practice, IT Odyssey & Advisory.  Each year, he visits with over 120 executives, academics and consultants involved in the management of IT.  He is also a Gartner Executive Programs research affiliate, with four decades of experience that have included roles with IBM and Gartner group, where he served as head of worldwide research.  You can view his bio here.