Now the election is over… what about outsourcing?

Not many people are better-placed to debate the thorny issues of outsourcing and government policy than my old friend Glenn Davidson.  Glenn is synonyous in the public sector world with issues relating to human resources strategy and broader outsourcing strategy, having been one of the founding members behind Equaterra's public sector practice that was launched in 2005 and now a major part of their business.  Among several commercial roles, 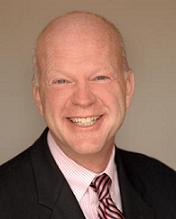 Glenn previously served as one of Accenture's key executives behind their early forays HRO post their e-Peopleserve acquisition, and prior to that as a chief of staff and communications director to a Virginia governor, as the Commonwealth’s chief federal lobbyist and as a legislative director to an Ohio congressman.

With so much heated discussion regarding the policies President-Elect Obama is going to deliver regarding the USA's future stance on offshore outsourcing and public sector contracting (which we touched upon here), I asked Glenn to put together some of his thoughts on where this will lead… over to you Mr D:

"Unlike the 2004 Presidential campaign, where outsourcing was a prominent political issue, two wars, an ongoing financial crisis and broad support for health care reform took center stage in the 2008 race.   Now that the election is over, outsourcing may yet become a topic for policy deliberations in a new Obama Administration.  But I believe the discussion topic will be more narrowly framed than most people predict.

"President-Elect’s biggest outsourcing-related concern is likely to be offshore outsourcing.  He referred to this specific type of outsourcing while seeking the Democratic presidential nomination, saying that as president, he "will stop giving tax breaks to companies that ship jobs overseas, and I will start giving them to companies that create good jobs right here in America."

"As an active participant in the global business community, I know that, in order to be competitive, the quality and prices of our products and services must match or better others that originate elsewhere.  So, there may, indeed, be good reason to look abroad for resources, skills and lower-cost labor we cannot find here.  The issue of controversy doesn’t surround the intrinsic business value of off-shore outsourcing – or, for that matter, the value of off-shoring to a firm’s “captive” overseas operations – but rather the tax treatment of offshore revenues.

"A Washington Post editorial focused on this point in August.  “It's not clear that the tax code — as opposed to other factors, such as lower wages or technological advances — plays a big role in companies' decisions to move jobs elsewhere or that leveling the playing field between foreign and domestic income, as Mr. Obama proposes, would do much to save or return jobs to the United States.”

"But the converse of that argument is also true and President-Elect Obama makes a very strong point – if there are intrinsic business reasons to outsource offshore, then why would companies need a tax incentive?  Leveling the playing field would probably have little or no effect on jobs – but ending the tax disparity would, in the long run, promote tax fairness.  Perhaps we should embrace a tax code that neither encourages nor discourages the use of off-shore labor and makes the case, instead, for off-shoring purely on its business merits?

"Another aspect of outsourcing likely to draw Obama’s attention is use of independent contractors and staff augmentation firms in government. Prior to the election, the Washington Post’s Joe Davidson asked both presidential candidates the following question:  "Federal labor leaders complain that outside contractors perform jobs that should be done by government employees. Do you favor any suspension of contracting out activities? Do you favor legislation that would prohibit the IRS from using appropriated funds to hire private tax collectors?"

"The response from the President-Elect’s campaign was interesting.  “Sen. Obama is concerned by the rising number of government contractors that are often unaccountable and frequently less efficient than government workers. As president, Obama will restore effective oversight of the government-contracting process and reduce our Nation's increasing dependence on private contractors in sensitive or inherently governmental functions. Obama will eliminate the Bush administration's ideological bias towards outsourcing of government services and abandon initiatives, like the inefficient use of private bill collectors to collect federal taxes that are a demonstrated waste of taxpayer money.”

"So, is it the provision of technology and services by firms outside of government that concerns the President Elect?  Or is it the increasing use of independent contractors and staff augmentation firms that’s the issue?  I maintain it’s the latter.

"The government has long relied on outside parties – be they commercial enterprises or not-for-profit organizations – to develop systems for the defense of our country, build roads, operate our telecommunications networks, and manage our research laboratories, among other activities.  I don’t believe that will change.  Government and industry have worked collaboratively to their mutual benefit for generations.

"However, as for government’s reliance on independent contractors and staff augmentation firms, I believe that will to change.  While the concept – of accessing specialized skills and talent on a limited, temporary basis – makes complete sense, the practice has been abused.  More and more agencies have turned to this practice in order to circumvent difficult and cumbersome employment policies and practices, including recruiting, diversity, compensation and unionization requirements.  What these agencies fail to realize is that, in so doing, the people they secure may not understand the organizations’  mission let alone how to implement it effectively.  They also have no commitment to the agency and no institutional memory.  The result, as one might suspect, may be a less than optimum workforce.

"That said, I applaud President-Elect Obama for avoiding the incendiary political rhetoric, that some in the media are apt to employ, and looking at the issue from the perspective of economic benefits and workforce excellence."