The greatest nearshore location of all… Nova Scotia 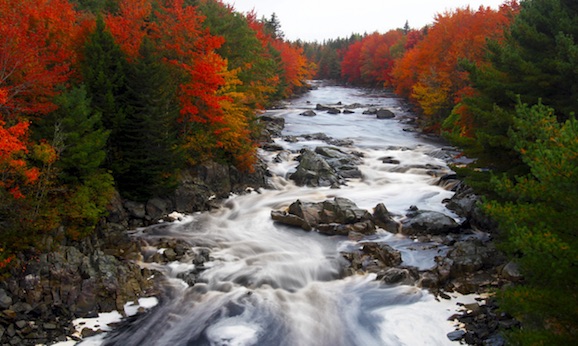 Where better to process your insurance claims?

Anyone who knows me best, is privy to the information that I disappear up to the lakes, forests and pubs of Halifax, Nova Scotia, for my summers. Having spent so much time in the region over the last 15 years, and having both a sister-in-law and brother-in-law lead service delivery teams for a major provider and a major bank up there, I have, believe it or not, learned a thing or two about the province’s rich fertile ground for delivering IT and BPO services.

People are smart, very pleasant, well educated, and are a short hop into all major US cities… no wonder the likes of ADP, Convergys, IBM, Hinduja and all the major Canadian banks rely on the local populous to support their North American operations.  And, despite the fact I married a girl from Halifax and have a large family in the region, I can assure you the following interview with Lynda Arsenault, who directs the provinces Outsourcing and Technology investment strategy for the Province’s excellent business development agency NSBI (Nova Scotia Business inc), contains very little bias on my part.

Yes, I actually believe this is a great province to invest in the local talent and resources, and we’ll shortly be able to share the news of a new As-a-Service investment in the region from one of the Indian-heritage global service providers…

Phil Fersht (CEO, HfS Research): Good morning, Lynda, can you explain to our readers in – one minute – why Nova Scotia is one of the best kept “sourcing location secrets”?

Lynda Arsenault (Director of Outsourcing & Technology, NSBI): Absolutely Phil, Nova Scotia is a prime sourcing location boasting one of North America’s most competitive business climates compared to other nearshore locations. Especially with respect to cost and quality. We’re also in a convenient time zone for servicing customers in North America and Europe. & We don’t want to keep it a secret – Nova Scotia is “Open for Business!”

Phil: There are several leading global services firms servicing their North American business from the region, such as ADP. Why did they choose Nova Scotia over other Canadian provinces, such as New Brunswick or Ontario?

Lynda: ADP has a long history of success in Nova Scotia, expanding their presence in the province in 2011. ADP chose Nova Scotia as they were able to match a significant amount of what they do with the labour pool here. The company has experienced a workforce in Nova Scotia that is service oriented, delivering excellence in customer service. So in short, the talent availability combined with loyal and hard-working employees has equaled success for ADP in Nova Scotia.

Phil: There are, I believe, 13 major universities in the region – how are you building links between their graduates and proving services resources to major corporations? What can you teach other global regions about linking education and commerce?

Lynda: Almost on the mark, we have 10 universities and 13 community college campuses in the region – we are known as “The University Capital of Canada”. This translates to a highly skilled and diversified talent pool and one of the reasons we have attracted global companies such as IBM, NTT Data, CGI, Xerox, Admiral Insurance and ADP to establish operations in the province. NSBI helps foster innovative partnerships between post-secondary schools, industry, and government, it’s a win/win linking education and commerce. In fact, when IBM chose “Nova Scotia” to open an IBM Services Centre, specializing in data analytics, they partnered with one of our top universities – Dalhousie to launch an Institute for Data Analytics.

Phil: And what skills are the local education establishments developing which you believe gives the region a competitive edge? What are you providing beyond the “bread and butter” call center services?

Lynda: Skill development is continually on the minds of educators and industry. The trends we have seen taking place include expanding skillsets from the traditional inbound customer care (call centre services), to a more robust specialist skilled in payroll management, HR functions, Tier 1 & 2 technical support, F&A, project management and research. Also, we can’t forget analytics, which is the fastest growing sector.

Phil: How sustainable is the local economy in terms of supplying talent and keeping wage inflation low?  Isn’t there the danger than the region gets saturated and becomes less “economically friendly” for future investments? 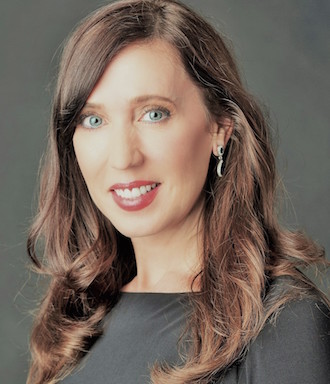 Lynda: Good question, Phil.  In terms of supplying talent, we have over 10,000 graduates per year that are looking to land jobs with great companies already set-up here as well as new FDI opportunities we are constantly attracting to Nova Scotia.  This large percentage of new graduates also helps keep wage inflation low, putting a downward pressure on possible wage inflation.  And yes, there is always a chance that any region can face saturation however, I believe this is not for many years to come as employers are finding the talent they need.

Phil: And finally, are there any exciting new service provider investments in Nova Scotia for 2015, where you can share a sneak peak with us?

Lynda: My lips are sealed Phil! You will have to Stay Tuned!