Is the call center finally coming back onshore? 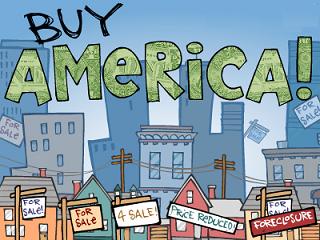 We had a great discussion a few weeks' ago regarding the USA's potential to take on more sourcing work, with increasing unemployment and downward wage pressures.  I've made this point a few times now, but BPO is clearly the bigger onshore opportunity than mainstream application services for the US to muscle in on sourcing work.  And where better to start than the call center?

Bottom-line, President Obama should take a leaf out of Margaret Thatcher's book and examine simple effective ways to provide productive and sustainable employment in depressed areas where industry is in a terminable decline.  I never voted for old Maggie, but she did do one very smart thing during her tenure as British PM – she closed down unprofitable coalmines during the 80's recession, and encouraged businesses to set up call centers in depressed British cities.  Now there are over 650,000 call center employees across the UK.

Wages in the UK are competitive for qualified staff – and they don't command ridiculous healthcare premiums.  (One major healthcare insurer just increased its premium by 20% this year).  While there are some good investment ideas inthe stimulus package, I would have liked to have seen some focus on business service support areas – as we discussed here.

Protectionist sentiment is swelling. The Buy America provisions in the stimulus bill are symbolic of the increasing resentment towards jobs and work going overseas. I have already seen this provision included in some sourcing RFPs from healthcare organizations and other companies benefiting from bailout money, or with significant public sector influence.

With over two-thirds of Americans filing first-time unemployment claims for the week ending February 21 to bring the total to over 5.1 million, this tide will surely rise. Over the past decade there had been considerable leakage of domestic customer service agent seats to offshore locations. Customer service is returning back to the country, literally. Inspired by the Canadian model and technological advances, customer care is increasingly being delivered from rural America.

The customer service rep is the organization’s ambassador to the caller. The human voice provides the company’s human face. Much of the time when the customer calls it is because something has gone wrong. If the caller cannot understand the agent due to accent issues and/or communicative styles, the problems are compounded. The caller can become agitated and the company may wind up losing a customer. In the present economic environment, just hearing a foreign accent could trip the trigger. Losing dollars chasing dimes is not wise.

Earlier in this decade, there was a mad dash for the low-wages on offer in India – and more recently the Philippines and low-cost Latin American countries such as Peru and Nicaragua. Everything was thrown over the wall once telecommunications technology and the associated costs became less of an issue. A Mercedes Benz owner was furious when connected with an offshore agent, “How can somebody help me with problems related to my car when they have probably never even driven one?”

Like Britain in thn 1980's, Canada has also explored ways to grow its economy, concludingthat the stability of the nation and its people were major assets. It was determined that the call center industry to serve the American market presented an excellent opportunity. Beginning in the late eighties, strategic initiatives were put in place involving tremendously unified efforts by all levels of government and higher education. These efforts were initially intended to address economic woes of unemployment in traditional industries and leverage the value of the Canadian dollar.

The programs proved to be successful, particularly in more rural areas. The Canadian turnover rate was consistently a third of US. As there was less competition in rural areas from other industries for workers, there was far greater retention and a seasoned experienced workforce developed.

American providers have noted the formula along with being able to take advantage of the lower cost of living in many rural areas. Additionally, wages are lower with a reduced turnover rate adding to the value proposition. Human resources consultant FurstPerson reports in its 2008 Call Center Recruiting and Compensation Survey that the average cost of attrition per agent is $5,466.32. Consequently, call center providers are increasingly leveraging opportunities in areas with smaller cities, particularly in the Midwest.

One such provider is West Direct headquartered in Omaha, Nebraska (the oft-dubber "call-center capital" of the US). The business model is based on having 39 contact centers around the country, mostly in cities with populations ranging from 50,000 to 150,000. West Direct also employs home-based agents.

By offering telecommute positions; a much wider net can be cast to attract agents in outlying areas. The employee saves time on commuting and the cost of fuel. The employer is able reduce the costs of a seat in a brick and mortar center while frequently attracting high quality employees at a lower wage. It is common for the churn rate to be in single digits for home-based agents.

Technology, high-speed connections, and Web based applications has enabled companies to tap into rural America with its strong work ethic. Customer care can be domestically delivered at an attractive price point with callers being greeted by a fellow American.  I'll wager $100 we have new call center development in Michigan before 2009 is over.