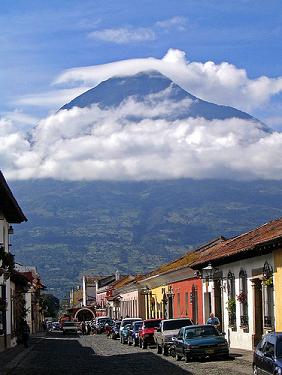 We’ve been debating the opportunities for Latin American countries to take on BPO work for a while now, and spending a few days in Guatemala has confirmed – beyond doubt – the potential of the region.

I had the pleasure of visiting Capgemini’s facility, which is quickly ramping up customer-facing F&A work for Coca-Cola Enterprises (which we picked up on here).  I am going to write more about this engagement in due course, but the hybrid nearshore/offshore operating model for Finance and Accounting and Procurement is showing strong signs of being the way forward for the industry.  This is also the case for many global strategic sourcing, supply management and HR BPO engagements. For example, Coca-Cola Enterprises is sourcing neashore work to Capgemini’s centers in Guatemala and Krakow, and using its Chennai operation to support these centers with non-customer facing processes.

Guatemala’s population itself is only 13.7m people, with 40% based in urban areas, however, it is the largest Central American hub with strong potential to source activities to neighboring countries, such as El Salvador and Nicaragua (see graph below) to compliment serices and keep costs low.  What impressed me most meeting many operations agents and managers was the easy-to-understand English intonation, the obsession with process, the youthful energy and the discipline.

One of the major delivery centers has already made Six Sigma yellow-belt certification as a stipulation for employment among all its agents, and puts many on the green and black-belt courses on the job.  The challenge for US onshore centers in the future is not only to compete on cost, but also on quality.

The core issue behind future growth is going to be where to source the customer/partner/employee facing work versus the non-employee processes.  While Philippines and India have proven themselves to be competent with voice work, the time zone differences make it difficult with complex work that requires a lot of management attention (especially during the early engagement years).  As one senior sourcing executive said to me, “Guatemala is a 3 hour flight…Manila is 20”.

The business challenge for today’s enterprises is the trade-off between operating costs, times zones and overall quality.  For example, if Indian costs for a set of processes are half those of Guatemala, how much more will you spend on management travel to the region? How many more FTEs will you require to compensate for exhaustive night-shifts?

The Coca-Cola Enterprises model is an example of bridging the benefits of nearshore with the low-cost advantages of offshore.  They are finding a balance between all the elements that are core to their business:  maintaining business relationships, lowering costs while enhancing quality and taking advantage of global sourcing to redefine their process and technology. 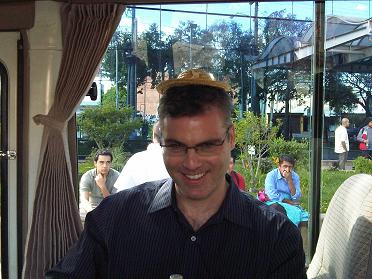