Get your finances in order before you outsource? 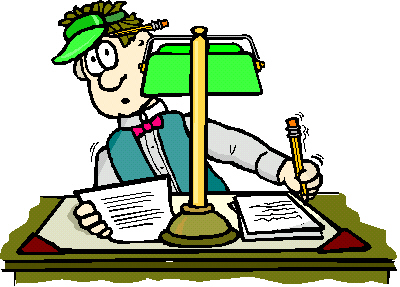 When I talk with firms about outsourcing, the conversation almost always circles around whether the client should sort out its internal processes before it can consider outsourcing opportunities.  In most cases for large global enterprises, transformation can be carried out concurrently as part on an incremental outsourcing transition.  However, for mid-market firms which may not have the resources, technology or the expertise as larger enterprises, moving too much of its back office too quickly to a third-party can often prove more damaging to the business than any savings generated.  That is not a risk you want to take in a cut-throat economy, where you may not have a chance to recover from poor decisions.

To this end, an old friend of mine, Bill Rieke, shared his experiences with CFOs of mid-market firms trying to drive cost-efficiencies into the financial processes.  Bill is a respected veteran of the BPO industry, having worked on multiple international engagements with Convergys and subsequently Genpact.  He now works independly with firms as an advisor with BPO and process optimization.  Over to you Bill…

I have been networking with several mid-market companies in Cincinnati, Ohio, and the surrounding states in the American heartland during our economic downturn. The concerns expressed by CFOs are not unlike the rest of the country or the world – lack of demand, availability of working capital, etc.

However, these heartland CFOs appear to be tackling their concerns not by outsourcing finance and accounting and other back office activity but rather by eliminating activities. They are doing so by optimizing the integration of their sunken expenditures in information technology, i.e., ERP platforms, and by reengineering their legacy internal business processes.

To implement SOX provisions, consultants were engaged to document business processes, assess the risks of these processes and then implement new procedures to cover internal control weaknesses. The goal of these efforts was not based upon efficiencies but rather rigid compliance. In fact in 2004, the SEC Advisory Committee found that 2.55% of revenue was spent on SOX 404 compliance for small public companies.

So while attention was devoted to SOX compliance, the global economic boom ushered lots of cash and corporations used that cash to acquire new ERP platforms such as JD Edwards, Oracle and SAP. These systems brought the promise of integration, streamlined operations and improved working capital management. But often, the value of these platforms fell well short of the marketing literature. Sometimes this was the failure of the systems themselves (thus the age of application wrappers) and at other times, it was the failure of legacy internal business processes surrounding these ERP platforms. And yes, consultants were used to implement these platforms – often without the skill or knowledge to optimize the business processes as well as the platforms themselves. And there is one well-documented Ohio company whose decision to outsource a new ERP platform was later rescinded.

So as we entered early 2008, we had business processes around legacy operational departments with incremental, SOX-mandated internal controls. We also had newly deployed ERP platforms whose actual financial benefits were far short of those promised. And finally we had very few heads of finance and very few heads of operations seizing control of costs and operational efficiencies. In short, we had profit leakages in a so-so economic environment, but now have significant working capital holes in a down economy.

Progressive CFOs in the heartland have now engaged a handful of very skillful, business savvy niche consultants and consulting firms to merge, integrate and optimize their technologies and business processes. These niche players are bringing six years of SOX experience combined with practical working knowledge in ERP deployment thereby quickly monetizing value that ERP specialists and working capital improvement consultants had promised. Outsourcing is still an agenda item especially in a handful of non-core functions and periodic analytical projects – but the financial improvements from optimization are now quickly being harvested to bring forward true accounting transformation. 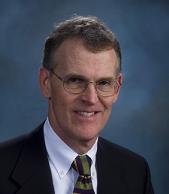