HP and CSC beware: Dell is quietly becoming a major threat to the traditional IT services providers 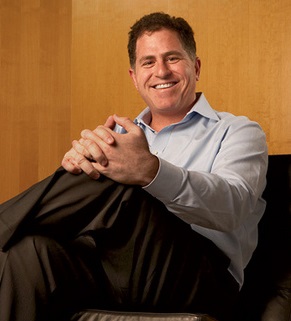 Rather than panicking about the next quarterly earnings, Michael Dell is focusing on building something for the next couple of decades

I don’t want to shock everyone, but occasionally I do have positive things to say about some providers.  And it’s nice to be pleasantly surprised by one which is clearly on the right path, because when Dell acquired Perot Systems in 2009, many of us were skeptical as to whether a product-centric firm, such as Dell, could make a genuine push into high-end services.

It is my personal belief that the likes of HP and CSC will be sweating from the oncoming threat from the Austin-based firm’s $8.5 billion services arm in the not-too-distant future, not to mention some of the flagging Indian firms struggling to rediscover their mojoes.

Why Dell is a dark-horse future services powerhouse

Strong leadership and deep resources.  Michael Dell is a great guy, liked and respected by everyone who knows him and works for him.  He is also a smart businessman and smart communicator and his no-bullshit style has permeated its way throughout the company.  Moreover, he is very, very rich – with his Dell investment rumored to be only a third of his entire personal fortune.

Taking Dell private will shelter the firm from the intense public scrutiny being placed on services firms today, consumed with unrealistic margin pressures and gobbledygook strategies that mean little, but sound impressive.  It is clear that Michael recognizes which elements of his business are nearing the sunset or maturity phase of their evolution, and where the future growth is coming from.  He recognizes that the services industry is hitting crunch-time with too many competitors and too many copycat strategies.  Being able to take a detour from the impending turbulence will enable the firm to weather the storm, make some strategic tuck-in acquisitions and re-emerge in the future onto public markets as a real Tier 1 force.

Talent in abundance.  Michael has assembled an unbelievable array of talent through his acquisitions and direct hiring from competitors.  In services, snagging Suresh Vaswani to lead Dell’s services shortly after he was displaced as Wipro’s CEO is proving a masterstroke.  Suresh has built a very dynamic team, including Ashutosh Vaidya, Wipro’s former head of BPO, Tanvir Khan, who helped establish Minac’s US operations, and Sid Nair, one of Wipro’s US sharpshooters to drive the healthcare services offerings.  In addition, what impressed me most was the talent in the middle-management layer, for example, former star Redmonk analyst, Michael Coté helping devise cloud strategy, and Cameron Jenkins, former COO of legacy modernization firm Clerity, helping drive Dell’s thriving application modernization business.  While many of Dell’s competitors only push their thin veneer of senior leaders in front of the industry stakeholders to mask a mediocre middle-layer of sales people, Dell is proud of the people it has assembled throughout the organization.

Positive culture.  Let’s make no bones about it, several of today’s services firms are suffering from low morale and executive burnout.  Some have really lost their way and much of their top talent – and it’s sometimes hard to pinpoint people you still know in those firms.   However which way we look at it, services is still a people-business, where passion and energy are still the core ingredients to inspire clients and drive new thinking and ideas.  You don’t get that feeling from the Dell crew, even after several mojitoes… these folks are genuinely happy to be where they are.

Limited bullshit.  When your leader is a straightforward guy who clearly articulates what he wants to achieve, the rest of the firm normally follows suit.  This really is the case with Dell, where everyone talks a straight game regarding their strategy and game plan.  The firm’s offerings are, quite simply, uncomplicated:  IT products and services across all key areas, namely security, private cloud enablement, enterprise mobility, service management, application development and infrastructure management.  I was particularly impressed with its cloud strategy, based on its own datacenter and hardware heritage, and also its modernization business, where it was addressing many of today’s businesses still plagued by legacy mainframe environments.

There is also a stealth BPO strategy where the firm is pushing into verticals where is has deep domain expertise (both onshore and offshore), such as healthcare, life insurance, transportation, retail and hospitality, as opposed to getting crushed in horizontal areas such as F&A and procurement, where it hasn’t established much presence.  An estimated $350m a year of non-federal BPO business is enough to get Dell to the big boy’s table in its selected vertical areas, and open up the potential for acquiring additional BPO capability as it grows.

Very strong edge in the upper-middle market for IT services.  There is a host of clients in the $1bn-$5bn range which are struggling to get the red-carpet treatment from the Tier 1 providers, still feasting off the fruits of the high-end enterprises.  There is a great opportunity for Dell to exploit its massive installed base of hardware clients with no-nonsense IT services offerings from simple Windows migration projects through to complete apps and infrastructure modernization engagements.  It also has a pretty decent brand to work from (with a concerted marketing push).   It will need to contend with competitive friction from the reseller channel, but Dell knows it must develop its broad services business offerings if it wants to survive and prosper.  In addition, many of these “upper middle market” clients are going to be the F500 of the future, and building a solid base of clients in this sector is laying the groundwork to attack more high-end business down the road.

The Bottom-line:  Dell’s enterprise services journey is in the early stages, but it has a much brighter future than many of its counterparts

Dell has a lot of work to do, but Michael has spend the last three years putting together the framework and game plan to take the company forward.  Being able to shield the firm from the Wall St. headwinds that are consuming the leading service providers, is a huge benefit for the firm seeking to take its time adapting to a rapidly changing environment and re-positioning itself in new growth areas where it needs to develop its brand and reputation.  Rather than simply panicking about the next quarterly earnings, Dell can focus on building something for the next couple of decades.  The firm does need to acquire additional scale and depth across most its service lines – and may need to sunset or divest of some of its own legacy businesses, which simply make less sense to own in today’s environment.   However, for many of today’s ambitious services executives, this is one firm that has a great culture, strong leadership and a no-nonsense vision that is in tune with the realities of what is needed to survive.  I hope to link back to this post in a couple of years with an “I told you so” smirk on my face 🙂