Can this Marriage Be Saved? 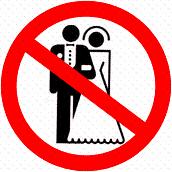 You may recall the excellent guest post "Upward, Onward, Onsource!" by my good friend Deborah Kops, back in November last year.  Deborah is widely recognized as one of the outsourcing industry's foremost thoought-leaders, having led global transformation efforts at Deutsche Bank and Bank of America before helping to establish PwC's outsoucing division.  Today, Deborah is Chief Marketing Officer for WNS Global Services, a leading offshore BPO and KPO provider.  BPO today is all about governing your service provider relationship, and whether or not you view your vendor as your partner, the whole experience is certainly like a marital relationship (better hope my missus doesn't come here…).  Thanks Deborah for sharing this great article with us… over to you:

When I grew up, moms stayed at home and spent their free time between school runs poring over the latest offerings from Good Housekeeping and Women’s Day — recipes, childcare tips and hints to please (and keep) a husband. Before you think this discussion is completely tangential to the implementation of global services, read on.

Those of us baby boomers know that most mothers assiduously read the Ladies’ Home Journal column, “Can this Marriage Be Saved?” My mother was no exception; before I understood the carefully worded root causes of marital failure, my pre-teen sensibilities picked up on the fact that leaving a towel on the floor or coming home late without explanation were not all that good for a marriage.

Fast forward many years and perhaps there should be a similar advice column for outsourcing relationships. We ascribe so much hope for better performance, lower cost and new heights for business value, yet, we have not evolved a way to detect and track those subtle changes in behavior, which taken in aggregate, signal relationship distress. And, when ignored, they can dash the hopes and dreams of the business equivalent of marriage.

The signs and signals are so easy to see, yet … we generally ignore them until the damage is done, and it is much more difficult to put the relationship back on track. We tend to forget that outsourcing arrangements are comprised of a series of complex human transactions — customer to outsourcer, customer’s customer to outsourcer, customer to business line, individual staff to client staff — where the nuance around and tenor of any interaction are as or more important than meeting a service-level agreement.

At no time is a relationship more vulnerable than during transition, especially if there are many moving parts, and the deployment plan timeframe is overly aggressive. By the time, the relationship is on the skids, minor miscommunications, individual disagreements and missed deadlines have been magnified into battles royal.

Because it has been drummed into us that logic and motive drive business relationships, and because we have been sold on the ultimate importance of a logical, comprehensive governance framework as the key to outsourcing success, both parties tend to ignore those subtle behavioral signals that suggest that a relationship is going sideways. Tactics to effectively deal with the behavioral symptoms that indicate relationship distress are not addressed in any governance framework with which I am familiar. Perceptions — fraught with emotion — must be managed effectively in order to make governance work.

Having sat on both sides of the table, here are 10 behavioral signals that, singly or in aggregate, send out the outsourcing relationship equivalent of an SOS.

1. Preparation for executive governance meetings becomes all consuming. Scripting of reviews for executive sponsors becomes time consuming, carefully choreographed pas de deux. Wordsmithing for governance presentations and decks makes bilateral negotiation of nuclear non-proliferation treaties look like child’s play. The goal of each party? Get the point across, but not at the expense of personal or program credibility, hoping that the right orchestration will turn into a skillful game of public gotcha, placing the blame for program blips squarely and publicly on the other party.

And, after the decks are complete, each party spends inordinate time briefing executive sponsors and governance representatives before going into a battle of positioning and specially chosen words.

2. Consultants are brought in by one or each side to take a relationship health check. A new face under the guise of an independent look is analogous to one partner in a marriage going to his/her own counselor. Unless agreed to by both parties, the consultant is by definition partisan; his/her patient is only the one who pays the bill, not the partners in the marriage.

Dueling consultants make relationship repair even more complicated. They are not necessarily dealing with the same fact base; in most cases they are used to justify their customers’ perceptions, not facilitate a real alignment. Only a jointly appointed consultant can have a prayer of getting the relationship back on track.

3. Sudden changes in daily scheduled activities become obvious. This is no different a relationship distress signal than that of a marriage where one party suddenly starts to work late. If longstanding routines, especially those that reflect the rhythm of a tightly controlled transition, inexplicably change, leaving chaos behind, it’s the sign of a problem.

4. Routine discussions are held behind closed doors. At the start, outsourcing relationships bask in the glow of the post champagne period — that time when the sense of achievement coming from signing a contract after protracted sourcing and negotiation leads both parties to believe that all things are possible. Behaviors are relatively relaxed, office doors are kept open and key decisions are easily made around the coffee machine. But when unresolved frustration hardens into formal behavior, suddenly doors are closed and each meeting results in reams of copious notes.

5. Requests for data suddenly go through the roof. Like any good marriage, outsourcing relationships are built on trust. And when reams of data are demanded, requesting information that more than proves a point, it suggests a lack of transparency in the relationship that can only be fixed by reams of data.

6. Meetings are held in windowless conference rooms. A sure sign of distress comes from the choice of meeting venue. However, scheduling these rooms has the opposite effect of an invisibility cloak. Where previously meetings were held in the open, with everyone on the floor fully aware of attendees and generally in on the agenda, now windowless interior rooms become the meeting venues of choice, keeping the table pounding and pointing fingers out of sight from the rest of the teams.

7. Meetings, which were formerly attended only by principals, are now standing room only. The solution architect, or the account manager, is no longer left alone in a room with his customer counterpart. Account execs and customer sponsors now insist that any discussion, which affects the critical path, cutover or performance be witnessed by at least three team members on each side. As a result, productivity drops and blood pressure rises from meetings, which have now morphed into confrontations.

8. “Let me come back to you” becomes the stock response to any request, either casual or formal. Where previously decisions — both big and small — could be made over lunch or at the coffee bar, now any suggestion, regardless of cost or impact, is quickly dismissed with one curt sentence. Inability to commit because the ramifications may further exacerbate whatever is wrong quickly strains the relationship.

9. Joint partying ceases. In the lexicon of outsourcing transitions, partnerships mean partying together. Joint milestone celebrations, or team building happy hours are integral to fostering a good working relationship, especially when there is a substantial systems implementation component.

10. Referencing stops, or is tightly meted out. In the first blush of the outsourcing relationship, all parties bend over backward to be accommodating and support each other’s
business goals. However, when the relationship starts to experience stress, the global services equivalent of withholding affection happens, and references to potential customers are often stopped or starkly curtailed.

Naturally, there are variations on each of these behaviors; each relationship can spawn its own unique list of hurts and slights. But as in all situations, the little things matter. And the outsourcing relationship is, at its heart, comprised of a myriad of brief human interactions.

Do these distress signals mean that the relationship is doomed to failure? Not at all. Savvy customers and outsourcing providers are sensitive to subtle changes in routine and interaction, and move quickly to source and sort out the root causes that result in the outsourcing version of “acting out.” Outsourcing marriages can be saved. 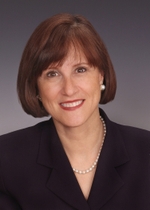