Is the outsourcing industry really still that clueless about cultural issues? Or high time to change that record… 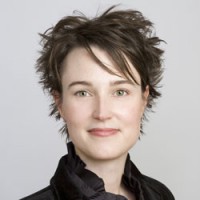 We were woken this morning with a nudge from our friends at Outsource Magazine that one of their contributors, Brandi Moore, had dared to take a few pot shots at a report we produced earlier this year that looked at the promise of Latin America as a sourcing location (get your free copy here).

While they were clearly hoping to stir up a little excitement on a Friday lunchtime, when someone wants to label a piece of research “painful”, it warrants a defense from the people who wrote it.  So who better than co-author and one of the most knowledgeable people you will ever hope to meet on the topic of Lain American sourcing:  Esteban Herrera.  Have at it Mr H….

In Brandi Moore’s “painful” interpretation of the joint research we did with Softek about Latin America as a sourcing destination, she manages to disparage an entire industry, ignore the facts, offer tired examples as brilliant self-aggrandizement, and demonstrate a poor understanding of her supposed field of expertise (culture). We often take a tongue-in-cheek approach to our coverage here, but we take the accuracy of our research and reporting very seriously.

As a Latino who spent exactly half his life in the US (Massachusetts, Illinois, Texas) and the other half in various Latin American countries (Costa Rica, Brazil, Mexico), and India (Bangalore), I feel uniquely qualified to comment on cultural impact in cross-cultural communication and work. And as someone who has had the honor of working for two outstanding members of the outsourcing provider industry (Accenture and Infosys) and worked on over 200 outsourcing relationships as an advisor, I have some clue about how culture impacts delivery. It isn’t clear to me that Ms. Moore has ever lived abroad as a professional, and she has never been responsible for service delivery from the provider side of our industry. She does, however, believe that her background in “forensic science” makes her qualified to comment on culture in outsourcing and why most of you seem to be doing it wrong.

Had Ms. Moore checked her facts, she might have saved herself from significant embarrassment. Let’s take some of her wilder assertions and compare them against reality:

1. The article implies that our research was written with American short-sightedness about culture. Had she checked her facts, she would know that the author is a subject of Her Majesty the Queen Elizabeth, his team was British, Argentine (how’s that for cross-cultural collaboration—Falklands and Soccer, anyone?) and Mexican, and the whole thing was edited by a Costa Rican.

2. Had this expert on culture bothered to check the definition, she would know that culture is defined by Merriam Webster as:

a: the integrated pattern of human knowledge, belief, and behavior that depends upon the capacity for learning and transmitting knowledge to succeeding generations;

b: the customary beliefs, social forms, and material traits of a racial, religious, or social group; also : the characteristic features of everyday existence (as diversions or a way of life) shared by people in a place or time;

c: the set of shared attitudes, values, goals, and practices that characterizes an institution or organization;

d: the set of values, conventions, or social practices associated with a particular field, activity, or societal characteristic.

Our report makes the simple but obvious point that shared experiences and values make it easier for communication across cultures. Ms. Moore dismisses the use of credit cards, for example, as relevant in a business culture. Each and every one of my banking clients who offshore customer service for their credit customers would disagree. But that isn’t even the issue, because people with experience will eventually understand both the concept and the process. One of the few correct assertions in the article is that it is ultimately what motivates people that matters. We agree, and it is obvious to us that Western societies have more in common in how they understand work, success, and collaboration, amongst many other things, which is exactly the point we made in our report. The fundamental, Judeo-Christian inspired societal values shared by Europeans and North and South Americans make them more alike, and more likely to understand each other, than when paired with other macro-cultures.

3. Ms. Moore’s article suggests that few if any outsourcers engage in any cultural training beyond “30-minute videos” for their employees. Bull. Companies like Accenture, Cognizant, Wipro, Infosys, and IBM all require cultural training programs of 3 weeks or more for their associates. Even more egregious is the assumption that outsourcers try to tell their clients their offshore resources are culturally identical to Americans (she limits her discussion to the US, though Europe and Asia are also large consumers of outsourced services). Nothing could be further from the truth. I just finished three days of final provider presentations at one of the clients we are advising. Each and every offshore provider (there were five of them) made it abundantly clear that cultural differences are real, they will impact performance, and they will take work. I wonder if Ms. Moore has been involved in the hiring of an offshore provider in the last five years or so.

4. If you understand outsourcing realities, you know that the article misstates the reality of outsourcing relationship dynamics: Ms. Moore says “clients don’t understand why an outsource team member doesn’t speak up because of power distance issues across the team”. This is one more version of the tired “when an Indian co-worker says yes, it doesn’t necessarily mean “yes” Please. I’ve been hearing that one for over a decade. It has some truth to it, but this is reporting? How exactly is this helpful to someone managing an offshore team? How does it help the offshore team understand cultural dynamics? The fact of the matter is that pushing back helps the relationship. Clients and providers understand this.

5. The most ignorant opinion I found in this article, and there were a few to pick from, was the following “It’s difficult for Americans to think about cultural differences because we subsist on the idea that everyone is the same. This idea powers American culture. Without it, Americans would find themselves in the same situation as Norway: confronting radical groups focused on identifying people that hold differing beliefs.”  Let’s look at reality:

a. What makes America great, in part, is that it is a melting pot and thus the most tolerant of all cultures. Not immune from discrimination, most Americans, in recognition that this is a land of immigrants and 235 years is but a short time in human history, accept that others are different. My guess is offshoring would not work in the other direction, with Americans serving Indian corporations, for example, because immigration has not been as big a part of India’s (considerably longer) cultural history.

b. The insensitive reference to the recent Norwegian tragedy illustrates a poor understanding of the reality of global terrorism. Perhaps Ms. Moore took the day off during the deadly attempt on Rep. Gabrielle Gifford’s life by an American  “focused on identifying individuals who held different beliefs”. Maybe she’s not old enough to remember the Oklahoma City bombings. Perhaps she missed Glenn Beck’s thinly veiled suggestion that the Norwegian students deserved the bloodbath for being at a left-of-center gathering. Norway’s problems are eerily similar to America’s problems, Ms. Moore. The ultimate example of cultural insensitivity may just be to imply that “my terrorists are better than your terrorists”. 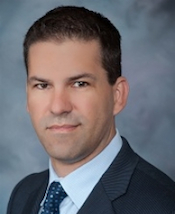 Had this self-described journalist bothered to check with the authors, or maybe just read the entire report, she would have known that we do not, in fact, equate business culture with Western products or TV shows. But we do acknowledge the reality that a shared experience, especially in the formative years in which we grow up, makes business collaboration significantly easier in our adult lives.

The field of culture in outsourcing is a very, very important one. Ms Moore helps shed light on its importance, but then destroys her arguments in such a way it may never get the attention it deserves.