One of the most scintillating sagas of the year has been the unravelling of the great Alsbridge European mystery, with their previous UK entity being reincarnated under the name Aecus (the son of Zeus) and Alsbridge US preferring to grow its own European business, as opposed to persisting with a franchise strategy.

Clearly, CEO Chip Wagner and his cohorts had grander ideas than merely hiring a few local boffins – and their recent acquisition of Source accelerates the firm up the value chain of sourcing advisors. Source has developed a growing reputation for itself under the leadership of its founders Barry Matthews and Eleanor Winn,  adds 20 staff schooled in ITO/BPO, vendor management, governance and SIAM skills, as well as demonstrated robotic process automation/autonomics insight, expertise and hands-on experience. Geographically, they have a track record in the Nordic market, a hotspot in the industry, and will bring credibility, should Alsbridge choose to focus on that area in the future. 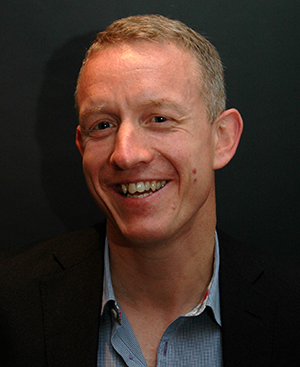 Phil Fersht (CEO, HfS): Good afternoon, Barry – thank you for joining us on HfS, it’s a pleasure to have you with us. Your company, Source, recently got acquired by Alsbridge. But before we go into that, maybe you can just give us a very quick high-level bio and how you ended up in the advisory world.

Barry Matthews: Okay, no problem. It’s a pleasure to be with you. My background is in the service provider supplier side of things—predominantly in the IT world.

I was at GE Capital selling and delivering big infrastructure deals for a number of years. And then at Sapient, back in the day when we it called “globally distributed delivery.” It seems to have become offshoring. So I have a lot of expertise in delivering offshore deals. I then was an independent consultant in the outsourcing space before I joined Alsbridge plc (now known as Aecus) in the UK back in, I think, 2005. I setup their IT sourcing practice and had a very enjoyable time with those guys before I left at the end of 2009 to set up Source. We had five very enjoyable years before Alsbridge approached us six months ago to rejoin the Alsbridge family. I’m now one of the managing directors for Alsbridge in the UK. So, yeah, it’s been an interesting journey. I now have the same email address I had six years ago.

Phil: So all your old spam is coming back to haunt you…

It’s the same Alsbridge brand, but it’s a very different organization from my earlier tenure. It’s very fast paced and rapidly expanding. There was a real meeting of minds when we had the discussion about whether or not it made sense for us to merge. It is very exciting. It’s more like a startup in the UK. And we now have got a number of service lines we didn’t have before and are able to offer the CIOs and CFOs we work with completely different services. So we are excited about the next 12 months or so.

Phil: So – in a nutshell – what was it that attracted you most to the Alsbridge business? I’m sure there were probably a few other bigger advisory shops that would have loved to absorb you. What was it about Alsbridge which made you choose them?

Barry: I am sure it sounds trite but culturally I think we were really well matched. When I first met Chip Wagner it was a real meeting of minds. And they painted a vision of what they wanted to achieve in Europe—which was what we wanted to achieve—and where they were trying to give outsourcing a much more positive brand and shift the focus to positive outcomes. They felt that we were doing a good job with the one service line we had, which was outsource advisory. They were able to bring another five service lines and really expand our offering. And so with them we saw that we’d be able to make much more of an impact for the industry. So we agreed with that and went ahead with it.

And so there was that fundamental meeting of minds. And the other area that we were talking a lot about these days is automation—whether it’s RPA, IPA or artificial intelligence. Alsbridge really falls into our vision for that and what we have been doing. And we have some exciting plans. Then there’s the investment opportunity of really building that practice in the UK and in Europe. So we are excited about that as well.

Phil: Alsbridge has been making quite a lot of noise about the RPA space. But, getting past the hype, what are you generally seeing from the client side? Are you seeing some real traction here or are we still early days and it’s a few people just dabbling?

Barry: It’s interesting really. I have been thinking about robots and RPA for the last three years or so. And it’s only recently that it’s been talked about a lot really, if I am honest. We were the first advisors to set up an RPA practice, which we did 12 months ago. And until about 6 months ago it really was still a lot of talk and not a lot of action. But in the last six months we are now really starting to see some traction in the industry.

So we have seen a big difference in the last six months. We now have 10 proper RPA engagements where we are not just talking about it but are doing actual billable work with customers to advise them on business cases, processes that they should start with, software vendors they should work with and change management around it. And that wasn’t the case six months ago. It is now. We have got some really interesting customer engagements on the go and a big pipeline of opportunity too.

I think we have reached the turning point. I think people have stopped talking about it and have started doing stuff now.

Phil: And where are you seeing most interest and traction on the process side? Is it in F&A or is it just a broad spectrum?

Barry: It’s a really broad spectrum of stuff. Brands are hesitant to allow us to go into details, for obvious reasons. But we have a range of customers and it depends on the industry. We are working with a utility provider and have looked at 15 different processes that are very, very specific to the service they provide to their customers. We also are working with a big car manufacturer.

And we are looking at all of their non-operational processes to identify automation opportunities. We work with an insurance broker—and that’s very specific to underwriting processes. We are working with a water company and that process is related to customer billing. So it really varies. It’s not just in F&A or in HR. It’s more industry-specific processes.

Phil: Barry, maybe you can clarify something for our readership. We have seen some confusion around what people generally term as “automation.” You know, what is legacy automation and what is RPA? Can you explain to our readership what the real differences are? 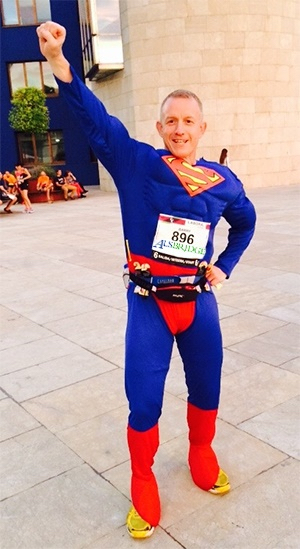 Barry: Yeah, sure. I think there is a lot of confusion. I’ll talk to customers and they’ll tell me, “We’ve been automating. We have been implementing Oracle or SAP, and we are going to implement business process management systems.”

And isn’t that automation? Absolutely, of course it is. It is automation.

What we are talking about is replacing manually intensive processes—processes that don’t lend themselves to the large-scale BPM programs, things which are sort of swivel-chair processes that have been carried out by business process outsourcing or offshore for a long time.

And the way I describe it to customers is sort of like the software we talk about is macros on steroids. It’s simple stuff. It really is simple stuff. And you don’t have to automate an entire process. You can automate parts of a process incredibly quickly using the new software tools which typically they don’t know about. And so it’s really the long tail of the specific processes, which typically you would use a person to do, that can be automated pretty rapidly. So it’s mapping what people have been doing manually for quite a long period of time and monitoring them. It’s rule-based. Setting up a process to automate what they were doing previously rather than having to rely on a big IT program.

Phil: One final question I have to ask is this, Barry: If you were crowned king of RPA for one week, what would be the one task you’d try to achieve for the industry?

Barry: A good question. I would try and free people up from doing boring stuff I think to be honest. There is so much in our industry whether it’s in IT or in business process where there are people doing incredibly low level quite frankly boring tasks again and again and again. And if you can free them up to do more interesting and more value adding stuff by replacing that boring stuff with technology then I that would say that would be a good thing to do in my brief role as king. So I would rid the world of boring mundane tasks.

Phil: That is brilliant. Thank you very much, Barry!