2010 Predictions for the Outsourcing Industry 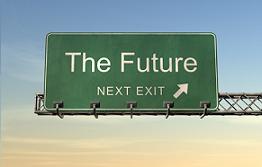 Firstly: my apologies to everyone for hopping on the perennial "Predictions Bandwagon".  One may as well say "Stop press everyone, I'm just such an important smarty-pants you should listen to ME ME ME!"  As Newt Gingrich told us earlier this year:  "There is not one living being that can accurately predict the outcome of this crisis, all we can do is continue the dialog and the answers will slowly unravel".

Secondly:  we've conducted two major studies with outsourcing buyers globally this year (and am currently sifting through 800 responses – and counting - from our current industry study).  While we can evangelize, prophecize, pontificate and sermonize, nothing can substitute for real data on what everyone is currently doing and planning to do.  We have the platform here to do that, and I personally thank all of you who took a little time out to share their views, actions and intentions.

And Thirdly: I'm just such an important smarty-pants you should listen to ME ME ME!"  So maybe I can help with the unraveling?

i) CIOs and CFOs will be uniquely challenged to avoid becoming "Cartoons of the Recession".

Simply put, when there's a serious recession in the works, the job of the CIO is relatively simple – cut costs and squeeze your suppliers using whatever means are at your disposal.  CIOs rarely get fired in this scenario, unless they somehow messed up the cost-cutting.

Their real challenge is when we emerge from the recession; the spotlight is firmly on them to deliver value.  They are, quite literally, drowning in options, and it's a major challenge to convince their peers they are capable of driving new business value into the organization.  CFOs will be similarly challenged by the fact that they are going to have to prioritize investments versus cost-containment initiatives, exacerbated by the realization we're moving into a period of drawn-out economic uncertainty, and not the classic economic recovery-cycle.  Their options are as tough, if not tougher in this "New Normal".  Outsourcing is one key component to help crystallize these options – driving out cost, while creating new avenues of possibility.  The CIOs and CFOs who "get" sourcing will be in the driving seat.

ii) Labor arbitrage will continue to dominate outsourcing, but the smart providers will be focused on providing consultative value to their clients.

Most new outsourcing contracts are still dominated by customers which have got lots more room for maneuver with labor arbitrage.  Sadly, this will continue to dominate most of the deals in 2010, and we'll see the tiresome cost-per-FTE price battle continue.

When you consider that 75% of service provider staff for ERP development and support are still onshore, there's a lot more wiggle-room for new and existing clients to cut costs through lifting-and-shifting work offshore.  With commodity services areas such as ERP software development and maintenance, and transactional accounting processing, it's getting harder and harder for service providers to command higher price-tags in this New Normal.

Those providers proving operationally-efficient and cost-competitive to win this labor arbitrage work today, will find themselves in a strong position to push higher-end business transformational services in the future, because they will already be present within clients delivering operational work.  They need to demonstrate they are capable of learning their clients' businesses, in order to move up the value chain to take on more consultative work.   Those providers which only focus on providing cheap body-shopping for commodity services, will get usurped from the market quite quickly.  Worst still, not many of the leading providers are likely to acquire competitors which only have a transactional skill-set and low-value client relationships.

iii) Sourcing advisors will increase their influence in the market.

As the analyst business consolidates, many business leaders are looking further afield for inspiration, validation, data and advice.  Especially in the sourcing world, where the best advice is often coming from those living the experience in the field.  Our forthcoming survey results will reveal this is happening.  Business decision-makers today need advice that can be made available in personalized models from experts that can deliver it.  The smart advisors are going to be those which can adapt and scale their experienced talent seccessfully in a semi-customizable model.

We'll see a couple more mergers on a similar-scale to Dell/Perot and Xerox/ACS.  Expect at least one involving a traditional incumbent and an Indian-HQ-ed service provider, and at least one other between one of the pure-play BPOs and an IT-centric services provider.

v) BPO will rebound to have its strongest-ever year.

2009's been a somewhat damp-squibb for mega-BPO deals, and while we've seen a lot of small-engagements and a few captive buy-outs, a lot of BPO decisions were delayed due to the crisis.  As expected, ITO's been the first to emerge strongly from the recession, as this is the most mature market where deals are transacted fairly quickly today.  However, for many companies, especially those which have already outsourced much of their IT, the next wave of obvious cost-savings are to be found in BPO areas.

As our soon-to-be released new survey is revealing, transactional finance and accounting BPO will have a resurgence in 2010, with additional interest in management reporting, and we'll also see a fresh wave or HR outsourcing, which has been quiet for a couple of years now, with new uptake in payroll, benefits admin and recruiting outsourcing.  Procure-to-pay outsourcing is poised to accelerate, but we are unlikely to see muchrenewed traction in strategic sourcing services.  We'll also see renewed focus in the analytics space across several verticals and horizontal areas.

vi) Cloud will emerge, but its definition and concept will get diluted and confused.

Yes, Cloud is the future and a major game-changer, but - like everything else in the IT world - the definition and meaning will get diluted and confused (remember SOA, EAI, CRM, E-business etc etc).  The winners in this game will be those providers which can articulate exactly what Cloud means and how companies can start evaluating Cloud-based delivery models.  Cloud will become closely intertwined with outsourcing,  and we're already seeing many service providers developing their Cloud-strategies.

vii) The speed of change will become frantic and frightening for many.

While in the good ol' pre-crisis days, firms could take time over major (and sometimes disruptive) business decisions, companies today are having to make them much more quickly, and move much more aggressively to execute on them.  This is particularly relevant where outsourcing is concerned.

As we've seen in the past few months, many of those sourcing decisions that were delayed during the first half of the year, quickly came to fruition recently, as firms realized economic armageddon has been averted, and it's time to roll-out the new corporate agenda: quickly and aggressively.  2010 will not be a year for the timid, and we'll have a lot of frantic people trying to grapple with outsourcing - we'll see more political pressure, more negativity, more case-studies, more value propositions, more momentum and more energy  than we've seen yet in this crazy industry.