Will India’s desire for short-term profit trump the need to re-invest beyond the current market spike?

You won’t see a CEO being removed after achieving a double-digit growth rate too often, but that’s just what happened, when Wipro’s co-chiefs Suresh Vaswani and Girish Paranjpe stepped down last week. 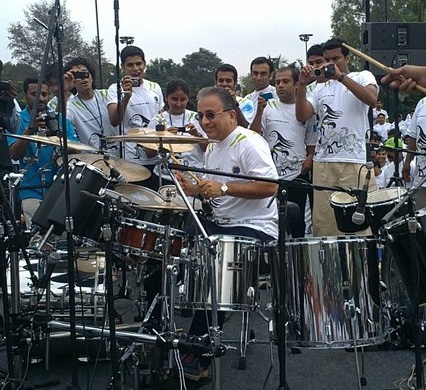 Wipro eyes a new rhythm after Suresh Vaswani steps aside

And while I am personally excited to see TK Kurien take the helm, with whom I have had some excellent discussions over the years, I am concerned that some of the Indian service providers are so blinkered by today’s short-term explosive growth spurt, they may taking their eye off the long-term plan.

Remember, Mark Hurd was at HP for 5 years before leaving due to non-corporate activities, Sam’s been at IBM for donkey’s years, Vineet’s been leading HCL since 2005 and Frank D’Souza at Cognizant since early 2007.  All these guys have led their companies though short-term pain to establish their long-term plans, and I would be highly surprised if any of them stepped away from their roles for a while yet, provided they avoid any late night HfS parties, or dodgy game show panels at conferences.


Whatever the reasons behind the leadership change, you can’t mask the fact that Wipro’s financial performance hasn’t stacked up as impressively as the likes of Cognizant, HCL and TCS, despite reporting third quarter earnings of $294 million, up 10 percent from a year ago, revenues up 12 percent from a year ago, and IT services revenue was up 19 percent from a year ago. However, as we laid out in our 2011 predictions, the offshore IT spurt isn’t infinite, and we fully expect it so slow to a more modest pace towards the end of the year.  So will Premji’s impatience to produce numbers as stellar as his competitors be rewarded, or has he already missed this phase of hyper-growth in offshore services?

Wipro has been at the heartbeat of the Indian IT services industry, and more recently BPO, during the offshore services industry’s entire rise to prominence.  The firm has been more ambitious than many of its competitors on the acquisition front, notably picking up Spectramind, Infocrossing, Enabler and Inbev’s LatAm BPO center in recent years.  Moreover, Wipro has today achieved a larger marketshare of the F&A BPO market than its prime India-headquartered rivals, Infosys, TCS and Cognizant. However, while Wipro delivers IT services as competently as most of the competition – especially with its capabilities around SAP, the company has suffered from a brand identity.  It has too often finished second in a down-selections and customers have often struggled to fully understand the firm’s DNA.

The seeds have clearly been sewn for a bright future for the firm, and it clearly provides a wonderful platform for TK to make some telling tweaks.  Let’s hope Premji gives him a bit more wiggle-room to take the company in a direction where he feels that Wipro’s not only pushing TCS et al. harder for marketshare, but also is readying itself for the next wave of offshore service growth beyond the current spike.  We’ve been promised an interview with TK soon… so stay tuned.

All-in-all, the challenges facing India’s offshore industry are the same for all the service provides – both traditional incumbents and the expanding offshore firms.  These are challenges you can’t mask under a few quarters of rampant profit, they have to be embedded in the very infrastructure of the provider’s delivery model.  This means the winners over the long-haul are already re-investing some of these profits on the following areas:

*Developing industry domain knowledge to be true consultative partners to clients, and not simply effective implementers of Six-Sigma and LEAN

Suresh Vaswani (pictured above) steps down as Co-CEO of Wipro.  You can read our recent interview with him here.