Where is AWS in relation to the other IT services players? And a sneak peek at Q2 provider chart…

Sometimes it’s all in the fine print. We often put a small comment at the bottom of our charts that gives additional details about the data and a note of anything which specifically impacts the chart. A note we often add to the quarterly bubble charts we do is that we haven’t included one provider or another because if we added them it would skew the chart. One question I get asked fairly frequently is where AWS would feature on the chart. 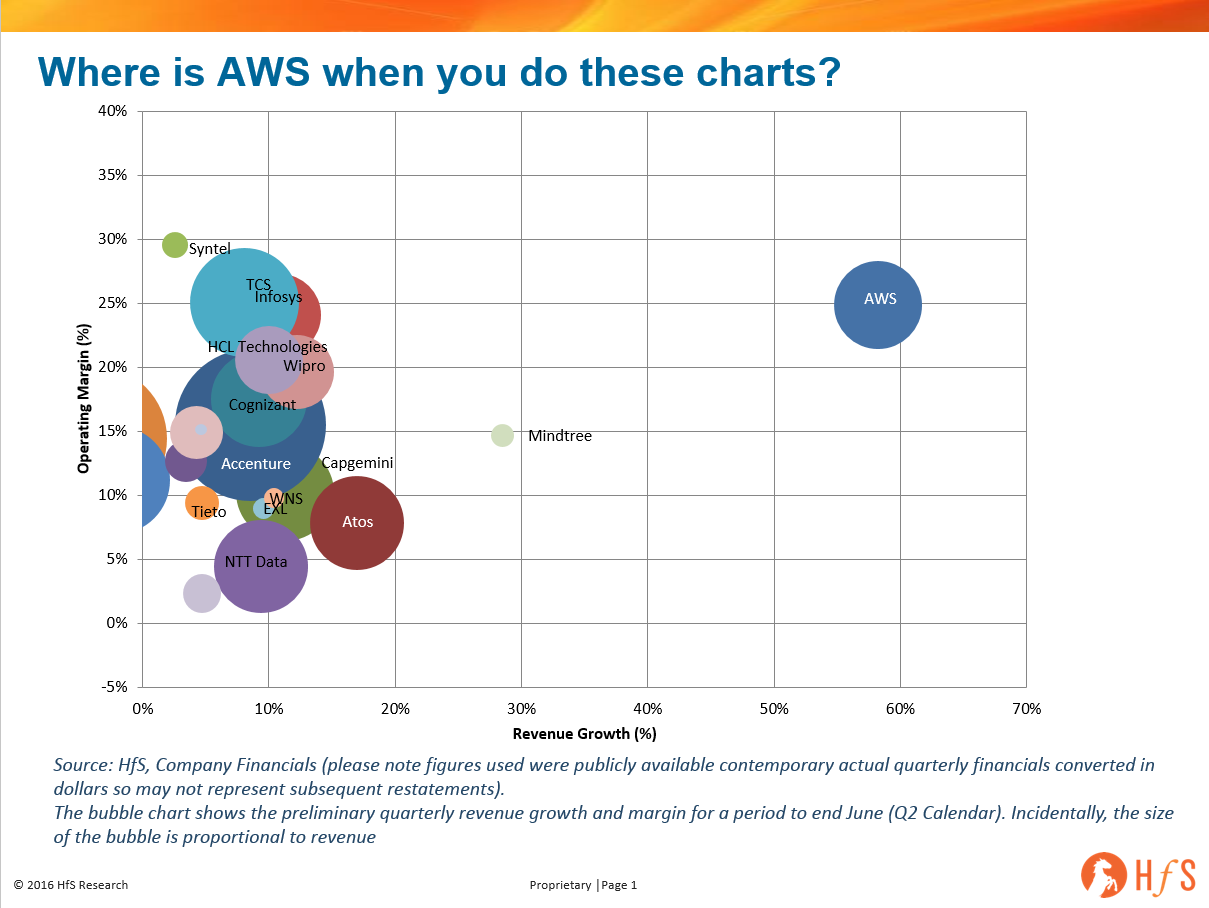 The chart speaks for itself, demonstrating why we tend to leave AWS off the chart! Frankly, if we include them it’s hard to see anything going on with the other providers. The growth rates of the other firms just blend into one another. Because this chart is limited to financial results there are few sizable IT or business services firms that operate at that level for any sustained period. So it would be great to show Microsoft cloud and Google bridging the gap between the groups. However, neither provider publishes a clean revenue / margin statement for this part of its business. However, Microsoft has started to report some information about its public cloud business, Azure, stating that its revenues grew over 100% in the same period, albeit from a smaller base than AWS. 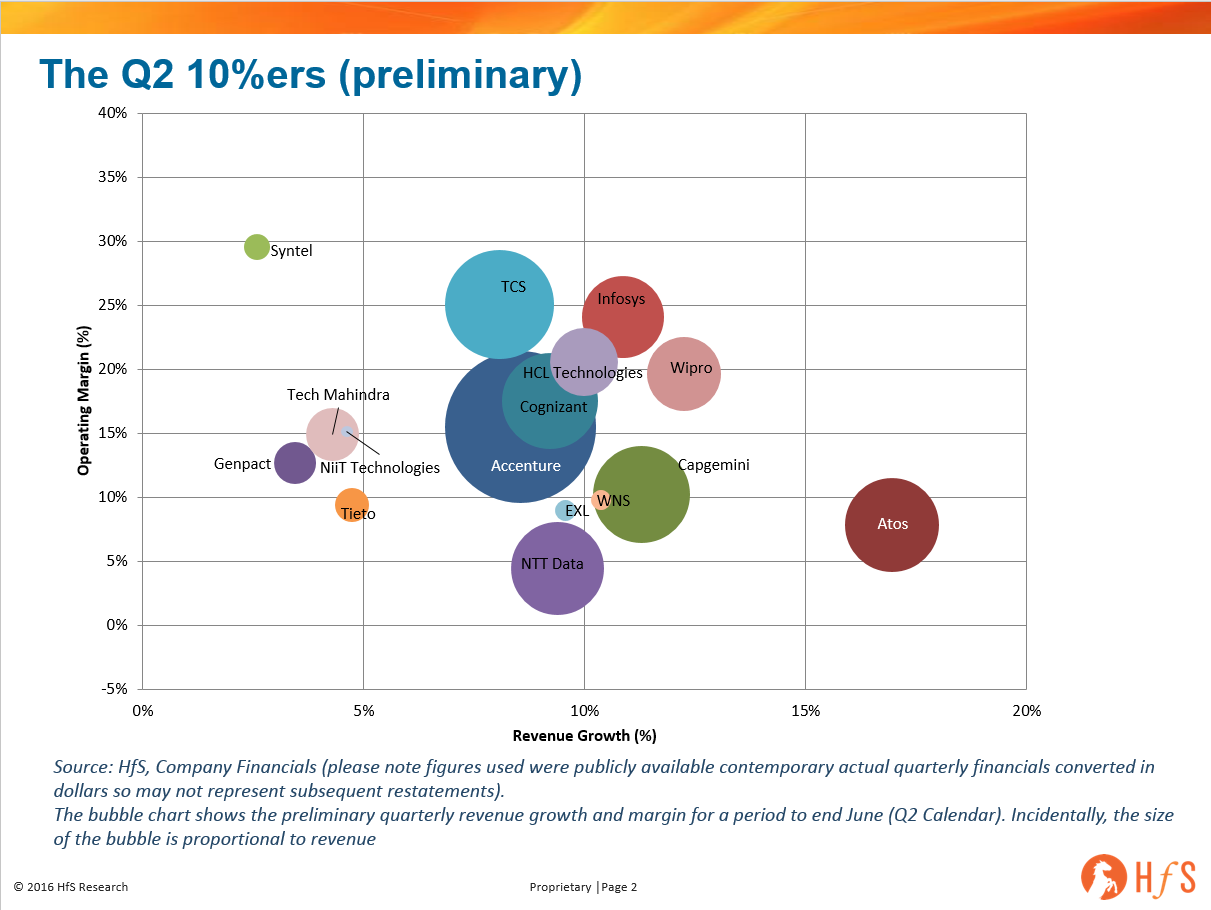 Zooming in on the 10% growth mark shows the phenomenon more clearly. The shift left of the offshore and a shift right of some on-shore players – we are seeing a convergence of some players around the 10% mark this quarter. This adds to the arguments made in the offshore blog last week, that the shift left isn’t merely an indication of a slowdown in the market overall, with an acceleration in Q2 2016. Given the good performance of many of the on-shore traditional providers.

We will be publishing our full review of the results in the first part of September and we will add a blog about the final positionings in more detail.