During Part I, we talked about social media and marketing, a little bit about outsourcing, and touched upon the late-night cannoli scene in Baltimore.

Rebels without much pause…

In Part III,  we will discuss the merits of ricotta versus custard cream filling, but for now, let’s dive into where the outsourcing business is heading…

Phil Fersht:   I’ve observed, at several recent forums, that most software folks still don’t really understand the services market. They seem to think services people do the grunt work and it’s still all about the app. Do you agree that software people still don’t have their head around ITO, BPO and how it all fits together?

Ray Wang: I think software people see that the value-add in the solution is what customers are looking for. And that last mile, which is still in services, is even harder to deliver as customers’ requirements continue get tougher. Flipping that around, do you think the service providers see that their solutions are increasingly differentiated by software or their own IP?

Phil Fersht:  Let’s look at a growting BPO area like F&A (finance and accounting), where clients want service providers to handle their AP, procure to pay, payroll and other related processes. The providers can partner with a company like NetSuite or Workday and deliver to their clients the hosted application and the processing around it. But if you have 10 service providers offering NetSuite F&A, what’s differentiating them? Their ability to process invoices? No. For the service providers to gain competitive advantage, they need to develop their own IP and their own applications to add value for their clients. And when we’re talking about the coming together of SaaS/Cloud and BPO, it really becomes more of a business transformation issue than a technology transformation one.

Ray Wang:  Yes. With the Cloud, all the pieces of what I call commoditized infrastructure go away. Think about it. Do I really care what hardware, databases or applications are out there? No. All I really care about is that you’re giving me a service level guarantee. But then I want more. Can the service provider give me value add on top of that? Can someone give me those services with strategic economies of scale and innovation? The providers that help with commoditized processes and incrementally add more value are going to make a big difference.

Phil Fersht:  One of the most fascinating aspects of the way the industry is developing, is the rapid rise of the Indian pure play providers. They’ve really been a game-changer in how these solutions get adopted. Their attitude is increasingly, “Let’s try and sell a solution first, be flexible and as easy-as-possible to work with, and then figure out how to deliver it.” In many cases that has actually worked for them. We’ve seen that  have a huge impact in the ITO business, where you’ve seen the rise of companies like Cognizant, TCS and Infosys as they’ve adopted this bold attitude of marching into clients and increasing their footprint by being very easy to work with, and very eager to take on business. Quite frankly, if I were an IT VP these days and I had one of the Indian providers coming to me, begging for my business and offering to do whatever it took to win that piece of the pie… it’s becoming vogue for IT professionals to start dealing with these folks. That’s been a major change from everything we’ve previously seen, and it’s reaching a fever pitch with the Indian providers, and poses a lotof critical questioms regarding where things are heading next in the outsourcing business. They’ve really proven themselves in the IT services space, and are now trying to do something similar in the BPO space.

Ray Wang:  What we’re seeing among the Indian providers – no matter what their entry point was, whether testing or break fix or maintenance – is that there’s a certain level of confidence that wasn’t there 10 years ago. They’ve been doing a fairly decent job across the board, and each one of them has a stronghold with achieving “quote unquote” trusted advisor status. As they’ve been trying to achieve that status, they’ve started looking at IP for differentiation.

A related question for you Phil: are the service providers becoming less reliant on the large software vendors, or do they still see them as an important part of their income stream, especially dealing with SaaS?

Phil Fersht:  I do think the way service providers engage with technology, is proving to be one of the major differentiators, and the service providers who are developing their own IP and actually acquiring SaaS solutions are gaining quite a significant advantage 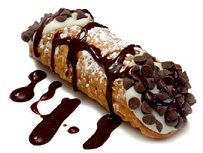 within industries. So let’s take an example of Navitaire, an airlines reservations solution Accenture acquired, and now leverages to deliver full scope F&A services, hosted and fully BPOed, to all the major low cost airlines. It’s very hard to compete with them on that business because only one other competitor we know has developed a similar reservations system. It’s the same in the insurance industry, where providers like Infosys and Genpact have acquired specific insurance platforms and are delivering them as their own hosted applications to their clients. On the flip side, you have five or more different service providers offering an off-the-shelf application like SmartStream, which does trade settlements in banking. And all are trying to differentiate themselves on how distinctive they are. But, “We do it better than they do because understand GAAP better,” just isn’t a selling point. It’s much harder to differentiate on operational capability than it is on having something no one else has. That’s why technology IP is becoming so important for the service providers. And I think we’re going to see more exclusive partnerships pop up. The software vendors are going to want to have exclusive arrangements with services companies so they can provide them with the support and the capabilities to deliver and manage it properly. And having exclusive partnerships with cutting edge software is going to be a major differentiator for the providers, especially as industry specific solutions become more important in this market.

Taking it beyond exclusive agreements into acquisitions…do you think at some point we could see some one of the big ERPs purchasing one of the leading service providers?

Ray Wang: It depends. It seems most companies are headed in the direction of having both technology and services businesses. If you look at the transition for software vendors and getting tighter services partnerships, they can easily build their professional services units. Instead of doing an acquisition, it may be cheaper just to recruit everyone into their unit. I mean kind of like the old IBM model – you can’t beat them, they’re just going to be the largest provider in India. What do you think?

Phil Fersht: Well, you could argue that Oracle buying Sun was the first start at looking at this space a bit more – even though I think Larry’s motives for buying that company were very different from making a services play. It’s already invested in BPO by buying an Indian company called i-flex Solutions, (which they renamed Oracle Financial Services Software Limited.) It wouldn’t surprise me if things got so competitive at some point that one of the software companies decided it needed to have a greater services channel. Because, for example, when you look at SAP’s revenues, isn’t its consulting business one of its fastest growing units right now, and it has to sort of disguise some of that revenue?

Ray Wang:Well, some vendors are actually claiming license revenue for custom maintenance work, so that makes things very interesting. For example, Amdocs has been 80 percent services revenue for a long time. But is it a software company or a services company? I argue it’s a DSI shop focused on telco that happens to own software.

Phil Fersht:I agree, and looking at it very simplistically – if a company is increasingly moving to hosted SaaS-based applications and the amount of IT reconfiguration is consistently decreasing, we’re not really talking about these massively drawn out, painful systems reengineering projects. Instead, the company is going to have to change all its processes and completely transform its business to run on this type of solution. Since we’re really moving from technology transformation to business transformation, I believe that means the winners in this space are going to be the ones that can take their clients through transformative business change, not technology change.

Ray Wang (pictured top right) is Enterprise Strategist, Disruptive Technologies Expert and a Managing Partner at analyst advisory firm, Altimer Group.  You can rach Ray at R at Altimetergroup dot com.  You can also follow his tweets at @rwang0.  His personal blog, “A Software Insider’s Point of View” is one of the most visitied in the software business.