A big cat for a big job: meet Tiger (Part I) 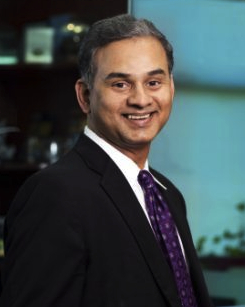 NV "Tiger" Tyagarajan is the new President and CEO, Genpact (click for bio)

One company has done more than most (some argue any) to change the very face of Business Process Outsourcing over the last few years.

Its origins can be found in a world-class finance and accounting captive that commercialized its operations with an army of enthusiastic process geeks, schooled in the arts of LEAN and Six Sigma… and  at competitive prices. “Isn’t that the GE company” asked one CFO of me, when I ran him through a potential list of F&A BPO providers candidates, “Get them in, I want to hear what they have to say”.

Indeed, the rise to prominence of Genpact has been nothing short of remarkable, as the firm has reemerged in 2011 hungrier and more acquisitive than ever. Having survived a tough recession for the BPO industry, successfully fending off larger competitors baying for its blood, Genpact has recently taken a new direction: appointing NV “Tiger” Tyagarajan to take the helm from the irrepressible Pramod Bhasin, who preached process so poetically with us last year.

Anyone close to the business has always talked about the “Pramod-Tiger” double-act for several years, with Tiger initially being the US face of the firm, and Pramod coordinating activities from India.  More recently, Tiger returned to his native India, not only to reconnect with his first love, cricket, but also to take on the role of COO and ready himself to succeed Pramod, who had inexhaustibly led this firm, since its 1997 inception, to surpass $1 billion in revenue.

Tiger is now settling back into New York – a short train ride from his son’s university in Georgetown, Washington D.C., where he is now in the process of adding his personal leadership style to the Genpact machine.  So the $2 billion questions today are:  what will Tiger do differently?  How will Genpact fare with its leadership team Stateside? How will Genpact continue to evolve its business to move beyond its mainstay finance and accounting service line?

Well, you needn’t wait any longer, as Tiger recently spent some time bringing us up to speed:

Phil Fersht (HfS Research):  Good morning Tiger. Before we delve into the current business issues, let’s talk a little bit about your earlier career and about you as an individual.

So I did my masters at the Indian Institute of Management in India, and specialized in marketing and finance. And I loved those two years. I thought I had found my sweet spot, being able to use logic and numbers and finance while at the same time, driving change through groups of people to get to a decision or a certain point.

My first job was selling, believe it or not, cosmetics for the Indian subsidiary of U.S.-based Chesebrough-Ponds. By my seventh year with the company – which by then had been acquired by Unilever – I had sales management responsibility for the country’s largest region, which accounted for 40 percent of the company’s sales.

That was great management training, and gave me the chance to learn the ropes in managing sales teams, and in understanding consumer and business behavior. But I was getting a little tired of a single product market environment, so I decided to switch to financial services and joined Citibank’s then new retail mortgage lending business. I held six different jobs in three years at Citi. And without going into all the ugly details, I was quickly termed the “cleanup guy”, the person designated to clean up a problem, and one of the ways I did that was by attracting and building up a team of A players. But my fundamental view was that if you really want to succeed, you’ve got to surround yourself with the A players, and I’ve carried that view forward in my career.

By that time, 1994, GE Capital announced it was going to set up a financial services company in India. I read Jack Welch’s two books and fell in love with GE. I knew it was a place where I could spend my entire career, going from credit cards to aircraft engines to healthcare to NBC, without ever leaving the company. I could also at some point in time actually see myself leveraging my engineering background and feeling good about it. So I joined GE Capital – and was probably the third or fourth employee in India – as risk head of its consumer lending business.

I moved to the U.S. in 2002 as the Global Head of Operations and Six Sigma for GE’s commercial lending businesses. Then I joined Gecis, which is now Genpact, and here I am.

Phil:  Tiger, we all know what an amazing job Pramod did to get Genpact to where it is today. Can we expect anything radically different under your leadership?

Tiger:  With the dynamics and pace of change in our industry, all providers have to be nimble and able to change rapidly, and Genpact did that under Pramod. There will continue to be dramatic changes, but that’s par for the course for us.

A few specific changes I am focused on are:

Phil:   And is your leadership style very different, or very similar, to Pramod’s?

Tiger:   As we both grew up in GE, there are aspects of our leadership styles that are very similar…bias for speed and action, the passion we openly wear on our sleeves, a deep disdain for bureaucracy, etc. But there are also differences in our styles. I get my energy, ideas and passion from conversations with clients, people in the industry, my team and our broad employee base, so I spend a lot of my time on the road in the markets with them. That is core to my style, probably because of all the time I spent in sales – 22 years! I also believe that this is the best way to drive innovation. And with my years spent as a risk leader, I’m a huge believer in the 80-20 rule…in this case, pick a few things you say “yes” to, and say “no” to a whole lot of things, and then drive the “yeses” hard, and with consistency and investments.

Click here to read the full three part interview trilogy, where we talk more about Tiger’s plans for Genpact and his vision for the future of technology and BPO…

NV “Tiger” Tyagarajan (pictured) is Chief Executive Officer for Genpact.  You can view his full bio by clicking here