Healthcare reform survives until November. Then what? 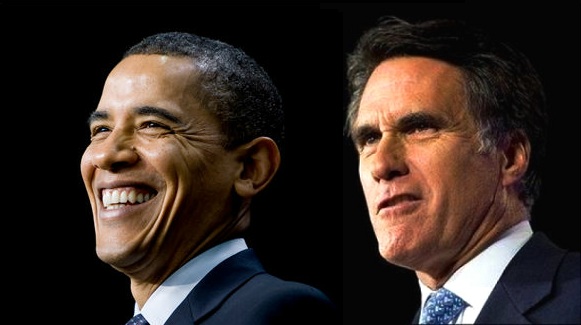 So we’re now one election away from the biggest outsourcing opportunity ever… the healthcare insurance industry trying to figure out how to move from a B2B to a B2C model.  Quite simply, the insurance companies ain’t gonna figure out how to send a nuclear warhead into their service and IT operations… they’ll turn to the outsourcers to do it for them.  Tony Filippone, who actually managed much of Wellpoint’s operations for nine years (a $62 billion healthcare insurer)  might know a thing or two about the implications healthcare reform will likely have…

In terms of politics, it’s not over. Today’s Supreme Court healthcare reform decision simply clarified two issues. First, that the individual mandate is a constitutional tax, not an unconstitutional act by Congress to regulate commerce. Second, if states choose not to expand Medicaid benefits, they can elect to not follow the law without losing all of their Federal funding. More legal detail can be found here.

Any hope by Republicans to overturn the law in the courts is now officially dead. This is largely due to former president George W. Bush’s nominee for Chief Justice, John Roberts (oh the irony). Chief Justice Roberts sided with the liberal side of the court on the interpretation of the individual mandate as a tax. Some legal scholars’ interpretation of the minority’s written dissent suggest that Roberts changed his position in the last few weeks, but we will never know, due to the Supreme Court’s tradition of privacy.

All Republican political hopes are now pinned on winning both a majority in the Senate and the presidential election. With 22 Democratic seats in the 33 contested in this election, political analysts suggest a Republican majority in the Senate isn’t far fetched. A majority is necessary to repeal the law using the same reconciliation tactics Democrats used to pass the law to avoid a filibuster. However, political analysts aren’t as sure who will win the presidential election.

One thing they are sure of: Mitt Romney’s election platform will feature accusations that President Obama’s major increase in taxes will kill jobs and that President Obama lied when he said healthcare reform was not a new tax. Frankly, the country would benefit from both parties collaborating on important changes that could benefit everyone, such as tort reform and creating more competition and consumer flexibility by allowing insurance to be sold across state lines.

While the healthcare insurance industry will likely contribute to the Republican presidential and senate election funds over the next four months, the health insurers have no choice but to address serious operational inefficiencies and develop strong market strategies for individual products.  According to the AMA, one in 10 claims are still incorrectly paid.

If Obama wins the presidential election, healthcare reform will cause many companies to drop group coverage and individuals will be required to buy insurance through Federal or state exchanges. Overnight, the huge business-to-business group health insurance market will turn into a consumer market free-for-all. Insurers will need to compete on price, service quality, hospital and physician network quality, and their ability to improve the health of their customers. All in a market where services are regulated, profits capped, and products are sold on transparent public exchanges.  Much of the healthcare insurance industry will finally have a burning platform to radically overhaul decades of inefficiencies, or risk declining profits,  Clearly, healthcare reform does little to address the quality, cost, or accessibility of care. It particularly focuses on insurance while ignoring tort reform, poor medical practices, and providing sufficient quantity of practitioners to meet the growing demand. Any way you cut it, cost reform needs to follow and the outsourcing industry has a huge role to play in helping force this change.

The second major problem is outdated processes and service. With today’s technology, there is no excuse for inefficient offline batch processing of eligibility, claims adjudication, and pricing that takes weeks or months to resolve and is so prone to error it created a mini-market for retrospective claims overpayment and underpayment audit services. Customers must be able to swipe their card at point of purchase, know immediately what they are eligible to receive, and review prices. When they leave, they should settle their bill. However, few insurers process their medical claims and billing in real-time. If insurers really want to differentiate on service, they’ll need to dramatically improve their operational capability, not just their customer web portals.

The third major problem facing insurers is the viability of their claims to improve the health of their customers. Can they really do it? On a one-on-one basis and on the scale required in tomorrow’s larger individual market? Most insurers leverage third party wellness services that cater to commercial group accounts where messaging arrives in employee’s inboxes via human resources. Almost no third party care management companies have the scale to manage the health of millions of members in a meaningful way. Disease management companies face the same hurdle.

The Bottom Line: Open Enrollment Begins in 2013 and many Insurers will have no choice but to turn to the outsourcers

Moving from a B2B to a B2C model with insurance is a huge step and requires a very different delivery model.  It’s like asking employees to select their own payroll provider individually to process their paychecks.  The scale required in increasing their customer support is going to put unprecedented strain on their cost models.  This may create an entirely new outsourcing model where the insurers simply outsource many of their services to other outsourcers who have much more discipline and experience in scalable service delivery.  Enter the likes of Accenture, Cognizant, Dell, Genpact, IBM, Infosys, Wipro and Xerox. 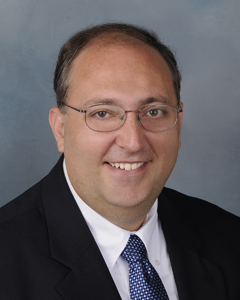 Tony Filippone is Executive VP for Research (click for bio)

Up to this point, insurers have competed by reducing costs, largely by consolidating operations and systems and, where permitted by state insurance regulators, leveraging offshore labor arbitrage. While organizations may be able to survive healthcare reform by continuing these approaches, but they wont thrive. Significant investment is necessary to simply prepare for open enrollment that is months away, but an enormous amount of capital is necessary to decisively win market share over the three year rollout of the reforms which continues through 2017. To win a piece of this influx, services providers must flexibly support tactical backfill requests to overcome near-term shortcomings. Yet, strategic partnerships are necessary to bridge the bigger gaps, which means many of the service providers have to change their arbitrage-based approaches to focus on transformation and invest in capabilities their customers need.