Forget Uberization, we must avoid Subwayfication 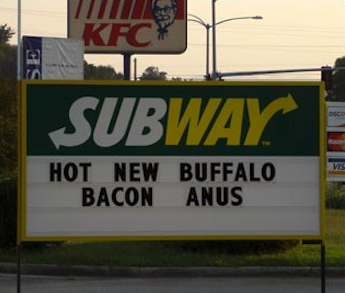 The As-a-Service Economy is all about achieving the outcomes we most want with a great service experience.  So let’s look at how to avoid that not happening and becoming legacy businesses that failed to stay ahead of the demand curve.

The perfect anti-example is Subway. Back in 2001, the release of Fast Food nation shocked much of the Western world into realizing we were slowly killing ourselves on pink-slime infused fast food. It was great for Subway as it sold sandwiches that – for all intents and purposed at the time – we thought were a far healthier option than Burger King.  And it seemed to taste OK too…

Fast forward to today – people are increasingly  aware that chemically-preserved fake colored bread, cheap antibiotic-induced meats and pesticide-flavored vegetables aren’t much worse for you than a greasy concoction of pink slime, protein and french fries.

Coupled with this is the service experience – I accidentally ventured into a Subway the other day (one of those once-in-every-five yearly visits, where you are just so damn hungry and want to avoid the golden arches).  The only desired outcome is to subdue hunger – in the vain hope it may be a somewhat enjoyable experience in the process.  To cut the the chase, the restaurant was filthy – every single table was covered in food remnants, the toilet stank, the staff were curious life forms from some distant planet… and the sandwich was just lame.  Net-net, I had just about achieved the outcome I was looking for, but the service experience was horrible. I will not venture back for at least another five years. Hopefully never.

On the flip side, if my desired outcome was to have a tasty fast-food burger – and to hell with the consequences – I would just have had one.  I know exactly what to expect and the experience and outcome is clear – unhealthy tasty food that is enjoyable and fills the hunger hole. So contrast the two outcomes – a nasty sandwich versus and tasty enjoyable burger, that is probably only 10% more unhealthy (source HfS, 2015).

The Bottom-line:  Once you lose touch with your customers’ desired outcomes, do something fast to find them again, or resign yourself to a slow extinction 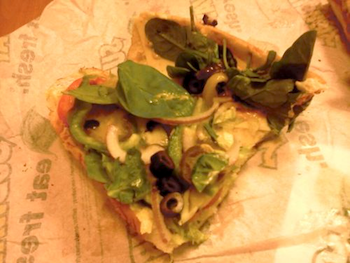 I don’t want to spend hours reviewing Subway’s income and profitability, as I am sure they have their quarterly accounting revenue model down-pat – they sell cheap(ish) food to people who probably don’t care that much about food, and don’t have much understanding of what bad food chemicals can do to your insides.

But I am sure that even many of their loyal customers are slowly wisening up to the experience, and the brand will eventually need to do something radically different to continue its existence – their stuff just doesn’t taste as good at their nemesis alternatives and it’s not even good for you.

The answer is quite simple – how can they produce a healthier, better tasting product with a less crappy service experience.  Oh wait – Starbucks has already figured that out and you can even get a better meal in a Dunkin Donuts or Tim Hortons these days (and that’s saying something). Sorry Subway – you’re legacy and probably confined to the once-great corporate successes that failed to evolve its services experience to meet changing customer desired outcomes.