Too late to compete with the Sourcing Raj? (Part I) 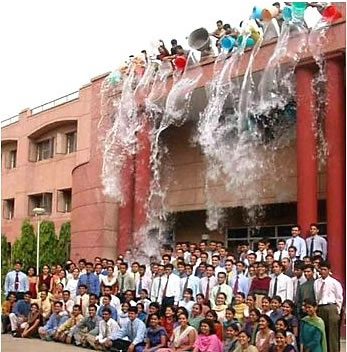 Taking on the Indian outsourcers: too late to make a splash?

HfS Research Fellow and Sourcing Change protagonist Deborah Kops investigates whether India has bowled an unplayable delivery to the rest of the world’s ambitious outsourcing businesses, or if there’s still a chance to nick it over the slips and get on the scoreboard…

Let’s give Indian-legacy providers their due—they arguably initiated, then accelerated acceptance of  the concept of working offshore; they’re well-entrenched in some of the best global clients; they’ve set the bar for industrialized delivery—from hiring to training; from process mapping to technology, from delivery to measurement. As a result, sending critical processes over five time zones away is considered safe and smart today. Other countries want to emulate their positioning, ensuring that the names Brazil or Chile, Malaysia or China, South Africa or Kenya, Ukraine or Poland are mentioned in the same breath when global delivery models are under discussion.

Will the market expand rapidly enough to make non-Indian providers a must-add to business models—beyond a language or regional proximity play? Will clients seriously consider providers based in other geos to deliver critical scale for finance and accounting, knowledge or vertical business functions in the near term?

Despite rising costs and increasing attrition rates, it seems, for the foreseeable future, Indian legacy providers will continue to have a leg up on providers headquartered in other countries, with good reason.

Why is challenging for non-Indian offshore providers to penetrate the global outsourcing market?

Reputation. Bad American sitcoms and call center jokes aside, just as Germany has built a reputation for precision engineering, or Italy for fashion, or the French for fine food, today India’s greatest reputational export is globalizing work. It makes no difference that the Koreans can now go toe-to-toe on the manufacture of quality cars, or some of the best new fashion designers are coming out of Turkey, or London has more Michelin-starred restaurants than Paris—Germany, Italy and France are synonymous with great cars, high style and fabulous eating. Similarly, Brand India is outsourcing.

When buyers think of India, they think of the jobs export destination. Whether that reputation is due to timing, compelling wage rates, undisputable demographics, marketing or luck is unimportant; truth is no other destination  conjures up the same meaning in the minds of sourcing decision makers. Buyers are aware of the plusses and minuses of sourcing to India and understand the map– Bangalore has strong analytics talent, Chennai the right location for technology and Pune a Mecca for finance and accounting. By contrast, what sort of talent can be found in Uberlandia, Timisoara or Accra?

For the foreseeable future, unless there are explicit language, market, or portfolio risk issues, India’s providers will dominate every long list. What’s helping India reign supreme? Why can’t providers in South Africa, Colombia, Ukraine, Brazil or even China come close to India?

Scale. We acknowledge that without scale, any business is seen as a hobby. Although there is sometimes room in our sourcing portfolio for small, emerging best-in-breed providers, we tend to gravitate to markets and providers with scale to serve our needs, even if we don’t plan to expand. Scale says that other clients are placing the same bet; that we’re dealing with a financially and operationally sound operation; and that the provider will be able to make the right investments to improve our business. Plain and simple, at this point in time, other outsourcing destinations do not have sufficient scale to challenge India.

Second, few corporations have any desire to be the only game in town. Going it alone is rarely an option when it comes to designing a global delivery model; the herd instinct is the strongest justification for offshore location decisions. Being the foundation client for a provider’s new center is fraught with risk—will the provider be able to attract the right talent? Will the provider scale quickly enough to keep costs in check? Few organizations have the desire to be the biggest fish in the provider’s pond, even though providers think playing the “special relationship” card is a great enticement. In a maturing market, clients no longer have to take this risk.

Lack of network. Have you looked at the roster of so-called global sourcing leadership in blue chip companies lately? Along with Smith and Johnson, you’ll find an increasing number of names that reflect the map of India—Gupta, Jain, Singh. These sourcing-savvy executives, often groomed by stints in leading Indian providers, or selected because they understand how to do business offshore (read: India), have, in aggregate, extraordinary power to devise corporations’ global delivery maps—and source more work in India.

Although India is certainly a vast country, as a percentage of the population, experienced sourcing professionals are relatively few. So the game of seven degrees of separation works wonders when an Indian outsourcing salesperson knocks on the door of a major bank, telecom or outsourcing advisor. This is not to accuse Indian sourcing executives of any overt bias toward India as a sourcing destination, or India-legacy providers; rather, they go with what and whom they know.

Providers from other locations just don’t have the same network of countrymen in place. Chances are, walking into a meeting and greeting the exec in Sichuan dialect, or chatting about the best place to eat in Lvov, is highly unlikely. So if shared knowledge or experience is not in place as a platform to build the trust necessary to establish a good relationship, it means the non-Indian provider has to work that much harder to gain credibility.

Lack of strategy. When Indian providers first came onshore, market conditions were nascent. Timing and luck were often enough to attain scale. It was possible to play the IT card one day, and boast mastery of business process delivery the very next. If one client wanted insurance process delivery, and another logistics support, the provider could—dare I say it—fake it, leaning on a relationship to get enough time to figure it out.

But in today’s mature market, it’s impossible to grow without a plan. With an established sourcing destination map, and a recognizable roster of Indian-legacy providers, successful market entry by non-Indian offshore providers means playing it more strategically.

It’s no longer enough for a provider to show up at a trade show, throwing up a value proposition and seeing what sticks—ITO, analytics, horizontal or vertical BPO. Second, the all-things-to-all-people approach that worked 10 years ago is now passé. Buyers have moved on, demanding proven track records and deep skill sets before they entertain a relationship. So the non-Indian player, with limited relationships and brand recognition, is forced to declare his hand relative to process and domain.

Lack of investment in marketing. Granted, with a few exceptions, Indian providers are not masters of marketing. Most of them are still struggling with differentiating their brands in a market where one provider’s declared value proposition looks like another’s. But the news is they have some semblance of brand resulting from time in market and success in client penetration, not to mention a boost from the India-as-the-premier-sourcing-location reputation.

The “me-too” marketing approach taken by non-Indian providers is simply not workable. Believing that brand doesn’t matter and that the market is big enough for everyone is a non-starter.  They either spend a pittance in marketing, or when they do open their wallets, they get limited bang for their buck, buying ads or showing up at conferences which few clients attend– because the decisions are being made from marcomms managers in Buenos Aires, Kiev, Dalian or Kuala Lumpur. Little attention is paid to deepening relationships with influencers or developing thought leadership as a differentiator. Marketing is treated as a sideline, when it’s the key driver of revenue for new outsourcing market entrants.

Language. English really rules in the outsourcing world. The vast majority of multi-nationals use English as their lingua franca, even if they are based in Germany, Spain or Russia. Industry research and commentary is written primarily in English. Most conferences are held at least in part in English. Computer literacy is heavily dependent on knowledge of English. Buyers want a range of language capability to service particular markets, but who grows a global outsourcing business speaking mainly Finnish, Chinese, Tagalog or French? 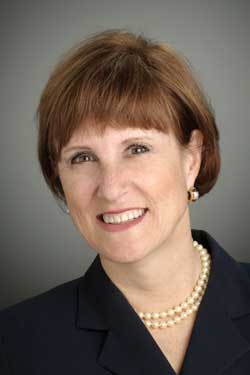 The concept that providers without strong English language skills can simply decouple tasks as “non-language dependent” in order to move delivery anywhere is a belief of mythical proportion. And assuming that client-facing staff with less-than-adequate fluency can successfully grow a business is a similar fallacy. The charm of a thick accent pales when a buyer is negotiating a contract or the transition team is mapping processes.

Language skills imply a degree of cultural understanding. When a student is immersed in English language study, he learns more than grammar. The syntax tells him something about the way native speakers look at the world. Exercises help the student understand why the English are fanatics about gardening, or why Americans love their baseball. Don’t underestimate how language drives context in outsourcing—it makes all the difference to relationship success.

Let’s face it–India has the English advantage in spades. Granted, not all staff speaks like Bostonians or Brummies, but the understanding necessary to communicate is present. Outsourcing is about crossing an organizational divide to forge relationships; if the language issue rears its head as an obstacle, it’s difficult to justify working with the provider, all other things being equal.

So, with the reputation, scale, client networks and language boxes checked by India, how do non-Indian headquartered providers compete? Stay tuned for Part Two.