So Market Boy! How will Brexit really impact the services market?

This is a question you expect to get as a forecaster, and it is not always the easiest to answer. It is always troubling to be asked to speculate on a market size where the outcome is so uncertain. However, this is not speculation upon speculation. This is not like forecasting the impact of Grexit (Greek exit from the EU) – even though this has not happened. 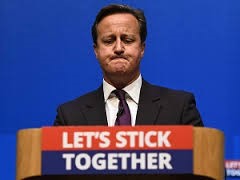 Brexit has happened, and we should have a position, even though the ramifications are far from clear, and it is still in its infancy. The current uncertainty is broadly focused on exactly what the terms of the EU departure are and the on-going relationship the UK will have with the EU. As forecasters, we have a choice to make as to which scenario we choose as the likely option or the middle ground. Our thought process is likely to develop over the next year, and this is going to change the forecast.

So, our workload is likely to increase as we will have to consider the Brexit model and adjust over the next few quarters (at least). Even the most confident of forecaster should reflect on what they have done and make adjustments as things unravel. The old maxim that the analysis is only as good as the best available data rings true here.

In short, how do we see the impact of recent events? We think it is safe to assume that the level of uncertainty currently is going to have an impact on the IT and business services markets, regardless of any eventual outcomes. We have already heard services firms mention Brexit in negative terms during financial calls. Although, Infosys CEO Vishal Sikka said it might lead to uncertainty in the near term, he said it would also lead to opportunities in the medium-to-long term. TCS’ position was similar, with its Chief saying his executives will be talking to their clients and watching what happens.

Typically, recessionary periods / periods of economic uncertainty impact the IT and business services market in two waves. Firstly, a slowdown in discretionary spend and some decision making is suspended/slowed. We are loathed to forecast a big delta at this stage as services buyers have weathered many economic issues in the last six years and this may just be seen as one more thing. If this were an isolated uncertainty, it might have had a larger impact, but in a stream of issues, the impact may not be as severe. It does not, as some observers believe, mean an automatic uptake in external services to augment the increased scarcity of internal resources or as a cost cutting measure. Any uptick is countered with the uncertainty. The secondary effect mean organizations are likely to make investments to make themselves agiler and less susceptible to economic issues in the future – this is where we see an increase in outsourcing, more adaptive operating models and, inevitably cost cutting.

Bottom-line: The short term impact is likely to be wracked in uncertainty. However, medium-long term opportunities could well arise. To conclude, our current position is that there will be a short-term impact on market growth in the UK, which will ripple across Europe, but this slowdown will be caused by some increased market uncertainty and – for the most part – the services market will continue to chug along unabated. We will see some opportunity as the buy side adjusts, but, given the process is going to take some time, it is too early to predict the timing or scale.