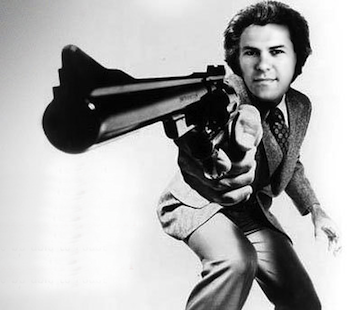 "Go ahead… just one more slide". HfS' Esteban Herrera saves you a fortune with some free advice

My word, if I get one more spam from someone claiming to help outsourcing providers “get outsourcing leads” through delivering dodgy webcasts (which are probably only attended by other equally desperate outsourcing providers, with similarly deficient sales capabilities), or get invited to take part in a workshop to improve the “velocity of my sales pipeline”, where a paltry $10,000 investment can help my firm meet its $1,000,000,000 target, I think I may throw my Mac out the window and join the Occupy Wall Street demonstration rumbling on down the road.

So let’s save you nice outsourcing providers the time, trouble and expense of getting advice on how not to sell yourself, and give you all the advice you need, right here, right now – and for absolutely nothing.  Plus, you can re-invest that time you just saved by filling a bag with foam pies and hurling them at unsuspecting investment bankers.

Esteban Herrera, along with most of the team at HfS, has gone way further than “Death by PowerPoint” on so many occasions that we can now prescribe your very own Exhumation after PowerPoint… over you, Mr H:-

An open letter to Outsourcing Providers: It’s time for your exhumation after PowerPoint

We love you. Without you there would be no outsourcing industry and we would not have jobs. More than anything, we want to see you succeed. Why, oh why, must you insist in compromising your own success by practicing death by PowerPoint on your prospects?

I’ve come to believe that business, and our business in particular, really wants audiences to tune out. Through thousands of “orals” and analyst “briefings” I’ve concluded we actually want to put each other to sleep. We don’t care if the audience retains anything we’ve said, and thus bombard them with a slide per minute. Of course, almost none of us talk that fast, and almost all of us leave the good stuff until the end so we rush to it when nobody is paying attention and everyone is bleary-eyed and exhausted.

In my view, providers are the worst offenders, especially when attempting to woo new clients in competitive situations. The presentations and styles often do exactly the opposite of what is intended: they frustrate and alienate potential clients. In the last fifteen years, I’ve seen lots of sales pitches, some very good, most not so. In an effort to help our industry and keep my sanity during my next round of orals with a buyer client, I’ve put together a few tips, which I am sure most of you will ignore.

I have lots more tips, but eight is a good number to start with. I did not want to be critical without offering some suggestions! I genuinely hope you find these helpful. I’m no presentation coach, but I’m happy to recommend a great one (thanks, Ron D.).  Remember, we love you, and we want you to win. And if you don’t curb these bad presentation habits you are going to start losing.

Esteban (and the HfS team)