So if the rockstars have gone, what’s left in the analyst industry? 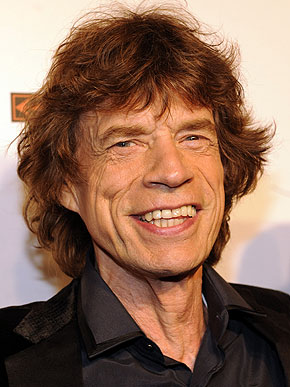 As we revealed last week, most of the big analyst personalities have seemingly fled the analyst industry…  many for the riches on offer from their vendor clients, clearly seeing more ROI from employing them, as opposed to purchasing their firm’s services. However, this hasn’t prevented the remaining legacy purveyors of analyst services from making a living.

So what’s left in these firms after the rock stars have left the building?  Let’s examine the cast of characters that many of us frequently have the good fortune to meet in briefings, conferences, airport lounges, hotel bars, psych wards etc.

Not all the rock stars fled… some stayed well past their sell-by-dates, clearly not mentally prepared for a foray into the real world.  They still drift around analyst firms, making occasional appearances in executive briefing sessions (or sometimes just walking out of them halfway through).  Their research productivity is usually about one thought-piece a year, which is usually miles from reality, but everyone tells them their piece was amazingly thought-provoking, having read the first paragraph.

They still show up at the odd vendor analyst conference, where they tend to knock back too much scotch on the  first night and spend the next morning sleeping it off in their hotel room before making a token appearance at the one-on-one briefing in the afternoon.

A “High Performer” these days is pretty much an analyst who does what he/she is paid to do and actually has some reasonable research to share with the world.  They spend a good deal of time conversing with both buyers and vendors and actually cobbling together some genuine research for all to read.  Sadly, their wares are normally wedged miles behind some firewall somewhere where noone can find it, even when they’ve paid for it.  What’s more, the months it takes to get their research past their internal red tape and editorial teams drives them crazy, and their firms are unlikely going to let them blog (and they get no credits towards their bonus for blogging, in any case, so why do it?).  Motivation quickly slips away and their CVs normally slip onto the market after a couple of years.

Analysts who got their egos stroked and loved it so much, they realized they needed them stroked… every minute of every day. Writing one good piece a quarter wasn’t enough to slake their thirst for praise, so they attempt to hop on every hot area they can and put our some fluffy piece of prose to get attention.  Their focus on quality quickly wanes, as having their name in lights, in as many places as possible, trumps all else.  After trampling on all their colleagues’ areas and sucking up all their manager’s time in the process, they eventually get booted out and apply for any analyst job they can, as they do not have the real confidence to go it alone.  Usually, some analyst firm will pick them up and go through the whole egomaniacal process with them… all over again.

Analysts who feel doing actual research is either beneath them, they simply feel no compulsion to do any, or they may not actually know what “doing research” is.  Instead, they get their hands on a few reports from others and cobble together their own version of the trends.  Good spin doctor analysts can do this very effectively, and very convincingly, leaving the world to believe they grafted long and hard to create this vision, when all they did was spin the ideas and views of others.  They frequently offer to “collaborate” with other analysts on reports to create the impression they do some actual research, but in reality just want to slap their name on the report for showing up at a couple of meetings.

Sadly, the average spin doctor doesn’t get away with it for too long (there have been several embarrassing examples of analysts plagiarizing over the years), but many of the good ones build a nice career doing it.  Usually they get promoted into practice lead areas, so others can actually do the real work, while the spin doctor can spin their stuff all day long…

The “Annoying and complex Questions” Analyst:

Yes, every conference is never complete without the analyst who just has to chime in with some annoying questions.  Frequently, some will start asking a question, but forget the original intent of why they are asking the question, proceeding to drone on for a couple of minutes spouting their views on something that sounds complex and undecipherable to the rest of the audience.  Others will launch into some direct questions to probe at the weaknesses of the presenter’s content, which they really should do in private, instead of trying to embarrass the presenter.

These analysts tend to attend every single conference and vendor event imaginable, with the hope that, one day, they will become enlightened and not have to ask a really annoyong question in front of the whole room.

Sadly, this analyst comprises the good proportion of most analyst houses.  Simply put, the plodder isn’t very good, doesn’t rock the boat and drifts along checking the boxes and meeting their firm’s metrics (sound familiar?). He or she smiles politely when spoken to, produce average-to-mediocre research and isn’t going anywhere anytime soon – they simply aren’t very good.  They get left largely alone to plod along and keep the machine cranking along.

The “Why on earth are they still Employed” Analyst:

Yes, there’s always a few lurking around.  Analysts who are so bad everyone keeps out of their way.  They tend to cover boring areas noone cares about and get wheeled out for the occasional client meeting when their area need a “face” tied to it.  Their goal in life is to be as invisible as possible and eke out a cosy living until the eventual day they get that call from HR…

Analysts who come from the buy-side and proceed to spend every day talking about “what is was like when they were a CIO” etc. They do not see the need to do any actual research, but will put out a few flashy pieces on the good ol’ days and the incredible best practices they initiated.  Typically, the “Drive-by Consultant” Analyst can pull off this game for about three years, whereupon everyone has become tired of the same anecdotes being rolled out.  These analysts tend to sneak back to the buy-side at this point, chalking up their three wonderful years of being an “analyst” before re-entering the real world again.

Analysts who come from the vendor side, with intimate knowledge how vendor marketers work.  They get obsessed with showing up at vendor briefings and writing up little blogs and briefs on what they thought of the occasion.  They do all the things to press the buttons of the vendors… little tweets of praise from their events and announcements, blogs (if allowed) of the vendor’s next groundbreaking industry maneuver, and profiles of their favorites.  These analysts typically go through a one-to-two year honeymoon of vendor-schmoozing, but quickly get bored of the same dog-and-pony show and start interviewing for their next salary-doubling move… back to the dark side.

The “Screw this, I can do this better Myself” Analyst

Analysts who are typically some hybrid of many of the above, who decide they can walk off into the sunset and set up their own little shop.  Some just declare they are a one analyst show, while others put up a facade that they actually have an analyst team.  A few do actually have analyst teams, but still can’t resist writing the odd cheeky blog about the analyst industry 🙂