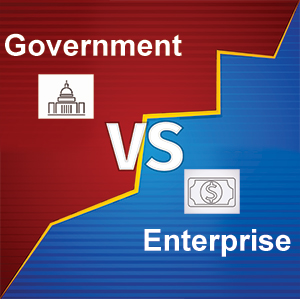 After all these years, CSC is finally separating out its public sector and commercial businesses.  So what does the HfS analyst team think of it all?

This week’s announcement that CSC would be dividing into two new entities, one for US Public Sector contracts and the other for Global Commercial contracts is a welcome and necessary step. CSC is a capable, trusted veteran of the services industry but it has been disappointing the market for some time now. Lacking the scale of IBM and HP, the brand of Accenture and the overhead structure of leading Indian heritage service providers it has been stuck in a poorly defined market position.

CEO Mike Lawrie has been pulling all the available operational levers since his arrival, by putting CSC back on a sounder financial footing, recruiting new executive talent, streamlining the offerings and building the partnerships required for success in the As-a-Service economy. However, those levers still are not enough and without access to new investment capital to build global sourcing and new technology resources as well as a further refinement of the strategy we wonder how CSC can compete in an increasingly globalized, industrialized and automated market.

CSC’s large and challenging public sector contracts acted as a virtual “poison pill” limiting who could take a stake in the combined entity. Breaking this off will free the leadership to further shape the business than they have been able to do, so far.

CSC has carved itself up into a more manageable portion that will, in HfS’s view, make each entity an attractive investment target that, in turn, will maximize the return for current shareholders. The most likely candidate for the Global Commercial entity is a Japanese service provider and for the US Public Sector portion, we envision a PE firm.

If the goal of this action is to do more than just make it easier for each part to be acquired on its own, then we think CSC for the enterprise market needs to do the following:

Posted in : Healthcare and Outsourcing, HfSResearch.com Homepage, IT Outsourcing / IT Services, kpo-analytics