NorthgateArinso: Is it ready to give the HRO market a boost?

In the short time Keith Strodtman has been with us he’s already produced an insightful piece on the Future of Work. And now he’s out and about. On April 19, he went to NorthgateArinso’s analyst day and filed this report as well as a new RAPIDInsight. Take it away, Keith…

NorthgateArinso’s HR and payroll outsourcing roots stem back to its days as a payroll service provider in the United Kingdom called Peterborough Software, later called Rebus Human Resources Services.  Northgate Information Solutions acquired Rebus in 2004. Over twenty acquisitions later the company has emerged as one of the largest pure play HR service providers in the world, offering HR outsourcing, HR technology, and HR consulting services.  At its analysts and advisor day in Atlanta on April 19th, several of the company’s executives provided an overview of their recent accomplishments, their growth plans, how they operate their business, and the latest on euHReka, their global HRMS solution. 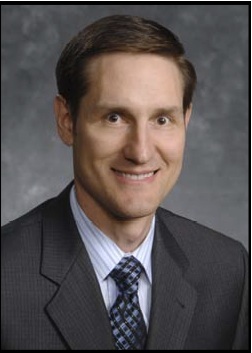 For those not familiar with NorthgateArinso (NGA), the company, now owned by the private equity firm KKR, was formed when Northgate, the largest payroll service provider in the UK acquired Arinso, a Belgium based HR systems integrator and HRO provider in 2007.  While Arinso had a presence in the United States prior to last year, the company made a big splash in the US market in 2010 when it acquired the HRO business of Cincinnati-based Convergys.  Smaller acquisitions in Europe and the Asia Pacific region have rounded out the company’s service delivery capability around the globe.  According to CEO, Mike Ettling, the company has the assets it needs to compete in the global HR market and has now cemented its focus on customer service improvements and growing the business to $1B in revenue over the next few years.

There is evidence that the company is making progress toward those goals.  Despite a challenging economy, the company grew revenues 8.5% in its 2009/2010 fiscal year and increased win rates in its HRO business.  The company has made significant investments in its core technology platforms, established an extensive global delivery infrastructure, created a massive library of process standards, is in the midst of a company-wide rollout of Six Sigma, and has been developing the culture and skills it thinks are required for execution excellence and improved customer satisfaction.

NGA has developed an extensive service delivery network spanning more than 30 offices around the world.  Major delivery centers can be found in India, Philippines, Malaysia, China, Spain, Argentina, Brazil, Canada, and the United States.  They serve thousands of customers from these centers, including 100 global HR BPO customers.  One of the fastest growing areas for NGA is global payroll, a service that currently counts about 400 customers.

One of the more interactive parts of the analyst day was during the euHReka overview and demonstration – you have to love the passionate debates between technology leaders and technology analysts.  While certainly not the only arrow in NGA’s technology quiver, euHReka is clearly the most critical to the company’s growth plans.  The solution can be deployed in both an on-demand (SaaS) model and on-premise at the client site.  NGA claims 50 customers currently use euHReka around the world.  One final note of interest on the technology front was news of a soon to be announced learning solution partner that will be tightly integrated with euHReka.

Under the leadership of Ettling and several new management team members that include US industry veterans Trey Campbell, Paul Hutchinson, and Brad Everett, the company has bolstered its leadership team with a lot of HRO experience.  This combined with several marque wins in 2010 and several more promised in the near future, I don’t expect NGA to remain the relatively unknown brand, at least in the North American market that they once were.

For more discussion on NGA, please see the HfS Research RAPIDInsight entitled “NorthgateArinso: Is it ready to give the HRO market a boost“, which is available at hfsresearch.com.