After our little debate the other day about who is influencing decision-makers these days, I found Ray Wang's new career move worth mentioning… 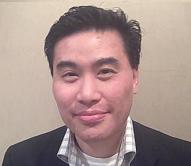 "Because the rate of technology obsolescence now outpaces the pace of technology adoption, organizations need new enterprise strategies to cope with the massive forces of change they face".

I also asked Ray if he'd say exactly the same thing after a few shots of tequila… This ecosystem development of today's influencers and thought-leaders is the culmination of the impact social media has had on the technology industry.  People want immediate relevant, impactful advice and information – and from people whose opinion they trust.  The question now is how consulting and advisory firms can make money providing it, and where today's decision-makers go to be "influenced".  Interesting times… let's keep the discussion rolling.