If ever I am lost for words to introduce an article, then I am now lost for words.  So without further ado, here is Deadly Deborah… and definitely with the handbrake off… 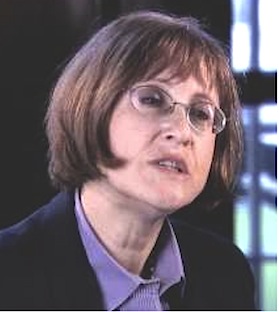 I’m obsessed by careers. I spend time trying to make sense of the various and sundry twists and turns that the life’s work of those in our industry seem to take. And I look closely for patterns. Will leaving a secure position in a global firm for a start-up end in happily ever after? Does a stint in a Tier 3 provider indelibly affect a career path?  After all, if Ecclesiastes 1:9 is right, there’s nothing new under the sun, or as the saying goes, history always repeats itself. So colleagues, do any of these career narratives resonate? Or is this article just the fanciful creation of someone who is absolutely at the end of her career rope?

Having recently decided that there are four major career narratives for our shared services executive cousins, I’ve turned my attention to outsourcing (read: sell side) executive career trajectories. In a segment of the global services industry with much more nuance (and opportunity), It seems to me that in every outsourcing executive’s career, there is an event, or a decision, or some other such driver that will profoundly impact his or her career narrative.

So read the 12 narratives I’ve observed in outsourcing executives. And have a good laugh if they don’t cut too close to home:

1. The mid-life crisis career narrative: Around the age of 40, some well-established outsourcing executives become frustrated with a), corporate bureaucracy; b), a stalled salary band; or c), the fact that they have years of experience on the man or woman they report to. And if their peers (especially their batch mates) are making money hand over foot starting their own companies, the itch to throw security to the winds and join a start up is compelling. So the itch takes over, and the leader leaves a good job to join the ranks of the challengers, crossing fingers that he’ll make enough money to pay off the mortgage and put the kiddies through school.

2. The yo-yo career narrative: Yo-yo career narratives characterize those executives who start out in ITO, hone their sales or management skills, are tapped to run a BPO gig because their skills are thought to be transferable, then high tail it back to ITO when a), the realization dawns on said leader that not all outsourcing pursuits are created equal; or b); their management realize that BPO is a foreign language to their hire. So after a period of time, and a very cordial leaving, the leader goes back to an often bigger post in ITO, sadder, wiser and richer for the experience.

3. The find the greater fool career narrative: The entire market knows that Mr or Ms X is a great interview, taking credit for every deal since Eve persuaded Adam to take a bite of the apple. And providers, desperate for leadership in a market with very little talent, bite hard on the marvelous resume. But eventually—about 9 months in– when the honeymoon is over and nary the hope of a deal has materialized, the dial hasn’t moved on operations, or the solutions team develops a severe allergy to a different way of working, said executive starts looking again…and again…and again.

4. The grass is always greener career narrative: A second cousin to the find the greater fool career, executives with greener grass career narratives are our industry’s true seekers. They are always looking for the perfect home: money, flexibility, respect, influence…and move around frequently, often as much as once a year, to find job nirvana. Sometimes they are allowed to come back to home base, a bit sheepish but glad to be back in the bosom of a family; otherwise they keep moving on, often into the sunset and out of the outsourcing industry.

5. The Book of Ruth career narrative: No, I am not trying to get all biblical on you, readers, but if you apply what the Old Testament’s Ruth said to Naomi “”whither thou goest, I will go, ” you’ll see some couples of the professional kind that always seem to move jobs together. These joined-at-the-hip folks show up together in outsourcing companies big and small, with the senior of the two either moving first, then yanking out his faithful follower, or as a package deal. Employers sunder their ties at their own peril: the two of them just can’t function effectively without the other.

6. The fox in the henhouse career narrative: We all know the type: he or she is itching to move from the dark to the light side, and perpetrate every crime against nature on the provider community. The former provider executive is dying to show the client side how a deal should actually done—or governed– and if a little pain is inflicted on either his former employer, or his employer’s biggest competition, so be it. After all, what better position to be in than have the CEO who never knew your name suddenly have you on speed dial when you move to the buy side.

7. The I’ve been captured career narrative: Although this career narrative is rare given the number of commercialized captive operations, there are a few of these blokes in the industry. Executive is a corporate creature, having started a captive for a multi-national. The captive is then sold to an eager provider, and the executive suddenly has to become a commercial operator. After getting over the initial shock of having to be accountable, the former captive leader wholeheartedly drinks the Kool-Aid, and becomes a pillar of his outsourcing practice…or quickly walks out the door into any career that does not involve SLAs.

8. The gentle decline career narrative: There’s a growing trend I kindly refer to as the “gentle decline.” Look around and you’ll see players who started their careers at the powerhouses of our industry—Accenture, IBM, even the late great EDS—then, over time, softly switch to companies with less and less prestige in the outsourcing provider pecking order. Said gentle decliners are absolutely convinced that their skill and acumen will be the silver bullet that elevates their new employers into the top tier. The paradox? The jobs get bigger but the employers get smaller.

9. The “any advisory firm would die to have me” career narrative: The executive is tired of 2 am conference calls to India, or wherever, and being grilled when the numbers run shy of quarterly expectations. Jumping the fence to an advisory practice, particularly if it’s at the partner level with the trappings of business class airfare and a liberal expense account, seems very attractive, despite having to don a tie to visit a client. But if these former deal or operating titans are able to make the shift, they find that selling, operating and consulting are indeed different, and yearn for the days when filling in a timesheet did not take up an hour each day.

10. The time to be an entrepreneur career narrative: The executive is a deal maven extraordinaire. He or she can sell snow to indigenous peoples living above the Arctic Circle, and is always brimming with innovative ideas. Often a lone ranger, the wannabe entrepreneur carefully calculates when his commission payouts hit, and starts looking for backing from friends and family. When the time is right, he jumps ship, spending a good year burning cash either to develop a slightly better mousetrap—a riff on some kind of KPO or accounting offering, or applies what he knows to another area entirely—perhaps selling timeshares in Florida or Cyprus.

11. The phoenix rising from the ashes career narrative: There are a few executives that flame out spectacularly by their own hands, supposedly committing some crime that’s considered to be so egregious (flaunting policy, losing a foundation client, or worse) that it results in an instant exit from a lofty position. But like the careers of many politicians and corporate moguls, memories are short and all is forgiven after an enforced period of wandering in the wilderness complete with penance and daily golf. And eventually the phoenix rises from the ashes, accepting megabucks and a CEO title from some global or private equity player.

12. The end of the line career narrative: Readers, that’s me…and several others I will refrain from naming. Having tried absolutely every outsourcing role with either a modicum of success, or a spectacular failure, we’re completely unemployable and now relegated to the sidelines of punditry. It’s a lonely job, but someone’s got to do it.

Deborah Kops (pictured above) leads many lives, including her own boutique firm, SourcingChange, a Research Fellow for HfS and  The Conference Board.  You can email her here.