Is the day of the offshore financial services captive in terminal decline? 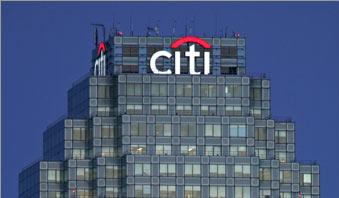 The current financial crisis is driving many of the leading financial institutions to sell their Indian captive operation to third-party service providers, typified by Citigroup today offloading its Indian banking services operations to Tata Consultancy Services for $505 million. Most of these offshore captives were established in recent years to cater for growth in the financial services sector, and with the current climate, many of them have little choice but to sell them off.

I was having an interesting discussion just yesterday regarding Securities/Capital Market BPO (back office operations of Investment Banks, Asset Managers etc.).

Most of the outsourcing in this sector here is to captives, for example, JP Morgan, Lehman, DB, UBS, Goldman Sachs and Morgan Stanley each have between 1500 – 7000 employees in Indian captive operations. The trading volumes in some instruments are practically negligible in this economic climate. Take OTC Derivatives Confirmations and Settlement processes – these teams were significantly ramped-up towards the end of 2005 to meet regulatory requirements, in view of very high-volume spikes in demand. Now, in some cases, 60-70% of team members are literally twiddling their thumbs. Attrition has reduced significantly as there are not many jobs on the market offering higher salaries.  Moreover, the back-office-cost-per-trade ratio continues to rise as this economic situation fleshes out.

Hence some of these captives are in a quandary; large scale lay-offs are not an easy option in India as they significantly impact the brand.  Redundancies in India have generally been of two types – small 100-150 employee operations closing shop or industry giants letting-go less than couple of percentage points of their workforce under ‘under-peformance’ or some other pretext.

The theoretical argument in favor of third-party outsourcing is that it provides flexibility to scale-up and down and keep the cost-per-trade at a minimum. This segment of the industry went mostly captive over-looking this argument in a high-growth period, with control and regulation being the over-riding factor. One large operation is already on sale, and there are some of the largest third-party outsourcing deals in discussion – is this the beginning of restructuring of this segment, and is the day of the offshore financial services captive in terminal decline?

This argument is strongly supported by today’s largest-ever buy-out of an Indian captive operation.  It was a widely known fact in the industry that Citigroup had been contemplating selling its Indian banking operations to a third-party for over a year now.  The fact that is has finally made that decision so quickly after the recent financial meltdown is telling of the changing attitude towards outsourcing, and the fact that these captive support models do not work well in a volatile economy.