Is a “private cloud” an oxymoron? 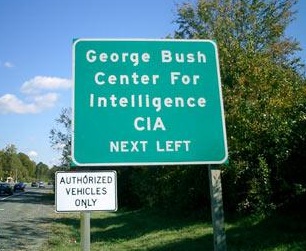 What on earth's an "oxymoron"?

You’ve undoubtedly heard the terms “public” and “private” cloud being bandied around quite loosely by every IT services provider trying to hitch themselves to the new trend towards the use of computing resources that reside outside of the enterprise and are delivered to multiple customers by a cloud services provider (read Bruce McCracken’s new article).

A very old friend and former analyst colleague of mine, Andy Milroy, who leads the Australasian IT and Communications practice for research and consulting giant Frost and Sullivan, poses an excellent question to those service providers today who may be confusing hosting services with cloud:

“To me, the term private cloud is a misleading way of describing hosted services.  In fact, it is an oxymoron. It is a term that is used by providers of hosted services in order to hold onto lucrative contracts and prevent the loss of customers to companies that provide public cloud services.”

Is a Private Cloud an Oxymoron?

The IT community is now strongly focusing on the impact of cloud computing on their businesses.  This can largely be explained by the fact that the rapid growth in the use of cloud services in recent years, massively disrupts traditional IT delivery models.  But, there remains much confusion regarding the nature, scope and definition of cloud computing. The situation is becoming cloudier (excuse the pun) as major IT suppliers start to re-brand existing offerings as ‘private clouds’.

Attributes of cloud computing typically include, scalability, elasticity, multi-tenancy, payment models that are linked to usage, resources delivered from virtualized environments and the provision of all support and management tasks by a cloud services provider.

However, the emergence of the marketing term, ‘private cloud’ challenges common definitions of cloud computing and creates confusion. It is a term that is commonly used by those with vested interests in existing computing paradigms.

In my view, the use of private clouds is not cloud computing since key attributes of cloud computing include, the use of computing resources that reside outside of the enterprise and that are delivered to multiple customers (multi-tenancy) by a third party (cloud services provider). Private clouds deliver IT resources from within the corporate firewall and to one customer. To me, the term private cloud is a misleading way of describing hosted services.  In fact, it is an oxymoron. It is a term that is used by providers of hosted services in order to hold onto lucrative contracts and prevent the loss of customers to companies that provide public cloud services.

Services that share the attributes of public cloud computing, have, of course been with us for many years. For example, the Application Service Provider (ASP) model of computing was expected to deliver services from the Internet to multiple clients. The ASP model did not mature for a variety of reasons. However, the planets are now aligned for an explosion of public cloud activity. Today’s virtualization technology, application acceleration technology, the widespread use of OpenSource and faster average broadband speeds are enabling the rapid adoption of public cloud based services.

I believe that a mix of groupthink and blind conservatism is at play in many cases when objections to the use of cloud services are raised. These objections tend to be centered around security and privacy. It is argued that private clouds address these concerns. In my view, private clouds simply re-inforce the conservatism of many in business today by giving them an excuse not to use the public cloud. In a few years time, those that simply revamp their existing datacenters to provide private cloud services and those that refuse to use cloud services for security and privacy reasons, will give the impression that they simply cannot grasp their very straightforward and obvious business benefits of using public cloud services.

Andy Milroy (pictured) leads Frost and Sullivan’s Australasian ICT Practice.  He has previously held senior analyst positions at both IDC, where he led its European IT services research organization, and at NelsonHall, where he started its US business.