The hunters and the hunted: Indian BPOs readying for a rebound 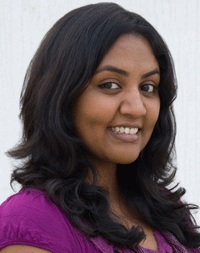 Reetika Joshi is a research analyst at ValueNotes Sourcing Practice

We recently debated how the nature of global service delivery is going to change in this climate of leveling prices, increasing buyer expectations and post-recession lethargy.  This is clearly a pivotal time for the industry.

We decided to get a flavor from India, where their BPO providers are eagerly ramping up for taking on new business, and asked our friends based in the beautiful university city of Pune, ValueNotes, to share some insights with us.  One of their lead analysts, Reetika Joshi, who can boast the Accenture prize for best student on her Marketing Management Masters course at Aston University (UK), has shared her insights with us.  Not sure what that prize actually was, so let’s hear her views on the Indian BPO provider dynamics instead:

The hunters and the hunted: Indian BPOs readying for a rebound

As the world recovers from recession, the major Indian BPO providers eagerly await a return to the BPO boom, which has paused in the past 18 months as companies have sought to cope with riding out the tough-times.

As HfS Research recently revealed with a new study of enterprise BPO demand, many enterprises are seriously looking at outsourcing to solve many of their performance issues, however, it’s clear many are taking their time before jumping into large contracts.  In fact, we’re actually seeing more piecemeal engagements from companies making more tentative moves into BPO.  While the bounce-back has hardly been resurgent, BPO is clearly firmly on the corporate agenda and many of the leading Indian service providers  are expanding staff, acquiring competitors, and making new marketing plans to widen market share and penetrate new sectors, such as the mid-market.

Even amid the doom and gloom, the Dataquest Top 20 annual industry survey reported that the Top 20 Indian BPO firms increased their combined export revenues by 15 percent in fiscal 2009-2010, with revenues of $6.1 billion, slightly  down from the growth of 17 percent achieved in fiscal 2008-2009. After a year of relatively sluggish growth, Indian service providers are now expecting business to grow. Financial and managerial pressures are easing up across major markets, with a collective agenda to optimize costs and efficiencies. Recent research has suggested that in the next two years, companies plan to offshore more, to countries such as Mexico, China, Philippines and of course, India. Accordingly, Q12010 (Apr-Jun) results have already shown volume growth beyond expectations for the major Indian BPO providers such as TCS at 8.1%, Infosys at 6.9%, and Wipro at 4.7%.

So although things are looking bright for India in the next few years, the next logical question is – are Indian vendors prepared for a rebound? As they await the uptick this financial year, this much is clear; the industry is not sitting still. In fact, Indian BPOs are attempting a makeover to emerge stronger than ever, by gearing up in two ways:

Here are the top five drivers for these service providers to execute strategic acquisitions. It is actually more than likely that a combination of these competitive advantages is motivating providers towards inorganic growth, as the examples below illustrate.

Whether it’s the tier 1 providers like TCS, Infosys or Wipro, or relatively smaller contenders, global reach for outsourcing providers is becoming not only the norm but a long-term competitive necessity. Multinational companies such as IBM and EDS had an early lead. But as the rest of the industry caught up, the importance of tapping diverse locations became apparent. The preference has been delivery centers in low-cost offshore (e.g., India, China) and nearshore (e.g., Mexico, Poland) destinations, coupled with R&D, marketing and sales activities in onsite locations (e.g., US, UK). Therefore, some of the larger BPO players in India have been expanding in Eastern Europe and Latin America. The bolder ones have also moved to emerging outsourcing destinations such as Sri Lanka and Mauritius to setup their offshore centers. Increasing capacity this year will likely be higher in these emerging destinations.

Whether you’re a top notch BPO focused on insurance, or the largest outsourcer to healthcare providers, there are always more products and services that could enhance your portfolio. Specialized skills often stem from those small firms that are almost off the radar, save for their highly innovative offering(s). BPOs are always on the lookout to make their value proposition stronger by incorporating the best that the industry has to offer. Whether it’s a single feature on a platform BPO product, or a niche analytics skill-set, BPOs are making more acquisitions that align with and enhance their core business areas.

The recession underscored a central truth of business:  you’re only as stable as your clients. For BPOs, this is all the more important because there are many so-called vertical specialists. For example, more than half of EXL Service’s business comes from the insurance sector. The annual reports of most of these vertically focused BPOs state very clearly that they face huge risks in catering to a niche clientele. It then makes business sense to enter additional verticals through acquisitions that deliver a strong client list to build on, thereby reducing risk. In Q1, there was broadbased growth, with media, retail and communications segments matching pace with financial services. All the large BPOs have expressed interest in entering new verticals, eyeing segments such as healthcare and utilities, so we can expect to see more activity in the coming year.

BPOs are very often evaluated by their clients on their ability to scale, which is fair? One of the major reasons for outsourcing is labor arbitrage, especially if the labor in question is in significant numbers. Companies looking to expand in certain geographies find that acquiring another company in the region is the easiest way to build human capital. Acquisitions of this kind make most sense products and services have synergies. With strong pipelines and insufficient resources, Indian service providers are likely to build capacity addition through acquisitions this financial year, because organic growth isn’t going to be enough.

Like other firms BPOs are keen to extend business relationships with their clients. One of the biggest ongoing trends in the industry is the buying captive units or shared service centers (SSCs) from client organizations that aren’t able/willing to sustain them. This leaves BPOs with deliciously long contracts and an army of specialized employees to go after other clients in the same vertical.

These mergers and acquisitions don’t necessarily indicate a singular trend, but rather a wave of consolidation.  BPOs are racing to match pace with global demand, and inorganic growth seems to be one of the ways to ensure long-term growth. The plan may be to go global, enter niches, acquire skills for nonlinear growth, or extend business relationships. There was no single driver for inorganic growth in the last year. Instead, outsourcing companies used acquisitions to fortify themselves and build up momentum, while they played the waiting game.

In 2010, we can expect these BPOs to reap some of the benefits from their bold expansion moves. As business picks up, and client organizations warm up to offshoring once again, BPOs are definitely better positioned to take on the immense challenges set before them. Improvements in scale, reach, and range have been largely addressed due to the many completed and scheduled strategic acquisitions (along with organic capacity addition). It then looks to be an eventful, and I daresay, extremely successful year ahead for BPO!

Reetika Joshi (pictured) is a research analyst at ValueNotes Sourcing Practice. She has undertaken several research assignments across the outsourcing spectrum, including BPO, medical transcription, research & analytics, and e-learning. She can be contacted at reetika at valuenotes dot com.