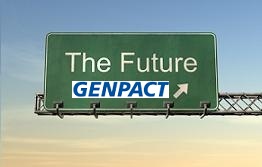 Who's prepared to step up to the plate?

No one single provider can claim to have impacted the world of BPO with such verve and focus over the last five years, than that of Genpact.

During the “boom” years of Finance and Accounting BPO adoption, between 2005 and 2008, the Gurgaon-headquartered firm aggressively pursued nearly every large deal on the table, with a no-nonsense approach of lift-shift-transform BPO at aggressive pricing, bolstered by the GE Six-sigma and LEAN heritage and branding.  However, the mindset-shifts of the Recession, combined with a more knowledgeable buyer, more credible competitors, and the ability of several Indian-headquartered and Western providers to compete more aggressively on price, have conspired to create a much more challenging environment for any provider competing for BPO business.

Most importantly, serious questions are now being asked of the leading service providers jostling for marketshare and position in the BPO business.  Some providers are growing frustrated, and beginning to question whether they got their approach to BPO right. And the current speculation over Genpact ‘s future is forcing many of the BPO wannabes to gaze deeply into their navels to decide whether they want to get really serious about BPO.  There’s been a lot of chest-beating, a lot of marketing, a lot of huff and puff right across the industry… now’s the time to see who’s really going to step it up.

Our view at HfS Research is that if any of the emerging service providers want to have a billion-dollar-plus BPO business that touches all industries, horizontal processes and provides a platform for that next phase of growth, once the low-hanging IT projects start to dry-up, they need to decide whether they have the appetite to swap-out a sizeable portion of their stock to acquire Genpact.  Because if they don’t, another party eventually will, and there aren’t too many billion-dollar BPO firms left which will provide instant top-tier status and massive BPO global scale.

And if that acquirer doesn’t come from the sub-continent, if could well eventually come from a Japanese, European, or a Western business.

Here’s why the issue over Genpact’s future is so important to the future direction of the BPO industry:

Recent BPO market entrants are primarily IT services providers, which focus on rapid “penetrate and radiate” strategies.  They are approaching BPO with the same strategy, and finding it much more resource-intensive, slower-going and lower-margin work.

When you look at the huge success of the leading offshore providers in the IT services market over the last decade, they based their growth strategy on starting small and doing whatever the client wanted to grow their “real-estate” within their back office.  IT services providers such as Cognizant, Infosys, TCS et al. would quickly increase their presence within major global enterprises from 10 to 50 to 200 to 500 to even 1000 FTEs working on software support and development work – and with alarming pace.  These providers were smart enough to realize they would quickly gain institutional knowledge of their clients’ processes and make it almost impossible to be displaced in the future.  They  brought offshore IT work into the corporate mainstream and branded India as the leading destination for low-cost programming work.  To quote the CIO from a large German corporation recently “Ve prefer to use Indian firms for programming – that’s vot they do”.  Kind of sums it up, right?  However, BPO’s different…

The leading offshore IT providers are quickly realizing BPO’s a very different ball-game and may be forced into making a much larger investment than they ever intended, if they want to develop any BPO business of significant scale.

With the exception of a few transactional-based processes such as invoice and payables processing, order management, indirect procurement, the growth in future BPO areas is dependent on talent that can’t be picked up a en-masse from University training programs, or from infiltrating the campuses of neighboring lower-tier competitors with drive-by recruiting sweeps.  With much of today’s BPO engagements, providers are creeping from 5 to10 to 15 to 20 staff in their clients… it’s at a completely different pace and scale,  as the requirements are often more customized, more specific and it’s simply harder to find, train and retain the talent they need.  They are simply not finding anything like the margins and growth that their IT business have enjoyed over the years.  However, if they want to have a shot at winning the larger-scale engagements today, they will simply finding themselves running out of time to get a foothold in that game, if they persist with a “penetrate and radiate really slowly” strategy.

The Bottom-line:  There aren’t many entry points left to get into the top-rung of the BPO business.  Genpact may well be the last lever to pull.

All the leading providers have, or claim to have, both horizontal and vertical BPO capability.  They know that having deep processing competency is incredibly “sticky” for growing deeper client footprints, and can help them develop institutional knowledge and comfort with clients, to remain with them for many years to come.

However, gaining BPO competency and scale isn’t like IT – there simply aren’t the hoards of dying European and tier 2 providers eager to get picked up.   There’s really only Genpact left standing at the top-end, Xchanging and WNS in the mid-tier, and EXL, OPI and a few select others as the only really viable pureplays that will give an immediate leg-up in terms of immediate BPO scale and competency.  Moreover, the old “let’s hang around and pick up a juicy captive” won’t wash anymore.  Everyone’s run the rule-book over all of these, and there aren’t many worth considering, that make a lot of financial sense or provide suitable client scalability.

So this brings us back to price-tags and sensible investments.  There haven’t been many past BPO investments that have been very successful – all have involved painful transition and slower-than-expected business growth – a fact that has put off a lot of firms making aggressive acquisitive BPO plays in recent years.

However, Genpact is another proposition entirely.  It has massive BPO footprints across many major enterprise clients.  It has global scale, industry competency and a good operational track record with clients.  It really does represent one of the last major entry points for ambitious providers to make a “big bang” play into the BPO space.  The big question we ask now is – who has the appetite, and who is serious enough about this business, to make it.