Day Three at the HR Technology Conference in Chicago…

Wow – HfS’ Peter Ackerson completes the hat-trick.  So without further ado, here is the final installment… 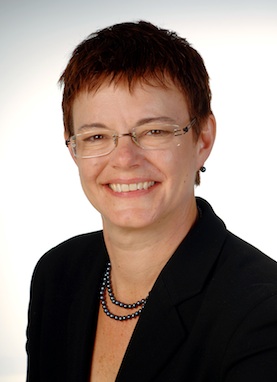 The famous Mary Sue Rogers practically invented HR Outsourcing with IBM, before outsourcing herself to Australia with Talent2

Contrary to Mr. Fersht’s implications that any analyst would desert his/her post before an event is concluded, this analyst was there at 8:00 AM for Mark Hurd’s (Oracle) presentation and remained there until 12:30 for one last discussion. Hopefully my (modest) fee will be doubled for this dedication.

For those of you who don’t know me, I am one of those rare individuals who likes payroll as a delivered service. Other than that aberration, I’m a fairly balanced person. So to have the opportunity to talk to senior leaders from ADP and Talent2 was a great event. Well, maybe not great, but at least interesting. This will be a brief recap as I intend to cover payroll as an outsourced service in greater detail at a later time.

Don Weinstein, SVP- Product Management met with us to give an overview of their model and plans. ADP has broadened their offerings over the last few years through acquisitions as well as organic growth. What they want to be known for is as a provider of Global HCM, with three major offerings: Payroll/Time; HR; and Talent. GlobalView, their SaaS offering based on SAP, will continue to be the growth engine. Of the 80+ countries served by ADP, ~40 are using localized GlobalView. ADP has always been SaaS oriented, even before the term existed. There is more to the story, but that will follow later. One tidbit of interest was the PEO business is growing at a substantial rate. The growth is tied to organizations wanting three deliverables: Healthcare cost arbitrage, risk management, and HR administration/compliance.

I must admit I had not heard of Talent2 until recently. However with Mary Sue Rogers, late of Big Blue, as Global Managing Director, it was only a matter of time until Talent2 had more visibility in the US – (you can read a great interview here between she and Bill Kutik last year). Talent2, based in Australia, is a major player in the Asia-Pacific area with a significant number of their clients being US and Western Europe multi-nationals. Their primary offerings include payroll, learning administration, recruiting, and advisory. With service centers across the region, they appear to have significant knowledge of legal requirements and compliance. They serve the entire region with the exception of North Korea. We will be interested in following their progress.

General feedback was fairly positive…Bill and David did well on this event. We have not seen the final attendee count yet, but assume it will be significant. Next year’s conference will be in Las Vegas. Some of the exhibitors privately expressed concern as Las Vegas has far more distractions that Chicago. Let’s face it, when you’re at McCormick Place in Chicago, you are there for the day unless you want to invest in taxis.

Peter Ackerson is Research Fellow for HR Outsourcing and Shared Services at HfS.