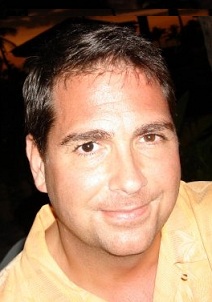 Horses for Sources Research Fellow Lee Coulter distinguished himself at the Shared Services and Outsourcing Week event last week, where he steered clear of the golf course and his evil bar-propping companions, to facilitate a number of sessions at the show.

And one character who stood out this year was Cliff Justice, who last year elected to experience the management consulting delights of KMPG after an exemplary long-time career with sourcing advisor, Equaterra.   Lee managed to grab some time with Cliff at the show.  Here are his thoughts…

Orlando in March is supposed to be a great boondoggle destination. Fortunately for Shared Services Week, the Shared Services and Outsourcing Network’s (SSON) annual event, the ‘winter that wouldn’t let go’ down south meant more people were actually in the seats rather than in the fairways of the many good golf courses in the area.

One of the conference’s anchor events is the G8 panel. This is a panel of the industries leading providers and advisors that get together to discuss things pertinent to the whole industry. They are organized by region and this year was the first meeting for the US Chapter. Among the regulars we all expect to see such as IBM, Accenture and CapGemini, was KPMG. KPMG? Yes, and represented by Cliff Justice. Cliff is KPMG’s new US Leader, Shared Services and Advisory. This isn’t the first time that a major accounting services firm has placed a bet on getting into the shared services and outsourcing advisory business, and I was interested to find out more about how KPMG is moving into this space.

I caught up with Cliff later in the evening to get a little more insight. Cliff, who has been a leader in this industry for more than a decade with NeoIT (led their alliance with TPI) and then Equaterra, came over  late in 2008 to build this practice for KPMG. In a pretty short period of time, Cliff has managed to get a name most often associated with audit and tax – KPMG – named one of the World’s Best Advisors by IAOP, and now shows up next to IBM and Accenture on the G8 panel. Hmmm.

I had a lot of questions for Cliff. The theme linking them all together was: “are you really doing this and is KPMG really committed to it?” The answer: a resounding yes. Despite my only-a-little exaggerated description of the challenges a newcomer to this space faces with solid competition, dynamic industry shifts, volatile political dimension, and uncertain economics; Cliff remained unfazed. I probed at the firm’s willingness to invest in the long sales cycle and time it takes to build a stable pipeline. Cliff assured me that KPMG was solidly behind him and this practice. I gave him my best “surely, you didn’t tell them everything” look, and he went on to tell me KPMG believes their strong CFO and C-suite relationships are a natural entre into the world of shared services and outsourcing advisory. Inevitably, the CFO has a strong voice in these initiatives. In many organizations, administrative and technological functions report directly into the CFO, and where the CFO doesn’t have direct control, there is usually a business case that passes the CFOs desk.

Beyond the conversation I had with Cliff, I talked to a lot of other folks at the conference that told me about KPMG hiring talent, responding to RFPs, and building shared services recommendations into their conversations with their existing clients. Does KPMG have what it takes to be a major player in this space? The jury is still out, but they do have a strong cliff hold, and appear determined to scale the peak.