Today’s Asia/Pacific: why smart enterprises no longer view it as one region 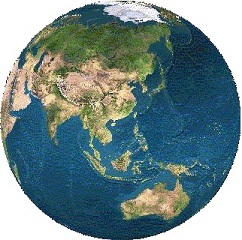 Asia/Pac: only 60% of the global population…

When you’re looking at the future development of the global sourcing industry, you need to look hard at the diversity of the Asia/Pacific countries to understand from where much of the future demand – and supply – of technology and BPO services will arise.

With much of the US and Europe’s economic leaders coming to terms with paying for their years of spending excesses, their financial bail-outs and tethering themselves to basket-case economies, the next decade represents a real shift in the balance of economic power.  No longer can enterprise leaders afford to view Asia/Pacific myopically as a single region, requiring a single go-to-market strategy for a “region” that houses 60% of the world’s population.

When we were developing our research agenda at HfS, we made the concerted decision to focus resources and attention firmly on Asia/Pac, so we can help our clients better understand how to organize themselves for growth across the region though their sourcing strategies.  Our newest analyst at HfS, Andrew Milroy, discusses further some of the incredible diversity across that region.  You can also listen to Andrew discussing key outsourcing dynamics in the Asia/Pacific region with our networking partner, SSON, by clicking here.  Over to you, Mr Milroy:

Notes from a Large Region

I recently attended a briefing detailing APJ results for a major US-based cloud services provider. By the way, APJ is an abbreviation for Asia Pacific, Japan which means Asia Pacific plus Japan. To many, Asia Pacific includes Japan anyway and the letter J does not need to be specified. But sometimes, the letter J is used to signify the importance of Japan which until recently accounted for more than half of the aggregate GDP of Asia.

I was presented with APJ revenue numbers and revenue growth numbers, and was informed that these growth figures are higher than for anywhere else in the world. I then attempted to interpret this information and came to the conclusion that it was meaningless. Telling me that APJ growth is x%, and that this is the highest in the world, is like telling me that there is a storm in the Pacific Ocean. I want to know about specific parts of the APJ region. In fact, like many, I am particularly interested in what is going on in China. I believe that the vendor in question, like many US services companies, does very little business in China and will struggle to penetrate the Chinese market. Talking about APJ disguises this fact and may lead some to assume that business is strong in China. Right now, the Chinese government is probably creating several Chinese versions of this company. Of course, when I asked if the vendor in question could share its revenue numbers for specific parts of APJ, I was told that this was not possible.

The notion of placing many, very diverse countries into one region has always seemed very strange to me and not very rational. It seems as though large corporations split the world up in a way that satisfies their own, internal and often myopic view of the world.

Asia Pacific is a huge area and is made up of an incredibly diverse set of countries.

From an outsourcing/IT services perspective, it is important to understand the diversity of the region.

Australia and New Zealand are mature IT markets and the propensity to outsource is high. From an outsourcing perspective, these countries share more characteristics with the UK than with any country in the Asia Pacific region. The combined ANZ economy is becoming smaller relative to other Asia Pacific economies and hence is receiving less focus. Nevertheless, many US-based services companies continue to generate the bulk of their Asia Pacific revenues from ANZ.

Japan and Korea are also mature IT markets but the propensity to outsource to third parties is relatively low. Japanese and Korean organizations are much more likely to operate captive facilities than to engage a third party to manage business or IT processes.

India is an enormous offshore destination with a rapidly emerging domestic outsourcing market. Economically and politically, India behaves more like a Western economy than other large economies in Asia Pacific, like China and Japan. Large Indian companies and government organizations have a comparatively high propensity to purchase outsourcing services from third parties.

The Philippines is the second largest offshore destination in the region but has a disproportionately small domestic market. Most ASEAN countries, including The Philippines, face challenges in maintaining economic and political stability. Furthermore, some ASEAN countries such as Cambodia are among the poorest nations on earth while Singapore is one of the richest on a GDP per capita basis.

Of course, China is the market that attracts the most interest given its phenomenal economic growth and the size of the economy. In recent years, China has emerged as a nearshore destination for Japanese and Korean captives. However, the government is investing heavily in encouraging foreign and Chinese companies to establish themselves as providers of offshore outsourcing services within China aimed at US and European companies. The establishment of this infrastructure is not driven by current demand but instead by anticipated future demand for services delivered from China. Perhaps of more interest is the domestic market in China. This could potentially be huge. But, it will take time for a sizeable domestic market to emerge for many reasons. One of the main reasons for this is cultural. China is not yet a services-oriented economy and by and large, China simply does not do services well today. There is a sense that you buy products that should work and if they don’t, then you should be able to fix them using your own resources. It is hard to find high quality services in China should you be unable to address a problem with products using your own resources. The other issue that holds back domestic outsourcing is the same as in many other parts of Asia Pacific and that is the relatively low cost of labour.

So, Asia Pacific has massive variety. It houses two of the world’s three largest economies as well as some of the world’s poorest. It has countries where the propensity to outsource is among the highest in the world and where it is among the lowest. It has the most centrally planned economies in the world as well as some of the most market-oriented economies. In other words, it doesn’t make much sense for these economies to be included in the same category.

In a few years time, the way some large corporations segment the globe will change, Asia Pacific will no longer be a useful geographic category. It is likely to break up into several areas. India and its immediate neighbours will make up one area, Greater China another, ASEAN another and Japan and Korea will be the other.  As mentioned earlier, ANZ will continue to become proportionately a smaller part of Asia Pacific so will probably be thrown in uncomfortably with ASEAN.

Andy Milroy, pictured here,  is Expert Contributor for Horses for Sources Research.  You can access his bio here.  He likes to be tweeted at @andy1994

Posted in : IT Outsourcing / IT Services, Sourcing Locations