As an addendum, many of you have reached out to us since publishing this blog, regarding whether this was the right time for an emerging star in automation, like Genfour, to sell. There is a lot of runway in Intelligent Automation and there is no doubt in my mind that Genfour’s architect, James Hall, could have held out for longer and continued along his growth path as one of the few attractive pureplays in the space worth acquiring.

As our recent analysis of them revealed, the current bunch are not very well established, hence some want a quick cash-out and exit, while others are hunkering down to play the longer game.  It is our view that Intelligent Automation and AI will evolve like the digital market, with service providers crying out for “press release buys” that give them credibility.  Hence, this is as good a time as any to establish your own pureplay Intelligent Automation shop and throw yourself into the mix.  But good luck finding the talent… there’s a real shortage of it out there!

So why did Accenture acquire Genfour and does this make market sense?

In times of disconcerting political and macro-economic events, where #fakenews and a traditional outsourcing model officially running out of value, getting predictions right is becoming increasingly difficult for an analyst.  Hence, the more pleasing it is when you can gloat about predicting an acquisition. 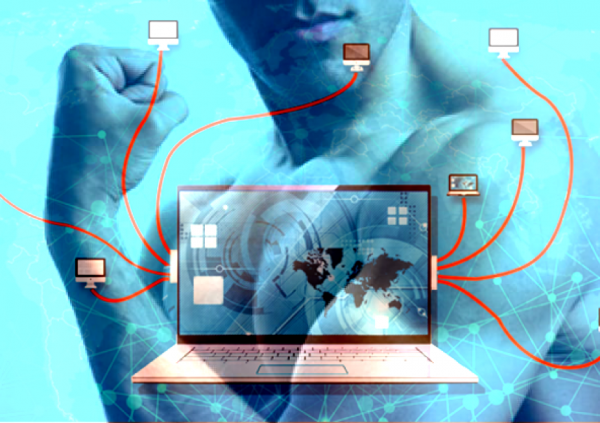 The shift from bots to data

The sense of increasing maturity and the progress toward transformational projects was also tangible at HfS’ Digital OneOffice Summit last week in New York. While tired of all the buzzwords and the lack of education and definitions, buyers were clear what they expect from their partners. They want support on their journey from bots to data and their move beyond technology. Buyers want guidance on the best organizational model to leverage and integrate automation, but also a realistic guidance on the throughput of data of the leading RPA and automation tools. Similarly, they are desperate for tapping into the talent that can advise them on the most effective architecture in order to accelerate the journey toward truly Intelligent Automation. At the same time, buyers were almost unanimous in expecting the industry to move beyond an FTE-centric mindset on automation, be it around go-to-market messages, around discussions on business cases or where exactly they require support from their partners.

The messages from New York to automation vendors, service providers and advisors were loud and clear. Yet, another message was equally clear, when we asked the buyers in the room what would improve most the quality and outcomes or their current (primary) services relationship, 49% responded with rolling out a long-term RPA and Cognitive Computing roadmap with their providers’ expert management and support. Thus, the opportunities are far greater than any challenges.

Accenture’s Genfour acquisition is all about execution

From an IP point of view, Accenture will add its holistic automation strategy to Genfour’s Autonomic Platform which did integrate broader automation partners such as Celaton or Enate. Accenture’s capabilities focus on the Accenture Intelligent Automation Platform that integrates Business Workflow Management, Delivery Management, Intelligent Automation, and Analytics and Insights, with a neutral ERP interface at the core. This is further enhanced by the Accenture AI Engine that provides an architecture abstraction layer for interacting with various Autonomics services, such as natural language processing (NLP) and machine learning. Thus, the combined entities will accelerate deployments geared toward more data-centric models.

James Hall will move into a more sales-oriented role driving customer engagement across Europe, while Accenture will move the CoE to Cardiff and ingest as well as expand existing capabilities. There is another reference point, in addition to the depth of Accenture’s capabilities, that the deal should be seen largely from an implementation and execution perspective. But again, on the danger of sounding like a broken record, these implementation capabilities are scarce. In summary, the only challenge for Accenture is to keep the Genfour team happy in a bigger and much more process-centric, if not bureaucratic, environment.

Bottom-line: Change in mindset and forward-looking strategy on talent is where the automation rubber hits the road

The key value that the automation pure plays like Genfour add to the market, is having the talent that can assess innovative technologies like RPA as well as AI and advise on the implications of those tool sets on process chains and workflows. As the first mover of those pure plays, GenFour deserves credit for educating the market while the service providers remain coy at the side lines. This education always focused on understanding RPA as part of holistic automation strategies with a view to progress to an end-to-end process view. Not that we intend to gloat yet again, but we expect that the leading pure plays will be absorbed with a similar deal logic. That is unless we will see somebody take the bold step and invest significantly to scale out and to accelerate the journey toward an AI-enabled OneOffice strategy.