Caught in the xeno-bamia crossfire, these are dangerous times for the “outsourcing” industry 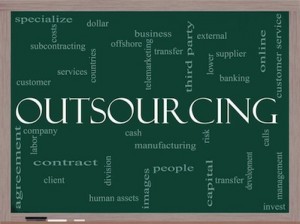 What's in a word?

The industry known as “outsourcing” is currently under its greatest-ever attack.  President Obama has made attacking Bain Capital’s promotion of itself as a “one stop outsourcing shop” as the focal point of his campaign.  And this is a serious attack – he has $512m in campaign money left to burn, and only $25m a month is currently being spent on attack-ads from both parties – the worst is yet to come (from both sides).

Without getting (overly) sucked into the politics, this election is becoming so nasty, so vehement and so contentious, that common sense is taking a backseat to negative politics, as many of the anonymous donors of hundreds of millions of dollars of Super PAC money demand victory at all costs, regardless of the collateral damage along the way.

Worryingly, for the business and IT services industry, we are all now caught in the crossfire.  This is quickly developing into an attack on “outsourcing” that is going mainstream, where many pundits and voters, not familiar with the complexities of global business, are jumping on the bandwagon. As a British subject observing these shenanigans in amazement, I am increasingly wishing this election process could hurry up and be concluded, so this country can finally get back to creating policies, as opposed to this civil war of partisan politics, which is focused almost entirely on negativity, where winning at any cost seems to be the order of the day for both parties.  I sincerely hope the global economy can hold up through November, as we endure this painful – and, quite honestly, rather shameful period in our history.

“Outsourcing” is the symptom of an increasingly competitive global economy, not the cause of America’s economic woes

To cut the chase, Obama is appealing to the fear from protectionists and the masses that US jobs are being “shipped overseas” and he will “insource” them back to the US if he is re-elected.  What he is glossing over is the fact that 97% of US organizations today, with over $1 billion in revenue, are already outsourcing some piece of their business or IT operations and – in most cases – some degree of overseas labor is used by the service provider.  What he needs to focus in on is why service providers use overseas labor:  because it is cheaper, and there is a lot more of it available.  Our current survey is exposing this fact in spades, which we will reveal soon.

Organizations outsource because it makes them more competitive and it pleases their shareholders. If Obama truly wants to be the “Insourcing President”, then he has to figure out how to make the US labor force competitive with the rest of the world. That is where he should be focusing, as opposed to pandering to the xenophobia of the masses by claiming other countries are stealing their jobs because evil corporate leaders, which he claims Mitt Romney supposedly once was when at Bain, shipped them away in the first place.  “Outsourcing” is a symptom of America’s continuously spiraling cost of living and lack of available talent, which is the real cause.

And what really gets my goat is the fact that “outsourcing” is always the whipping boy for corporate greed.  How about the software industry?  Forget shipping some jobs overseas, these guys want to automate  all corporate support activities and eliminate jobs altogether!  Why aren’t we seeing Larry Ellison, Jim Hagemann Snabe or Marc Benioff being demonized as job eliminators?  SAP just announced their best ever quarter – how many jobs have been eliminated because of the evil corporations plowing millions into their ERP platforms?  Why don’t we just call the software industry the “unnecessary job elimination industry”?

So how should the “outsourcing” industry deal with this?

For years, we’ve bemoaned – but ultimately ignored – the negative emotions that outsourcing incites, with which customers of outsourcing services really struggle (remember this piece?).  Most of have reluctantly agreed that we could never change the dreaded term, so we might as well be resigned to live with it.

And just when we were finally thinking that most of the mainstream IT and business process work, that uses some degree of offshore support, had become commonplace in today’s modern organization, the old “outsourcing is a dirty word” scenario has returned – and returned in spades.  This time, outsourcing is a really dirty word.  Just ask Bloomberg!

We all know Obama is pandering to the xenophobia of the masses to avoid losing votes to Romney.  We all know he’s not openly tackling the real causes of the US’ economic woes in his campaign… but he is the President.  And when the President is personally appearing on TV every 15 minutes, whipping up more fury about evil outsourcing, the services industry has, I’m afraid, now got an image problem that is worse than we’ve ever had.

We’ve made our feelings pretty clear, at HfS, that it’s time to evolve how we approach and promote global services.  Yes, it makes great conversation, but now the Pres is forcing the industry into a corner. We have to match the misperception of how the business and IT services industry operates with reality of what we really do – it’s clear these prejudices are not fading with time, the flames are always there to be fanned when it suits the purposes of protectionists and politicians.  Stay tuned, we’ll give you the opportunity to cast your vote soon about what we should do with “outsourcing” terminology, but in the meantime, I’d love you to share your feelings with us,