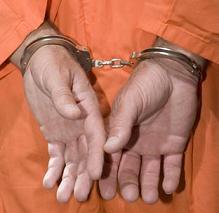 As the sheer magnitude of the unfettered lending and borrowing that has taken place over the last few years continues to unfold, I am hearing more and more calls to put banking and government executives who failed to prevent this (or knowingly encouraged this) on trial.  I am inclined to agree with them.  The BBC's Robert Peston just put out an excellent analysis of HBOS's final earnings report as a discreet entity:

This corporate division generated losses of £6.8bn in 2008 from loans and advances to businesses of £116bn.  It has had to write off an average of 47% of those loans in this area that have gone bad. Almost 12% of all its corporate loans are now classified as impaired or damaged. And as a percentage of the total corporate lending book, the impairment charge is just under 6%.  On the basis of those statistics, HBOS appears to have left a big bag of money open on the pavement with a sign saying "borrow what you want".

How can you give out over $100 billion in bad loans?  In Spain, for example, their banking system, which has been one of the least affected by the crisis, operates using dynamic provisioning, where each loan mustbe underwritten with capital in the banks' reserves.But what has transpired in the US and UK banks is tantamount to executives knowingly driving their businesses into the ground at the expensive of getting fat and happy themselves.  It's like hundreds of these executives were riding tigers without knowing when to get off. If I hear one more jingoistic anti-offshoring argument about the fact that a whole industry should be tarnished because a single service-provider was caught cooking the books… how about a whole industry cooking its books?