The politics of offshoring: all talk, no action 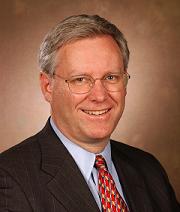 Many of you whom I've been interacting with lately know I'm concerned by the degree of protectionism from some politicians and a handful of organizations; namely the TARP-funded financial services firms and a few from the healthcare sector.  We recently discussed many of these issues here.

Professor Bob Kennedy, who heads up the William Davidson Institute, a non-profit research and educational institute that focuses on business and policy issues in emerging market economies, has been keeping very close tabs on these issues and I asked him to contribute his recent experiences and views with us.  Bob also has a new blog up and running entitled "Services Shift", and has recently released his new book, adorning the same name.  Over to you Bob…

Why No Regulation of Offshoring: Untangling the Gap Between Rhetoric and Action

Picking up on Phil’s April Fool’s day post, I wanted to share a few thoughts on why we see lots of anti-offshoring rhetoric from politicians, but (thankfully) very little actual policy.

There is certainly a heavy demand from the man on the street to “do something.” It’s easy to understand why. We have become accustomed to trade in manufactured goods and natural resources. But manufacturing accounts for only about 15% of US employment, and developing countries generally enjoy a fully-delivered cost advantage of 10-30%. This is disconcerting for developed country workers, and we frequently observe moves against trade in manufactured goods, such as spurious anti-dumping actions and “buy America” provisions in various pieces of legislation.

Services, by contrast, account for about 78% of U.S. employment, and developing countries enjoy delivered cost savings of 40-70%.

So developing countries’ advantage is much larger in services, and many more people are potentially affected. That explains the political heat and the politicians’ rhetoric, but not the lack of policy.

So, why haven’t we seen offshoring regulations? Because trade in services is incredibly difficult to regulate. Regulating trade effectively requires that two conditions exist:

1. The government can observe what actions firms are taking, and

To see why regulating offshoring is so difficult, consider the “offshoring” of auto components with that of IT services.

Second, if the Congress chooses to regulate this trade, it is fairly easy to do. Don’t let trucks from the plant cross the U.S. – Mexico border, or slap a tariff on auto components from Mexico. (Note that 99% of economists would recommend that Congress not do this, but most politicians are immune to the logic of comparative advantage).

Offshoring IT services. IBM has been fairly aggressive about moving software support services offshore. In boom times, IBM is hiring many people in India and a few in the US. So, in 2006 and 2007, IBM hires SAP specialists, software testing, and wireless telecomm engineers in its India operation. These IT specialists work with other IBM teams in Australia, China, Japan, Germany, the UK, and the United States to service global customers.

Then, following the financial crisis in late 2008, IBM decides to lay off systems engineers, maintenance engineers, and COBOL programmers in the United States.

Is it in any way accurate to claim that the SAP specialists hired in India in 2006 displaced the systems engineers laid off in Philadelphia in 2009? Of course not. These are people in different functions, hired at different times.

IBM is a global firm servicing global companies. Except at the most aggregate level, the US government has almost no ability to independently observe whether IBM is “exporting jobs.” They could, of course, require that IBM report on what it’s doing. But there is no chance IBM would report in a way that indicts itself. There is simply no way a regulator could accurately observe what the firm’s 300,000 employees are doing, and who they are servicing.

Second, even if Congress wanted IBM to stop hiring people in India, what could it do? Would the Congress threaten to cut IBM off from the Internet? Or from communications satellites? Would Congress be willing to impose fines that are massive enough to cause IBM to withdraw from international markets, where it realizes 68% of its revenues? Unlike trucks crossing the US-Mexico border, regulators have no ability to monitor the bits and bytes zipping around the Internet, knitting various work teams together and allowing the firm to service global clients.

The bottom line is that politicians are nearly helpless in the face of offshoring. Firms have a tremendous incentive to locate service activities in low-cost, good quality locations. Doing so cuts costs, increases capabilities, and creates competitive advantage. Politicians would like to regulate this activity, but they can neither accurately observe what firms are doing, nor come up with regulations that can be credibly enforced.

So, expect lots more rhetoric and, perhaps, some efforts to require new reporting by firms. But the offshore trend will continue unabated, despite politician’s hopes. In the short run, offshoring will cause more dislocation and pushback. In the medium and long-run, it will continue to raise productivity and living standards in both the developing and developed countries.

Bob Kennedy (pictured) is the Executive Director of the William Davidson Institute and the Tom Lantos Professor of Business Administration at Michigan’s Ross School of Business. His new book The Services Shift: Seizing the Ultimate Offshore Opportunity, explores offshoring from a managerial and strategy perspective. He also has a new blog on offshoring entitled "Services Shift".