Yes, the system is rigged… and the only way to unrig it is by reeducating ourselves 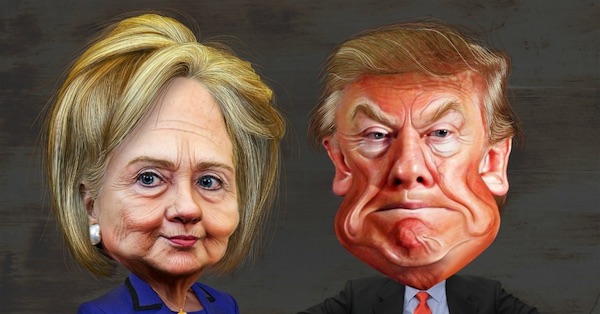 Thank the lord the worst election in living memory is only hours away from being done – whether a legacy politician or a dinosaur businessman wins, three outcomes are clear:

So we can quickly avoid the first two issues – not much we can do about those right now, barring revolutions and assassinations. However, the third issue is something that we can associate within our very own industry of business operations.

The “system” is all about maximizing margins without too much disruption

Great – so we’ve moved from shifting work overseas simply to eliminating it altogether.   That is the “system”, where only money talks anymore – the same system that presented this poor US electorate with two awful candidates who have only been focused on outspending each other on negative commercials, rather than proposing anything sensible for the country to create jobs and drive new growth and innovation. Is this really the best “democracy” could come up with, in the richest country in the world posing as the “land of the free”.

It’s time for a big reset

Most people have got lazier in the last 5+ years.  Virtual working, digital burnout, Millennials with a warped idea of what work actually is, new forms of adult ADD… whatever… something negative happened in the workplace and it’s getting harder and harder to find people with that “go the extra mile” attitude these days.  So many people have a sense of entitlement we’ve never seen before.  It scares the sh*t out of me. Forget “new normal”… we need a whole new reality.

We’re going to need a great big reset, driven by government, to get people relevant for this changing workplace.  At some future stage, we are going to have another downturn and these issues of worker apathy and irrelevance will magnify exponentially. People will actually have to take shitty jobs again… my god.

The Bottom-line: It’s all about resetting, retraining and reeducating ourselves

Investments at a huge level must be made in training and education, not handouts to people who’ve just lost interest in working anymore and like to complain the system is rigged against them. This would also stimulate a much larger and more flourishing education sector that creates more jobs and innovation. We need less of the angry politicians playing on the increasingly disenfranchised population. We need leaders focused on inspiring people to reinvent themselves, re-educate themselves and find that zest for working again. And not only do we need people who can understand data, digital apps, robotics and artificial intelligence… we need people who can cook great cuisine, compose decent music, write great books, teach our kids, police our cities… we need to unrig this system that has lost itself somewhere between a balance sheet, social media soundbites and bad news coverage.