Many of you will recall some great dialogue in the past with one of the true thought-leaders in global sourcing:  Peter Allen.  Peter has been one of the most prominent and consistent figures in the world of global sourcing over the last decade, where he played a key role as the public face of sourcing advisor TPI during the firm’s rise to prominence in recent years.  Not only was Peter a such pivotal figure for TPI in the global sourcing industry, but he also was the driving force behind its Consider the Source blog, that was such a great complement for the Horses over recent years.

Since departing TPI last year, Peter has ventured into the service provider world, where he spent time earlier in his career, and now assumes the mighty role of President of Global Sales and Marketing for technology service giant, Computer Sciences Corp.  I thought it time to drag Peter away from his latest culinary creation to shares some of his recent experiences with us since his venture over to the dark side…

Phil Fersht: Firstly, how are you finding life on the provider side of the fence?  Has anything surprised you?  What have been your main challenges and opportunities?

Peter Allen: After spending the past eight years serving as an Advisor to buy-side executives around the topic of shared services and outsourcing, I’ve found that the ecosystem looks very different from provider-side.

On a personal level, I’d start by saying that I am finding the challenges and opportunities as a service provider to be much more dynamic and creative than I appreciated from my prior tenure in the provider community (over 10 years ago). The energy around Clients and investment models, which are at the heart of any strategy to deliver the benefits of leverage, are quite progressive. The notion of business being defined at the level of a “deal” has, thankfully, been replaced by industry-oriented and client-driven strategies. Investments are being made in a much more targeted manner – on both sides of the relationships.

In fact, one of the biggest surprises for me has been around one of the more profound complaints that I commonly heard as an Advisor. Over the past several years, especially as the rise of wage-based sourcing took flight, Clients lamented the fact that the Outsourcing industry seemed geared around maintaining legacy business models at a lower labor-based price point. That was a real issue for many companies, but the realities of the recession left them with little recourse but to contract as a means of stemming the bleeding.

More commonly today, the propositions are being constructed around creating “new world” business models. That’s really encouraging to me – the promise of the industry is based around this premise, but I think we can look back on the past decade as one that was overly drawn into the gravitational pull of wage-based contracting.

Phil Fersht: Being such a respected market observer for so long, what do you see as the main opportunities and threats for the traditional incumbent providers in the face of tough Indian competition?

Peter Allen:  There’s a real paradox at play here, with technology at the center of the risks and opportunities for the outsourcing services industry.  I see a handful of substantial disruptive technologies converging to shape the form of our industry in ways that likely wouldn’t be possible on a discrete basis. These include virtualization of computing/storage/communications, off-premise hosting of business services (e.g., Cloud-based, SaaS), enterprise data management, cyber security, and holistic service integration. 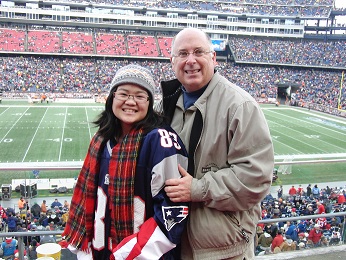 Any one or two of these, alone, might be seen as merely tools for selective adoption, such as we saw around workflow and imaging technologies. But, taken together, I sense that the business models for outsourced services are poised to change in very significant ways. Many of the characteristics of the old ways of contracting for outsourced services are being left behind. The test will be in the forms of contracting that these services embody.

As for what these new model imply for the service provider community – I think that those companies that built their business around wage-based services have run out of runway with their legacy business models and now have the opportunity, and expectation, to turn domain familiarity into technology-enabled business services. That’s a steep hill, but I wouldn’t sell the India-based leaders short in this regard.

Conversely, the traditional technology-oriented providers must decide between commodity-oriented portfolios of components versus vertically-integrated business services. The path of least resistance might not be the path of greatest reward.

Both classes of providers have real decisions and investments to make in order to win in the market that is emerging. Indecision is not an option.

In Part II of this interview, Peter discusses the future of Cloud Computing and its role in future outsourcing models, and also shares his views on where his old stomping ground, the advisor business, needs to go. Stay tuned…